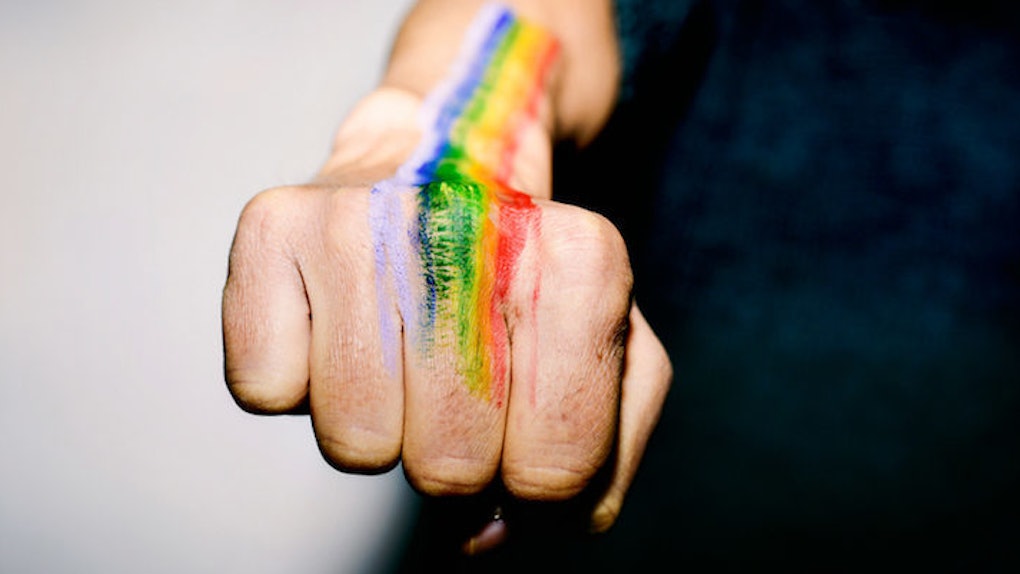 4 Common Misconceptions About 'Twinks' In The Gay Community

I know, in this world, you would think a skinny, smooth, fabulous gay man would make navigating the queer world easy.

Oh, you're so WRONG.

That's something we do in; we label everyone. Jock, twink, bear, otter, muscle queen, top, bottom and the list goes on and on.

Labels are all around us. Hell, look at your Scruff profile and it basically asks you what you are and what you're into. And there's a pecking order.

Being a “jock” in the gay community is seen as the holy grail of gays, even though the term jock is wildly misused.

Just because you can possibly see one ab in the right lighting while holding your breath for 30 seconds, my dear little gay boy, does not make you a jock.

Twink: a smooth-bodied, almost prepubescent-looking gay male. It also lovingly has a reference to a Twinkie (that spongy yellow cake you ate as a child).

The term “twink” comes with many assumptions, some that I am here to prove to be wrong.

Here are four major assumptions you have wrong about twinks:

This couldn't be further from the truth. Believe it or not, when you're at the bar/club next time and you see that gaggle of twinks dancing with each other, four of five are tops.

A wise man once told me, “The bigger the arms, the bigger the bottom.” Someone who's been around the block a few times has learned that this saying is spot on.

That big, buff guy you're drooling over may be "masc" in the streets, but will be facedown wearing your pillowcase as a mask the second you get him home.

I may wear an XS, but just so happen to be an L in other places (really, this needs no explanation). It's so annoying that because a person is skinny, that the assumption is they are small everywhere.

So size queens, next time you're looking for something a little more than “average,” look for your nearest twink.

Now, this is something that is quite controversial, because if you are feminine, who gives a f*ck. Except in the gay community, it seems that those who are considered feminine are seen as less than or oftentimes on the receiving end of a disparaging remark or insult.

A guy's size or stature does not determine their masculinity.

This is the most important. We genuinely don't give a sh*t what you have to say.

I'll continue being happy wearing my skinny jeans, listening to Kelly Clarkson and sipping on my vodka soda, splash of cranberry (all twink things).

In all fairness though, skinny jeans aren't all they're cracked up to be. They look fabulous, but me taking off skinny jeans while someone is in the room waiting is probably the least sexiest thing. Yeah, I think that's my only gripe about being a twink.

So all this may seem silly, and truth be told, it is. It's silly that we have to label everything and can't look beyond labels in the queer community. There are guys out there that literally won't even give me the time of day because I am a twink.

So the next time you want to judge me, FINE go ahead. But sure as hell don't shame me based on my physical stature.