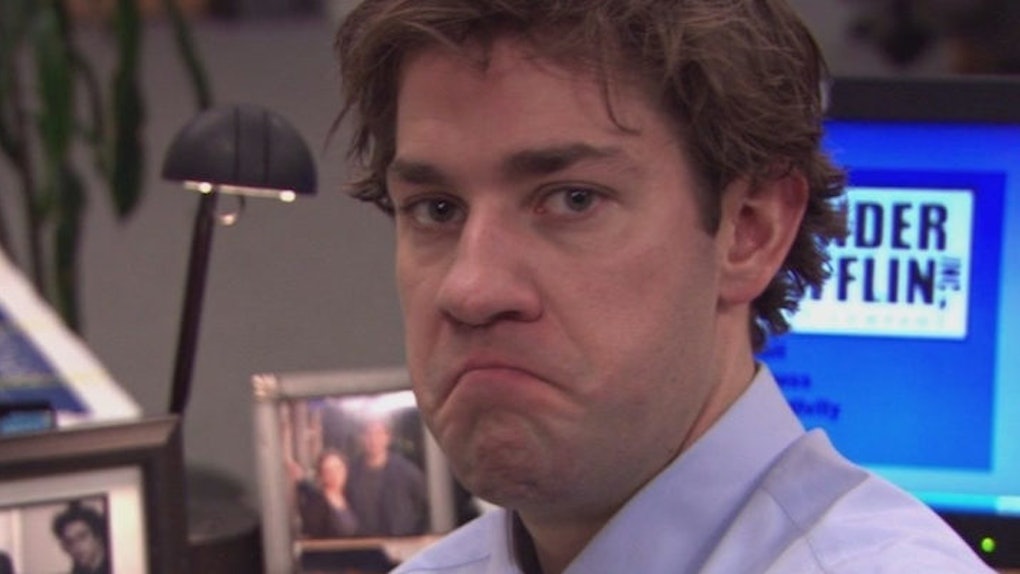 The open office plan is the seventh circle of hell, no matter which business employs you. When you're focused and quietly working, all it takes is one aside from the person sitting next to you ("Have you seen Ryan Reynolds' abs today?!") to totally throw you off.

I firmly believe you could have the contemplative brain power of a Buddhist monk and still fall prey to conversation. And for the 70 percent of workers stuck in open office plans, it's like an extended torture session from 9 to 5 every day.

It's not just the positive kind of distractions we're talking about. More frequently, being thrown off your work game comes in the form of a gum-chewing peer, someone who's decided the best time to talk to his or her doctor is right this second, in the middle of a crowd or (in my office) a giant inflatable unicorn that seems to have inspired an impromptu summer beach party at 1 pm on a Thursday. That's a true story.

Whichever form the noise comes in, open office distraction will inevitably tear you away from the project at hand.

In a recently published office culture report from Oxford Economics that included 300 Millennials, it's clear our generation has real trouble with the lack of personal space. When asked what could make them more productive, the ability to focus without distraction ranked number one by a long shot. It was followed by the need for space in which to communicate effectively with co-workers and seamless integration of private and personal tech.

Researcher Adrianna Gregory wrote in blog post about the survey,

These findings probably are not surprising to anyone who reports to an open-plan office themselves ... I'm listening to the sound of ocean waves on my white-noise app as I edit this post; Ed Cone, who ran this research program with me, prefers a 'rainy mood' website.

Since the 1970s, scientists have been studying the way office plans affect productivity and employee happiness, and the results aren't good. Data reveal this office style not only cuts down on productivity but also encourages a culture of resentment among employees. You don't want to start hating the man who chews loudly, but you don't have a choice if he's sucking on salad leaves less than a foot from your face.

A key part of the debate is the divide between executives and underlings. Because CEOs and the like often sit in cushy offices with windows, they grossly overestimate the positive aspects of the open plan. It's only by sitting among the rabble (oh, I went there) that they start to understand laughter doesn't equate to strategic gains.

In fact, open plan office culture is so obnoxious it has led to numerous lifestyle guides on how to make the situation more bearable. One particular wellness article from author Susan Cain's Quiet Revolution recommends hanging coat hooks to build your own makeshift dividers and booking conference rooms two hours a day to finally get some headspace. Whether your personal solution is don't-talk-to-me headphones or a chair located in some distant corner of the office, solitude is key to actually getting work done.

Maybe the problem isn't Millennial work ethic at all but rather an office culture that's designed around executive-enforced “fun” and “collaboration” instead of plain, unsexy hard work.

Citations: What Millennials Want But Don't Get at Work (Inc.)