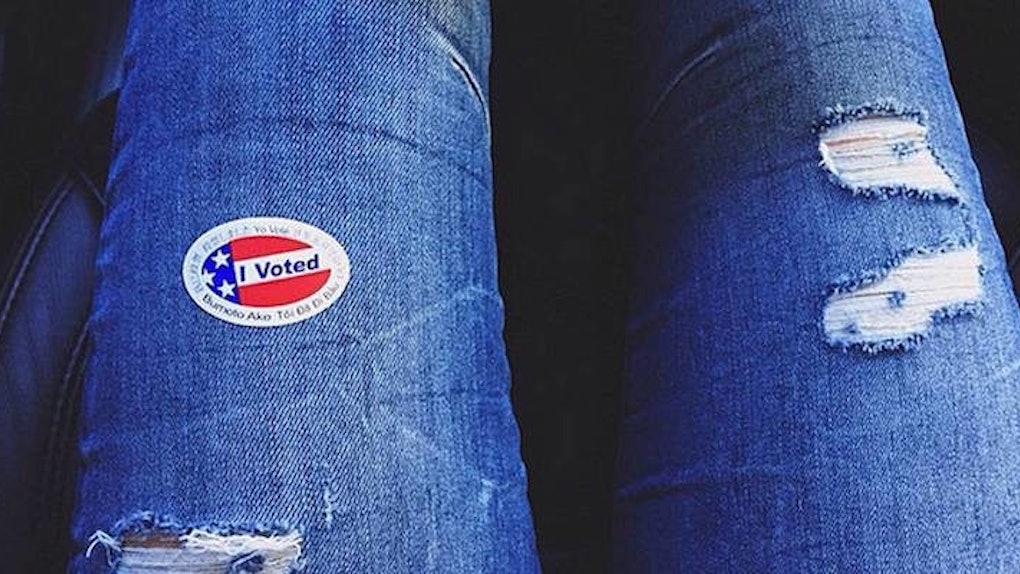 Why Millennials Should Voice Their Gun Stance In The 2016 Election

They say anger is a secondary emotion.

It stems from something else; something raw and perhaps more vulnerable.

Well I’m pissed as all hell.

And while it certainly doesn’t feel like a secondary emotion, I can take a step back to acknowledge that it is.

Underneath my fury, my frustration and my unanswered and unspecified woe is that familiar, stinging sensation: fear.

I’m terrified. I’m boiling with illogical and hypothetical and validated emotion that scares me to no end.

I’m not upset that 14 innocent lives were taken by reckless bullets; I’m not aggravated that there are maps depicting the mass shootings in public schools, movie theaters and towns throughout our country; I’m not raging mad that my beloved Santa Barbara, an easy-living college town that was once known for endless summers and bare feet, is now part of a list of preventable violence.

I’m scared that my future children won’t have a chance to experience the world without both fearing the unknown, or knowing that there is an escape a trigger pull away at all times.

I’m fearful that a bullet will take the lives from those around me and the life from the world I know.

I’m watching it get worse.

I’m scared because the stories strewn over the media, the debates on television and the back and forth about our Second Amendment are being seen, being read and being talked about, but they remain stories with an open end and without a solution.

I scrolled through my friends’ sentiments about the San Bernardino shooting on social media yesterday.

In between pictures and memes and mindless updates were the many outpourings toward the unthinkable tragedy that took place. Except it’s not unthinkable. It’s awful and hard to watch, but it’s a storyline we have grimaced at too many times.

Gunmen on the run who shot down innocent mothers, fathers, brothers and sisters is bleeding through our television sets today. We are angry, of course, but underneath that anger is fear.

It’s time to rock the vote.

It’s time to exercise our power as a democracy because mourning over these tragedies is necessary, of course, but it is not enough.

It’s time to do our part as a nation and protect ourselves, our youth and our future.

It’s time to stop waiting for the next shooting, horrific report of lives loss or lead-laced violence. It’s time to speak up. And what’s louder than your vote?

We have less than a year until our nation elects a new leader, and hoping for the best isn’t ok. It never has been, but our voice is needed now more than ever.

Stand up for the rights we need and those that our ripping our communities apart.

Research. Read. Decide. Be bold. Be vocal. Be empowered. Be scared, but don’t be quiet.

Register to vote and then exercise this right.

And when you punch a hole in that ballot, when you make your choice, when you check a box, remember San Bernardino. Remember Sandy Hook and Isla Vista and Columbine, and give in to your fear.

My fear stems from more than these terrible mass shootings.

Beyond our news and the media is the damages that guns impose on the lives that we often are too afraid to talk about. The suicides, the police brutality, the accidents -- the damage is much closer to home than many of us may recognize.

But if we truly look at it, it’s scary.

I’ve never held a gun. Honestly, I’m not sure if I’ve ever even seen one. They scare me.

Whether that’s because of a movie I saw or the way I was raised or perhaps my own take on the social commentary, that fear is real. And in the name of fear, I choose to rise up and face it.

Guns are not the only weapon hurting innocent people and the right to bear them is not the only amendment that leaves room for error, but I don’t need to spout of statistics to prove how important this issue is.

Now, more than ever, choose to make a change.

I’m angry and I’m scared and I’m trepidatious for the future. We live in a world where guns are necessary and weapons are, unfortunately, protocol for many situations.

But let’s get them out of as many pairs of wrongful, hateful and scared hands as possible. Let’s start somewhere. Let’s stop relying on the idea that we’re protecting ourselves.

Because what is it that we are protecting ourselves from?

Don’t let this election pass you by without considering what drives your anger.