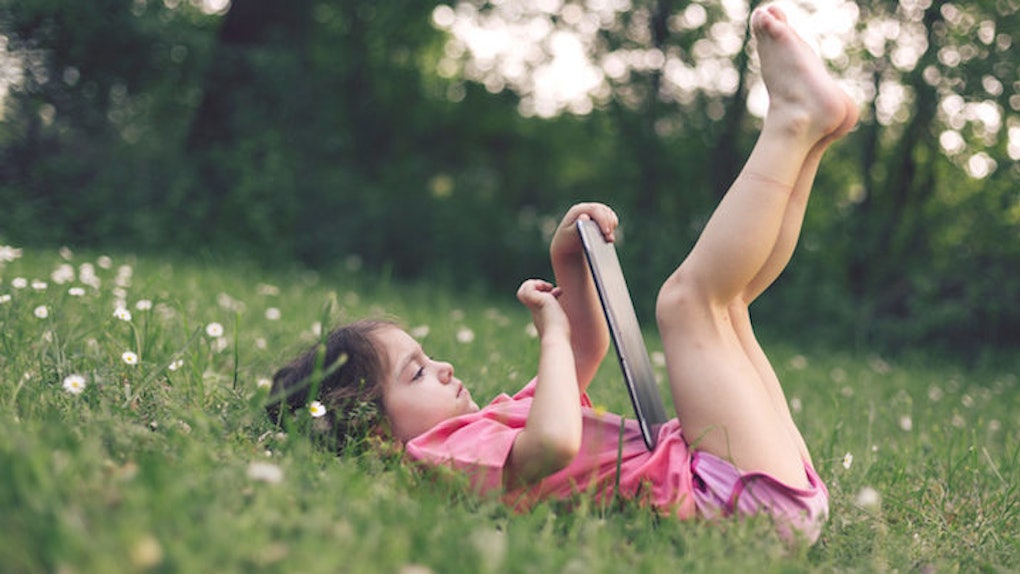 How Millennial Moms Are Battling Technology's Influence On Their Kids

About 13 months ago, my younger, now-22-year-old sister knocked on my door at some ungodly hour.

When I reluctantly opened the door, she didn't say anything. All she did was open her hand to reveal two positive pregnancy tests.

Well, that was certainly unexpected.

After a rough pregnancy of high blood pressure and bed rest, she gave birth in January to my nephew, Lincoln, two months early.

She shuttled herself back and forth from the hospital multiple times a day to see him in the NICU, and she has become a very hands-on mom since he's come home.

He's now healthy, happy and as round and chunky as I wished his little arms and legs to be. (Don't you love chunky babies?)

She faces the everyday challenges of getting him to eat when he's cranky, getting him to sleep during the right hours and catching puke before it hits his third outfit of the day.

That's normal, sure, but Millennial moms face a different set of challenges than, say, my mom and her friends did when we were growing up.

Even now, as my little rollie pollie is less than 1 year old, my sister and I have had to talk about what it's going to be like when he gets older. Not if he'll do well in school or if he'll play sports — no, we discuss how long he'll have to wait before he steps into the world of technology.

For many Millennial moms, deciding on the appropriate age for baby's first electronic is a heated debate. Some believe an iPad at an early age is appropriate, so long as the time is monitored and it's used for educational purposes.

Others feel like we're teaching our kids the wrong way and shouldn't have them sitting in front of a screen claiming they're learning their ABCs, when really they're sling-shotting birds at a rickety tower that somehow never falls.

But it's not just the idea of putting kids in front of a screen and turning them into techno-zombies. I think the problem is much deeper than that.

The decision to withhold electronics from children is an important one.

Without the Wii, the iPad, using Mom or Dad's phone or watching 10 hours of "Mickey Mouse Clubhouse," the kids are free to be, well, kids. There are plenty of activities that help their brains grow, which don't require a screen.

Reading a story together, coloring, writing numbers in chalk or playing board games help kids gain focus, learn the important basics and have fun while they're doing it.

The constant screen time also takes away from even more important things, like playing outside or being social.

Here's an example: I have been taking care of the same three kids since the oldest (now 7 and a 1/2) was 6 months old. I love them, but they're totally addicted to multiple forms of technology and don't play outside nearly as much as they should.

We were recently at their country club pool and sitting down to eat lunch when they saw a dragon fly. All hell broke loose and all three kids went into a tizzy. A few other patrons and I tried to calm them down, but the bugs were just too much for them.

This is the problem with kids not going outside enough; they become scared of anything that doesn't belong in a house or can't be immediately squashed on a screen.

The more time kids spend inside addicted to their screens, the less time they spend outside and the more fearful they become.

By not going outside and not engaging with other kids, they shut themselves out and don't learn the basic fundamentals essential to common social norms like knowing what is and isn't okay to say or do to someone.

Gaining social skills has to start from a young age so it becomes cemented in their brains.

Most Millennial moms face this problem, and the answer is different for every single one of them.

These are the problems my sister doesn't want my nephew facing.

She and her boyfriend want to make sure Lincoln develops the way we did, and knows there are other means to growing and learning that don't require him to park it in front of a screen on the reg.

He also won't have a phone until it's necessary.

And, with an aunt like me, he's guaranteed to be addicted to books instead of a screen.