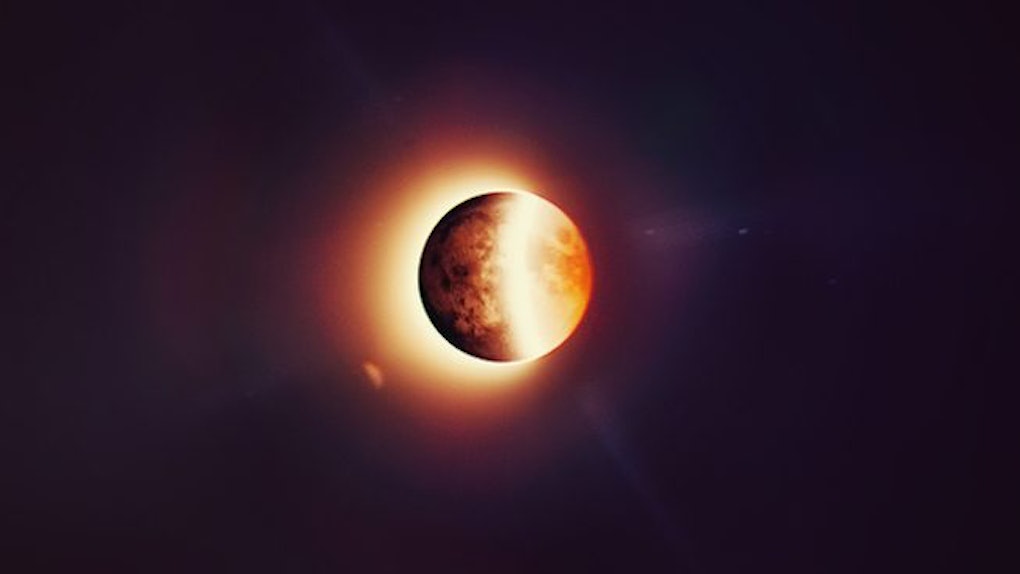 What Time is the Lunar Eclipse? Here's What You Need To Know

If you've been anywhere near the Internet lately, you've most likely heard some gossip about the upcoming lunar eclipse. If you're not already in the know, the lunar eclipse is happening today, August 7, people... so get ready to embrace it. Here's what you need to know.

Hold Up: What Exactly Is A Lunar Eclipse?

A lunar eclipse happens when the Earth throws some major shade at the moon. See what I did there? Really though, in an eclipse, the Earth completely blocks the sun's light which bounces off of the moon.

The blood red moon is a result of light from the sun passing through our planet's atmosphere in the direction of the moon. Many of the colors of light don't make it through the atmosphere, but red does more easily, giving the moon a fierce red glow.

OK, When Is The Eclipse Going Down Today?

The lunar eclipse that's happening today is meant to occur in ET between 11:50 a.m. and 4:50 p.m. -- just a little over five hours long. This is all very cool, but unfortunately, today's eclipse is just a partial eclipse, and those of us in the United States are on the wrong side of the world to view it IRL. Luckily, though, the Internet has a spectacular solution so we can all get in on the action.

If you want to watch this partial eclipse, you can catch a live stream of it happening in regions that can see it, including South and East Asia, Europe, Australia, and Africa. And if you're looking forward to a total lunar eclipse over here, you don't need to wait long. In fact, North America is due for a total solar eclipse just this month, on August 21.