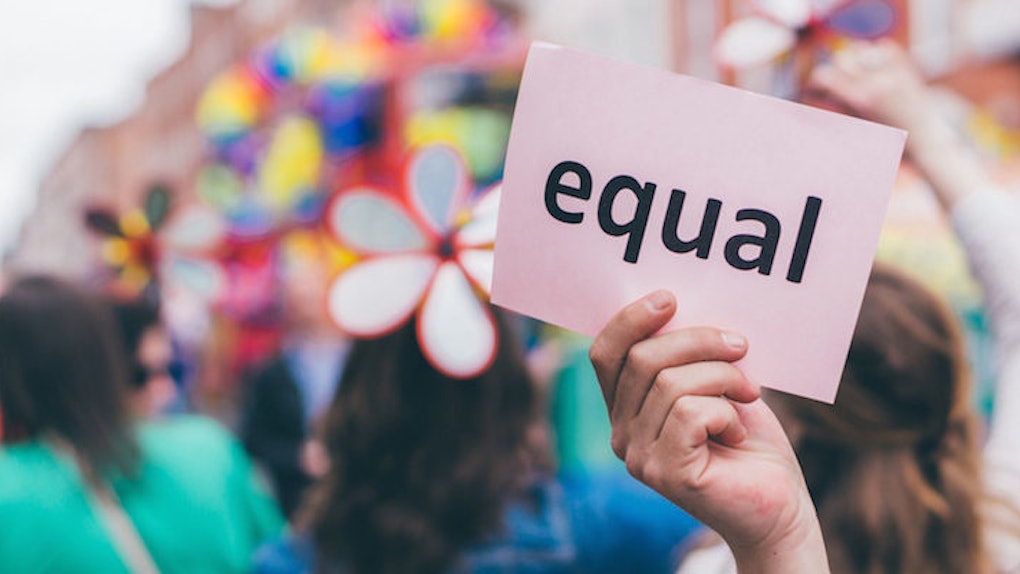 9 Times Allies Should Feel Comfortable Speaking Out Against Ignorance

Identifying as an LGBTQ+ ally is a huge responsibility.

You're faced with hard decisions of picking and choosing your battles.

While you may want to speak up and correct people, it may not always be the right time or the right situation.

However, if you're a passionate ally, it can be hard to hold your tongue and not stick up for the LGBTQ+ community.

Additionally, for someone educated on topics within the LGBTQ+ community, it can be hard to remember that not everyone is as quite as educated as you are.

It's hard to know whether someone is interested in hearing what you have to say, or if you're just be wasting your damn breath.

Here are nine times this struggle often occurs, and a decision of daring to speak up has to be made:

As you may or may not know, gender is very different than sex.

However, a lot of people don’t realize this at all.

When a new mother is having a child, she may say she's finding out the gender, but it’s really the sex.

No one can determine a person’s gender before he or she is born.

It’s common to want to speak up as an ally or activist, but make sure you're doing it gently.

2. “Those lesbians over there are so annoying.”

Not only is this a wildly offensive statement, but unless you know the couple personally, you're probably assuming those people are lesbians.

Rather than making it a big thing, you may want to just calmly say, “How do you know they’re lesbians?”

It brings up a topic of determining a stranger’s sexual orientation without actually knowing him or her, which is actually impossible.

3. “I guess I just don’t approve of your lifestyle choices.”

"Lifestyle choice" and just the word "lifestyle" is offensive to the LGBTQ+ community.

Identifying as LGBTQ+ is not a choice, and it's certainly not a lifestyle because it's an identity.

If possible, you should speak up at this time, especially if you think it's offensive to you or those around you.

It may be difficult, but it is always worth it.

This statement is categorizing within the gender binary.

This may be said in a store about something someone is thinking of purchasing.

However, it’s not right to categorize products (or anything, for that matter) by gender, especially male and female.

There are many other genders beyond male and female.

This is also offensive, and often, it appears as unsupportive of a person’s identity.

There should not be a pressure to convince someone of your identity because it is personal and individual, and it really doesn’t involve anyone but you.

6. “I don’t know why he’s coming out if he’s never even been with another guy.”

Coming out is a completely personal choice, and it should be done on the individual’s own terms.

No matter what the person’s experience is, he or she knows when he or she is ready to come out.

It doesn't matter what anyone else thinks.

The “they” pronoun can be tricky at first because it often comes off as the plural, as in referring to multiple people.

However, it is used as a gender-neutral pronoun rather than he or she.

People should respect that and realize some people identify this way.

In fact, it's a good idea to use the “they” pronoun if you don’t know how someone identifies.

Although gender is an amazing identification, it really isn’t important.

So if you’re not sure, so there’s no need to clarify.

As an LGBTQ+ ally, you have to pick your battles.

When faced with situations like these, you have to analyze the situation by asking yourself, "Do these people care? Is this really going to help them? Am I prepared for backlash if they give me attitude?"

Always go with your gut, and don’t be afraid to speak up if you think others are hoping you do for their comfort and safety.