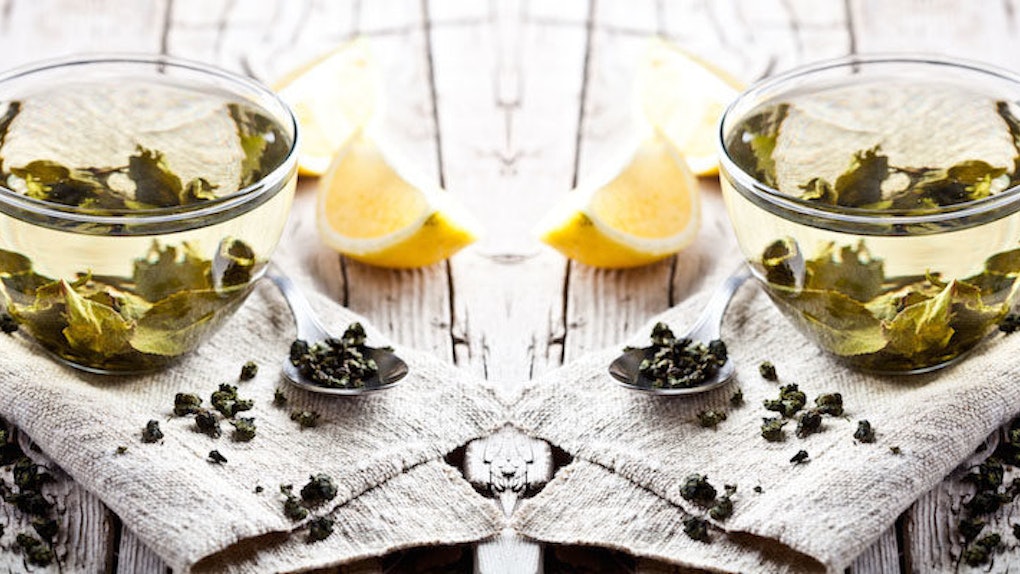 Leaves Over Beans: Why Tea Is Hands Down Better Than Coffee

Health fads are no new thing.

Some thing gets popular, like bee pollen pills or gluten-free cookies; everyone gets on board; and suddenly, we’re all doing it.

While some crazes are anything but healthy, once in a while, something catches on that's beneficial for everyone.

Let’s talk about everyone suddenly being super into teas.

Right now, tea is everything. When you think about it, it’s kind of ironic considering tea has been around for about 783,982,100 years.

Yet, here we are, America, suddenly on a grand old tea kick, ready to throw our Coffee-mate out the window and replace it with ultra-healthy tea.

Unlike with white guys with dreadlocks, we finally came around.

Tea is definitely the new coffee. I’ll even openly admit that I cashed out my coffee stash in favor of matcha tea.

So, let’s get down to the nitty gritty and find out what makes tea superior to coffee.

Between the high levels of anti-oxidants, calming properties and slowly released caffeine, tea is absolutely the perfect beverage to improve your life, health and focus.

Elite Daily rounded up some of the brightest and most knowledgeable tea experts in the business to get the low-down on why tea has made it into the limelight, leaving coffee in the dust.

Tea and coffee can be complementary bevs, but tea tends to outplay coffee where it really counts.

While both are great pick-me-ups, tea has just the right amount of caffeine to get you going.

According to Kevin Borowsky, vice president of The Whistling Kettle,

“Coffee has health benefits, but the caveat is higher caffeine and acid, which should be limited.”

Borowsky also tells Elite Daily that another benefit tea has over coffee is a higher diversity of flavor profiles.

So, instead of the regular old vanilla or hazelnut latte, you can open your taste buds on a much wider scale with tea.

Not only does it taste better, it’s better for your health, mind and wellness!

So, clearly tea is the sh*t.

Naoko Tsunoda, Teavana's tea authority and director of tea development, adds that, “Tea contains catechins, which are natural forms of antioxidants. The amount of catechins varies based on the type of tea you drink. Matcha also contains vitamin A, vitamin C, iron and fiber.”

We’ll take five or six cups, please. Borowsky points out that this is the “sweet spot” for daily consumption.

Can you imagine if you drank five or six cups of coffee? Your heart would explode. Hard pass!

But what about the caffeine jolt we all so desperately need?

Volkova tells us tea has three main stimulants that have soothing, relaxing effects on your body while simultaneously keeping you alert and focused.

Theobromine: is a mild diuretic. It also helps to relax your muscles and the nerves in the veins, so the blood flows easily.

L-Theanine: is an amino acid that reduces mental and physical stress.

While coffee does contain more caffeine than tea, “compounds in tea also lower the absorption rate. If you plot a graph of coffee, you will see a steep rise followed by a drop for the caffeine ‘buzz.' A graph of tea shows a lower peak, but a longer one with a gentle slope,” Borowsky tells Elite Daily.

The slow release of caffeine combined with tea’s main stimulants provides the drinker with an “alert calm.” So, you'll be revved up but totally chilled out.

That might sound pretty kumbaya, but that doesn't make it less awesome. Get out, haters!

What could possibly be the best tea for all this goodness?

Yep, you guessed it! Matcha!

Matcha is a finely ground green tea that is consumed whole, making its antioxidant levels 137 times that of green tea.

Tsunoda tells us matcha is the best “because of the L-theanine and caffeine combination that naturally occurs in [the] dense fine green tea powder.”

Matcha has more antioxidants and phytonutrients than all the major super foods combined! And did we mention it cures hangovers? Can your coffee do that? No? Hmmmm!?

Don’t leave the green, black and white tea in the corner

The benefits of tea vary depending on the type you’re drinking.

“White tea is the least processed and fermented. It has three times more antioxidants than green tea.”

Following white tea, we have green tea, oolong tea and black tea. With all that said, ALL tea is super good for you, and all tea has plenty of awesome health benefits.

As Volkova tells us:

So, while your double Americano might get you moving in the wee hours of the morning, it’s really got nothing on tea.

Tea not only boosts your energy but also improves your mood, your focus and your immune system.

It will literally make you a healthier and happier person.

Ladies and gentlemen, I believe we have a winner.