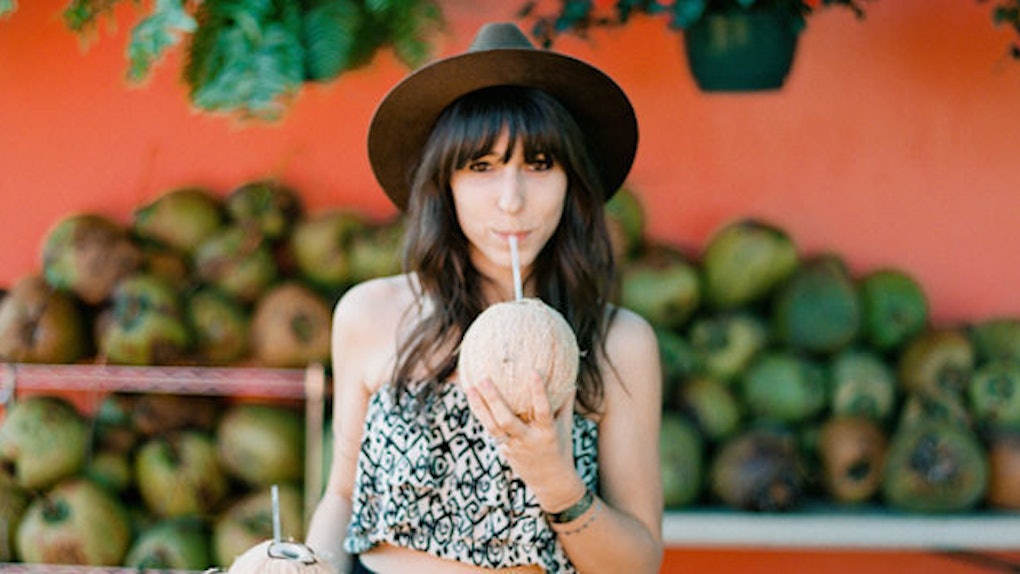 Caffeine Crashes: 5 Benefits Of Cutting Coffee Out Of Your Life

When people talk about drugs, the first thing that pops up in your mind are illegal drugs: marijuana, cocaine, heroin and prescription pills.

However, many don't realize the majority of the world are drug addicts. In fact, one of the most powerful drugs on the planet is completely, 100 percent legal.

Caffeine is one of the strongest drugs people become addicted to. Ten grams of caffeine can actually KILL you.

Roland Griffiths, a professor in the psychiatry and neuroscience department at the Johns Hopkins School of Medicine, referred to studies that have demonstrated people who take in a minimum of 100 mg of caffeine per day (about the amount in one cup of coffee) can acquire a physical dependence.

Many of us don't realize just how dependent we are on caffeine and coffee because it's something we enjoy. It becomes a part of our daily routine.

But, actually, cutting down (or out) on coffee can be good for you.

I decided to cut coffee out of my life. I used to be an avid drinker. I would have a large black iced coffee every morning, and possibly another one in the afternoon.

If I was working, I'd need at least two coffees in the morning to start me off. I hated the fact I was so dependent on something to get me by, so I decided to make a change.

Here are five things I learned:

1. Withdrawals from caffeine are real.

As with any drug you take for an extended period of time, when you cut caffeine out of your life and your body, you will go through withdrawals.

I've heard about drug withdrawals and the scary trauma people experience when they stop using, but I never considered I'd experience it firsthand. I was never a drug user, so I didn't think I would ever be in this position.

Withdrawals from caffeine are a real and painful thing. When you cut down or stop drinking coffee and caffeine all together, your body needs time to adjust.

For light coffee drinkers, withdrawals may only last a week or two.

But, for heavy coffee drinkers like myself, experts say withdrawals can last up to two months. When I first cut out coffee, I was irritable and always on edge. I felt myself crashing early in the day, no matter how long I slept.

I constantly had a throbbing headache.

If you're like me, a post-graduate on a budget, even saving five dollars is a lot of money.

When I was in college, I worked at restaurants; therefore, I had the luxury of free coffee to go along with my double shifts. But when I began working in the city and commuting, coffee became a staple in my expenses.

I would spend anywhere from four to seven dollars in the morning for a coffee (depending if I got Starbucks or Dunkin') and another five dollars in the afternoon for my second dose. That's almost $12 a day on coffee. That's $84 a week, $336 a month, $4,032 a year.

By cutting coffee out of my life, I was able to save money and use it for things that are worthwhile, like traveling, loans, bills and my social life.

3. My teeth became much whiter than before.

It's a scientific fact that drinking coffee can make your teeth less white. Coffee can even stain your teeth worse than tobacco and smoking. This is because our teeth are made up of enamel, which are almost like tiny little rods.

Coffee and other products stain our teeth by getting caught between these rods. The best way to prevent tooth discoloration is by cutting down on coffee.

To me, my smile is important. In my line of work, first impressions are important.

I don't want to greet somebody with a faded smile or brown-stained teeth. I've been off coffee for a little over two months and my teeth have noticeably become much whiter.

Everyone experiences the dreaded coffee sh*ts. Coffee is a diuretic, which means it makes you poop. I remember commuting on the train and finishing my large coffee, feeling that gurgling in my stomach that only means one thing: find a toilet.

I was frequently experiencing problems going to the bathroom, and I also felt sharp pains in my stomach at random times.

My acid reflux was also becoming an issue. All the doctors I met with told me coffee triggers these kinds of issues, and cutting it out was the right decision.

5. I sleep better at night.

Either way, we're all looking for a better night's sleep in order to feel great in the morning.

Many people don't realize caffeine stays in your system throughout the day.

When you consume caffeine, it takes your body up to six hours to eliminate only half of what you've consumed. If you have a lot of coffee in the morning or afternoon, it can be the reason you're kept up at night, tossing and turning.

Once I stopped drinking coffee, I was getting to bed earlier and waking up feeling well-rested. So well-reseted, in fact, I didn't feel the need to drink caffeine to get me through my day.

It's probably the best decision I've ever made for myself and my body.