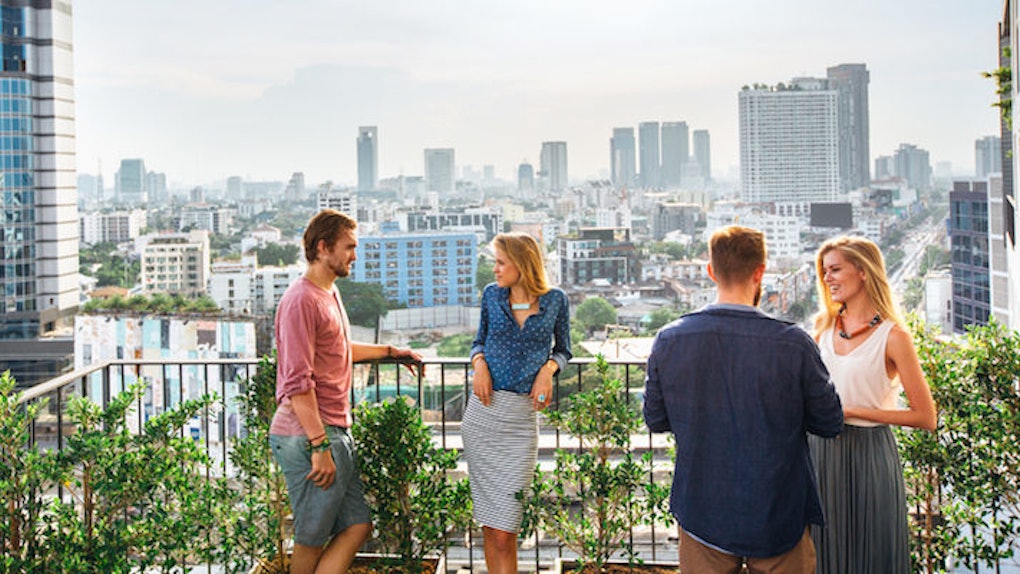 The American high school experience is pretty uniform. You have your cliques, your test scores, your bad outfits and your inevitable class reunions.

Whether you grew up in the farm country of the Midwest or the busy streets of Brooklyn, those adolescent years always come back to haunt you.

These days, one person can create a Facebook event and be done with it. Social media allows us into the lives of people we never thought we'd see again -- that is, until the reunion.

I’m from Milwaukee, Wisconsin. I went to a high school that had about 350 kids per grade. It was a well-known fact that the student body presidents planned the high school reunions.

And I was the student body president. So it was up to me to make sure this thing happened and was going to be fun.

We purposefully skipped the five-year reunion because it seemed unnecessary. For the most part, people went to college in the Midwest and came home for holiday and summer breaks.

Plus, social media kept us all in touch. So we waited ten years to have the official first reunion.

Ten years after high school allows for a lot of life changes. People have married, broken up, had babies, moved away and, yes, passed away. There are a lot of things to catch up on at the 10-year reunion.

For our venue, I chose a downtown bar for a simple night out the day after Thanksgiving. A little over 100 people showed up. And they got drunk. If there’s one thing people need at a reunion, it’s the social lubricant of alcohol.

It ended up being a good time once we got past the initial awkwardness.

Whether we’re talking about a formal high school reunion, a casual run-in on the street or a small gathering of old friends, there are some universal truths about all those people you grew up with and graduated with those many years ago.

Here are some things you’ll learn during your next high school reunion.

1. You pretty much already know everything about everyone from social media.

Even if you don’t want to know what these people are up to, somehow you do. Unless you’re someone who has done a good social media cleanse of all non-friends, you still follow those people you knew back when.

You know that so-and-so has three kids and that that girl moved abroad to Spain for a year. You know that he Instagrams #FoodPorn all the time and that his former best friend is now dating his ex.

2. The men age worse than the women.

It’s a sad fact, but it’s true. The boys are balding and have dad bods. They still wear Levi's and button-downs, and they don't appear to be updating their look anytime soon.

The ladies, however, finally learned how to pluck their eyebrows and put together a semi-decent outfit. They have more confidence in their bodies than they did during those awkward body image issues of adolescence.

3. EVERYONE has gained weight (And you hate the one girl who hasn’t).

Whether it was the “college 10” or pregnancy, everyone put on a few pounds. You’re not 17 and playing three varsity sports anymore.

Then there are the unicorns who somehow have a better body than they did when they were 18. Naturally, everyone notices -- and secretly hates -- that person. How does she do it?!

4. Someone is still doing drugs in the bathroom.

Yup, the stoners are still stoners, and now you don’t have to worry about someone’s mom catching you with a bong in a basement. Plus, who cares about weed these days, anyway?

5. Everyone drinks like this is someone's parents’ basement #HighSchoolWasted.

You've gotta drink to get through talking to some of these people. Plus, it’s like people’s minds revert back to the old days of taking vodka shots and slamming Miller Lites as soon as they’re in a room together.

#HighSchoolWasted is so fun... until the next morning, that is, when you wake up and have to catch a flight home back to reality. Or -- even worse -- you have to be a responsible parent and family member with a raging headache.

6. There’s always that one kid you never noticed in high school who is now super hot.

7. Those old inside jokes and nicknames live on and are still hilarious.

Remember when Gabe got expelled for smoking weed in the bathroom, bought all the candy in the cafeteria, and then threw it out to everyone? Or when those two girls got in a fight and pulled out each other’s weaves?

The guys will still call you those horrible nicknames they came up with while they were crushing on you. And you’ll reminisce about pranking your teachers and getting arrested at those infamous house parties.

8. You still remember some people's phone numbers... like their land lines.

9. The married ones with kids are the people you least expected to settle down.

And it kind of makes you wonder what you’re waiting for, because they really do look happy (Then you go back to getting #HighSchoolWasted and forget about it).

10. That one girl is still trying to impress the boys.

UGH, STOP IT ALREADY. You don’t have girlfriends because you’re a bitch, and the guys like you only because they think you’ll sleep with them. High school is over, so give up.

11. Two people you never thought would date are going strong.

Gotta love the two old friends who finally get together and make it work! They were definitely the "Should've Been a Couple" superlative.

12. The spouses who didn't go to high school with you are awkward until they have something to drink.

It’s tough to be the only outsider at a get-together... especially when that get-together is a high school reunion. So what do you do? YOU DRINK!

13. You remember the people you hooked up with (and some you wish you didn’t).

This is especially awkward for the people coming with dates. It’s probably the only time your weird high school ex will meet your husband. Or... one can only hope.

14. You realize how many people you really didn’t know.

This always happens to the kids who were in the same small classes for four years (AP classes, amiright?).

They saw the same 30 people for all of high school. It's so uncomfortable to have to introduce people who probably should have known each other already.

15. Someone is finally out of the closet.

High school doesn’t always help people be out and proud. But post-graduation life allows for a lot more freedom to be who you really are -- and live the lifestyle you always wanted.

A shared hometown is a powerful link to have, but it's not always a reason to stay friends with someone.

Sure, you might have been close with some people back in the day, and now you’re seeing each other for the first time since. But catching up isn't the same thing as rekindling a friendship.

There’s a reason reunions happen so sporadically. And, though they can be quite awkward, they usually end up being a good time.