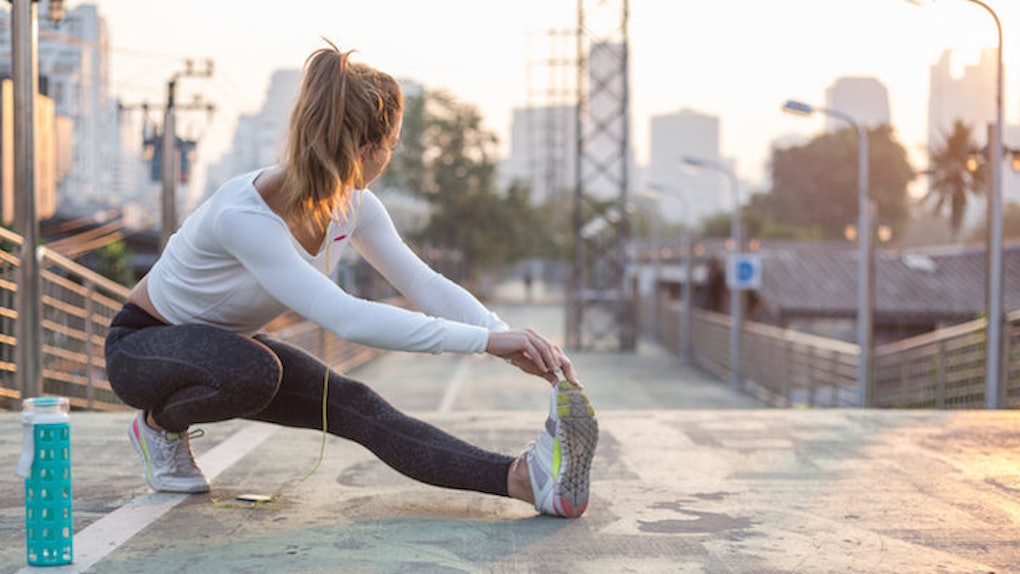 Whatever your New Year's resolution may be, why is it so often a week after NYE (or perhaps a little longer if you have more self control than I do), the resolution goes down the drain?

A study done by the Journal of Clinical Psychology found that, "six months into the year, fewer than half  (only 46 percent) of people participating in resolutions were still keeping to their pledge."

Is it because we don't have the attention for it, or simply because we just suck?

Nope. Turns out there's an actual science behind it.

Psychologists and scientists have been studying this phenomena have found that the reason we so often throw our resolutions out the window is because we make them too general.

A New Year's resolution is simply the formation of a habit.

Here are four ways to form your habit, keep your resolution and kick 2016's ass:

Too often, New Year's resolutions turn into a long list of things that we want to fix about ourselves or our lives. It's virtually impossible to check every single one off, and when we add too many things to our list, our mind isn't able to focus.

Instead of making a long list of changes to check off, pick the one that is most important to you at this point in time. Once you pick one resolution, you'll be able to devote your time and effort to just one thing, which increases the likelihood of success.

2. Be prepared for obstacles.

The biggest culprit of ruined New Year's resolutions is our inability to accept obstacles or setbacks. It's only human nature that once you mess up once, you feel like a failure. If you fail to anticipate a couple setbacks, you'll be completely unprepared when that obstacle rolls around.

If your New Year's resolution is to shed a couple pounds, account for the fact that one night you might come home and drunkenly eat your entire kitchen, and that's okay.

The important thing is you don't let it ruin your entire plan. Go to the gym the next day and keep on truckin'.

The highest reason for failure is the simple fact that we're designing our plan and strategy wrong. The mind works in mysterious ways, and when we have a shorter-term goal, we're more likely to stick to plan.

Like stated above, instead of making your resolution to "lose weight," strive for a resolution that is more of an action, i.e. "go to the gym four times a week," or "only eat dessert twice a week."

Structuring an actual activity makes our brain more focused on that activity, which will then result in the success of your goal.

Everyone (or almost everyone) is familiar with Ivan Pavlov's classical conditioning theory: Give a dog a treat every time it sits down, dog sits down because they want said treat.

Believe it or not, humans are not above this theory.

Don't forget to reward yourself throughout your entire process.

Having something to look forward to will subconsciously force your brain to make whatever your resolution is a habit.

Examples can range from buying yourself new running shoes or workout gear for every 10 pounds lost, or something as simple rewarding yourself with a piece of chocolate for X amount of days without a cigarette.

Whatever your resolution is, don't forget to treat yo self. You deserve it.

The beauty of New Year's is the vision of a clean slate, a time where we can start fresh and hopefully make the changes that we want to see in our lives.

Come January 1, don't let things that have ruined your resolution in the past come with you this year.

Implement some of these ideas, and you'll be ready to kick some ass in 2016.