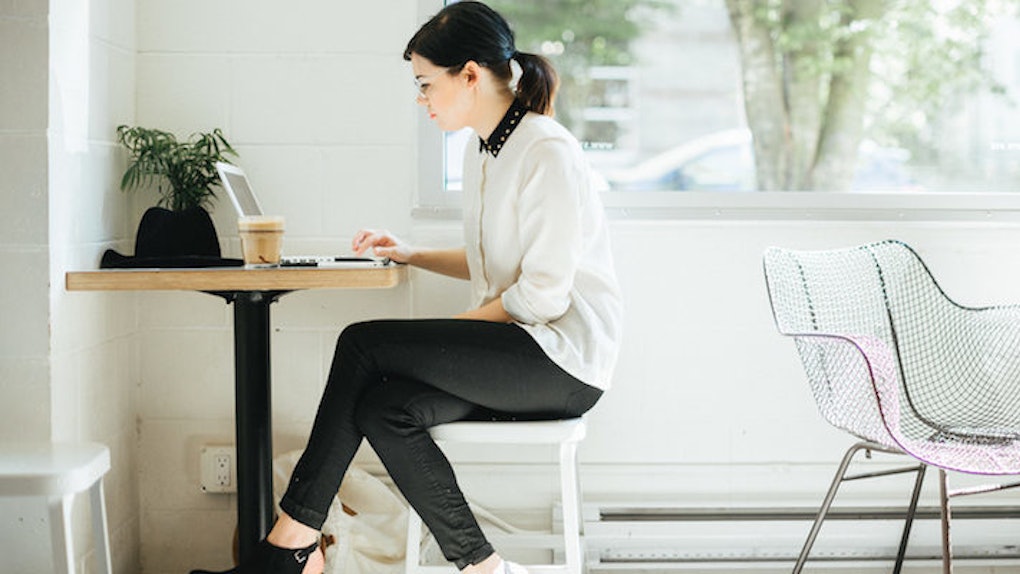 Kelly Newsome went to law school at the University of Virginia.

She was a straight-A student.

She had big career goals and graduated at the top of her class.

After graduation, Kelly went on to a high-paying job as a lawyer.

This had been her dream for six years.

But soon, Kelly discovered that checking company filings day in and out wasn't what she had hoped for back in law school.

Eventually, the high of scoring her dream job wore off, and the reality of just being a highly paid paper-pusher set in.

She chose to quit her $240,000-a-year corporate job to pursue something more meaningful.

In the book, "The Happiness Hypothesis," Jonathan Haidt, a psychology professor at the University of Virginia, talks about the progress principle.

The pleasure of getting what you want is often fleeting.

You work hard in college, dreaming about how happy you'd be if you could just get hired at your dream job.

After time, you receive a phone call, congratulating you on earning the position.

At first, you're happy.

But as we saw with Kelly, eventually, that happiness wears out.

Typically, you're not thinking, "This is amazing!"

But instead, you're thinking, "Alright, what do I have to do now?"

You dream about all these things that could make you happy: getting accepted into your dream school, making millions of dollars or running a marathon.

You work every waking hour, imagining how happy you'd be if you could just achieve your goals.

But then, after you achieve what you planned, you only experience a feeling of relief.

This is the feeling of closure and release.

If you're lucky, you'll have an hour of excitement.

But, the feeling is rarely ever enthusiasm and elation.

This is the belief behind the saying, “Life is a journey, not a destination.”

Richard Davidson, a psychology professor at the University of Wisconsin, says that as you make steps toward your goals, you experience dopamine activity in your left prefrontal cortex.

This is the pleasurable feeling you get as you make progress toward something.

You experience what he calls "post-goal attainment positive effect" once you have achieved what it is you were striving for.

This is a short-lived feeling, as the dopamine activity in your brain begins to settle down after the goal has been achieved.

When it comes to goal pursuit, it really is the journey that counts, not the destination. The final moment of success is no more thrilling than the relief of taking off a heavy backpack at the end of a long hike.

If you went on the hike only to feel that pleasure, you are a fool.

We see people do this all the time.

They work extremely hard at something, and they expect some special euphoria when they get to the end.

However, when they achieve success, they only find moderate and short-lived pleasure.

This is the progress principle.

Pleasure comes from making progress toward goals. It does not come from achieving them.

Does this mean you shouldn't pursue goals like your dream job?

Definitely pursue your goals, but don't hope to achieve happiness when you finally reach your end goal.

Find happiness in the process.

Things won are done; joy's soul lies in the doing.