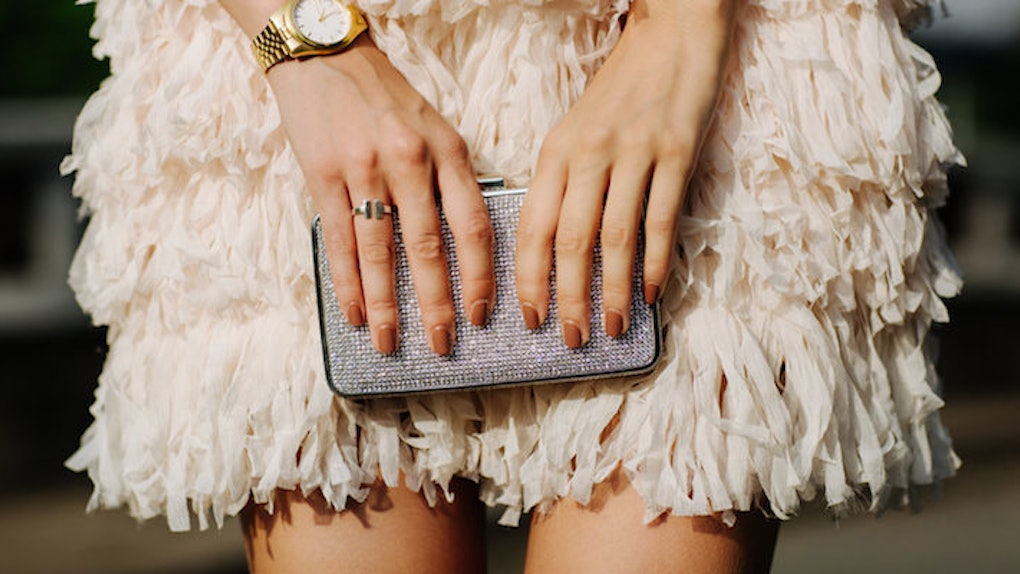 In case your mom never got you the book, here's a fun little fact: EVERYBODY POOPS. That's right, everybody. Even GIRLS. (WARNING: This article contains real, hard proof that girls, in fact, poop.)

President Obama could be dropping a deuce as you read these very words. Mother Teresa was probably going number two every day of her saintly life (you KNOW that food in Calcutta probably ran right through her). Heck, even that mega hottie you just started hooking up with most likely took a giant dumper this morning.

You get the picture. We all poop. So why don't we want to talk about it?!? It's like a funny inside joke that everybody on planet Earth is lucky enough to be in on, so it's time to stop pretending like it doesn't happen and start LAUGHING about it!

I, myself, have had an incident just a few short months ago. The horrific accident took place on the corner of Amsterdam and 72nd right outside of the Duane Reade -- that’s right, I shat on the street in New York City.

In my defense, I had just ingested a particularly questionable taco and my sole purpose for going to Duane Reade in the first place was to get some Imodium to clog that sh*t up. I just wasn’t quite able to make the 20-foot walk back home.

And I'm not the only one with a story like that. Please read along as 11 brave adults tell us about times they pooped their pants.

When you just couldn’t quite make it to the toilet…

It was mid-December in California. The rain was just one thing I ended up sloshing through that day. I had just gone out to lunch at a bougie restaurant with my friend, I ordered the burrata sandwich, despite being lactose intolerant. Anyways, right after lunch, I went to FedEx to make prints of my yearly solo holiday card. I was having issues with the printer, and it was taking a little bit longer than expected. My stomach felt slightly crampy, but I thought everything was fine. I thought, Just get through the pain of dealing with an annoying machine; you can deal with your stomach when you get home. But finally I couldn't take it any more. 'Do you have a bathroom?' I asked an oh-so-helpful employee, who pointed at a door. I waddled my way over to the bathroom. I pulled down my pants down, and one could say I was knee-deep in sh*t. I WAS TOO LATE. I HAD UNKNOWINGLY SH*T MY PANTS AT A FEDEX IN THE MIDDLE OF THE DAY!!!!! At that point, the pain worsened and the humiliation was crippling. I wanted to keel over on the toilet, but then I literally would have face planted in my sh*t soaked panties.  My parents were at work, friends were scarce, and certain physical problems made driving home was out of the question. I had two options: Die like Elvis or call my little brother. He refused to pick me up, but I lived to tell the tale.  I wrecked the bathroom.  I wrecked my pants. And I wrecked any (not much) respect my little brother had for me.

Basically, the bathroom line at our college bar was too long, so in my inebriated state I thought I could run the half-mile home and make it. I was close, but I became stumped by my door code and just couldn't quite make it inside. Thankfully, I was smart enough to put all my clothes (and ID) in the washer that night, but it made for a very confusing and naked morning.

A couple of years ago I had a terrible case of the flu and I ran to the toilet to throw up, but simultaneously pooped my pants on accident, too.

When you thought it was just a fart…

At work I was doing inventory in our storage room and I thought I had to fart. Let me tell ya: It was not a fart.

I trusted a fart in my dad's bed. It wasn't a fart. I sh*t my dad's Tempur-Pedic bed. It may have had something to do with the fact that I was high on norcos.

I was 21, and I was taking geology over the summer at a local community college to fill my science requirement. I arrived at school 30 minutes early because we had a test that day and I hadn't studied, so I was going to cram before the test in my car. I'm sitting in my car reading about rocks and let out a fart -- and got a little more than I bargained for. I sh*t right in my pants. Luckily, I kept it cool and I pulled the Chipotle napkins out of my glove box, wiped my ass right there in the parking lot, threw the napkins in the trash and went on to take my test. I got a 98 percent on it too.

OK, so one time not too long ago, I was at home for a visit with my family. I had taken Miralax earlier in the day. (Not because I was backed up, but literally just because I was curious.) Anywho, I was having a little chat with my mom when I thought I had to let out a fart. BOY WAS I WRONG! I was literally sprinting to the bathroom and she was like, "Where are you going?" and I was running and yelled back, "Have to use the bathroom thought that was a fart but it WASN'T!!!" It wasn't that much poop. Just a dribble, but I still had to throw away some of my favorite SpongeBob underwear.

So there I was, water skiing in the beautiful ocean off the coast of a quaint island in Canada, when all of a sudden I lost my balance and, BOOM, I wiped out. I brushed my shoulders off and said, "Hit it!" I'm gliding like a mofo when all of a sudden, BOOM, I wipe out again. But this time, the water penetrated every orifice in my entire (lower) body with full force. I got back to the dock, where I was standing in my bikini, cheering for my pal. My other pal looks down at my crotch and asks me what's in my swim suit. I look down and see some lumps in the bottom of my bikini. So I peek inside, and, BOOM, I'd sh*t my pants and didn't even know it! Enemas, am I right?

I was training as a college athlete. It was just a normal day of training, using a rowing machine for steady state cardio, but I had eaten some old yogurt the day before. I farted and got more than I bargained for. Yep, I crapped my Spandex in a room full of people. I sprinted to the bathroom, cleaned up and finished the workout.

I sh*t my pants right on the rock wall of one of those rock climbing gyms. I took a "sportsman's chance" hoping it would just be a fart, but I lost that chance. I rushed to the bathroom and flushed my underwear down the toilet.

My family really enjoys skiing. We go almost every year. Since college I've had a really weak stomach, but until last year I didn't know I was completely lactose intolerant. On our last family ski trip, about a year-and-a-half ago, we went all the way to the top of the mountain for lunch, where I had mac and cheese and ate every last bite, not thinking anything of it. To warm back up after lunch, my Dad decided to play "follow the leader" with the whole family before we separated. Unfortunately, his run of choice was a double black diamond mogul run. I knew my stomach was not feeling great at the top of the hill, but at that point there was no other way down. As soon as I hit the first bump, I lost control and sh*t myself from the top of the run to the bottom. The best part is that my Dad likes to film us for family back home, so he has the entire thing recorded.

If this hasn't happened to you, don't get too cocky. No one is safe, and poop can happen anywhere, any time. If it has happened to you, are you brave enough to share in the comments your tale of a time you pooped your pants?