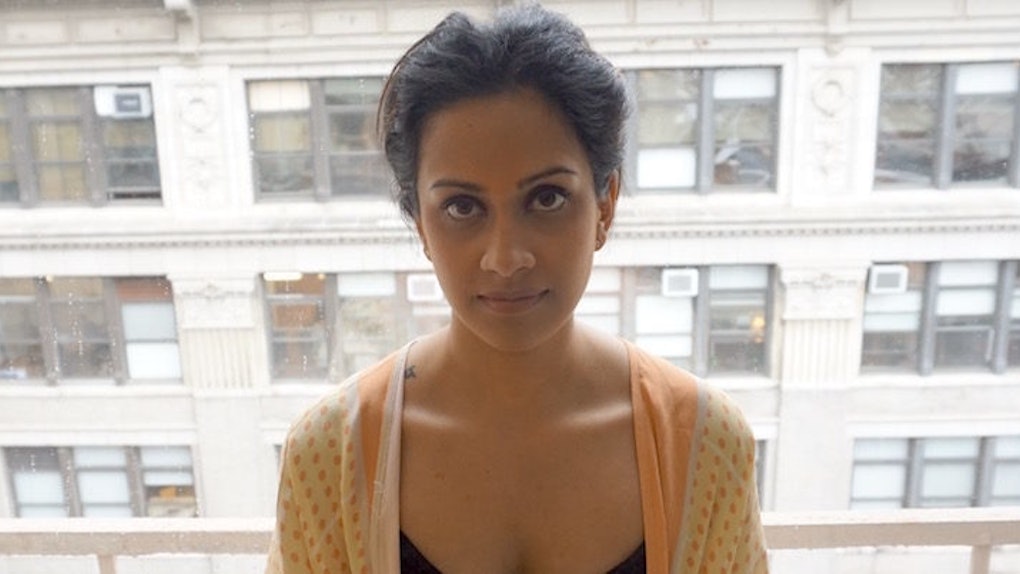 The Difference Between Being Sweet And Being A Pushover

I've been nice my whole life. Painfully nice. I'm such a sweetheart that it kills me.

Being sweet, from the outside looking in, is great. People seek advice from you, and they come to you with the hopes of soaking up your contagious energy and keeping it for themselves. Girls want to be around you. Guys want to be with you. People want to be like you.

But from the inside looking out, being super sweet isn't all it's cracked up to be. Being a doe-eyed sweetie pie does bad things for my game. I care too much. And when you care too much, you push people away. They get freaked out because they can recognize you love them the way you should be loving yourself.

My problem is I care so much that I always want to fix the problems of troubled men before I fix my own.

Here's an example. The other night, I had a friend over at my place. The pot we'd just smoked was finally getting to me, and I wanted him gone because my pillow was only starting to look comfier and comfier. Out of fear of sounding like an epic bitch, though, I let him stay past my bedtime. Not having the guts to speak up and kick him out really took its toll: I was mentally cloudy for the next couple of days.

He did leave -- after midnight. But I was angry with myself. I was angry at my sweetheart, borderline-pushover ways. The whole thing got me thinking: Do I really always have to take a hit in order to make someone else happy?

I was once talking to a matchmaker because I needed guy advice. “You need to be sweet as candy to reel them in, sweetie," she said matter-of-factly. "These boys, that's what they're attracted to. No one wants to date a Sad Sally.”

Hearing that bit was confusing for me. If it were true, wouldn't that book "Why Men Love Bitches" not exist? Do men not love bitches? What the hell do men want? I don't want to be the catty f*ck of a woman no one wants to be around. I want everyone to want to be around me, and I want to be around everyone.

Women are always told to stand poised and sound sweet. If we've had a bad day, we can't throw our f*ck-off energy onto the rest of the world. If we do, we're "salty." We're "unladylike." But at whose expense are we supposed to stay sweet? Our own?

Whatever the matchmaker was talking about that day clearly isn't working in my favor, because I'm so sweet that I put myself in positions to get hurt when I don't really need to be getting hurt. Was she saying I have to hurt to get the guy? At what point should I sacrifice what I want for what someone I care about wants? I've always thought that to sacrifice is to be selfless. Doing what I want has always seemed … selfish. And I don't want to be selfish.

But being selfless and sweet has always led me to a place of some sort of pain. Pain is practically welcomed when you're sweet. And pain doesn't feel like pain when you're sweet, because you're so used to being treated like your presence is appreciated but not necessary.

You can't answer that question -- "What do I need?" -- because you don't know the answer. You're too concerned with everyone else's needs. You're out of tune with yourself.

At 25, I'm sitting here wondering what the hell it is I want, when other 25-year-olds around me know what they want. People-pleasers mature more slowly than everyone else. I've been doing what other people want for so long that I don't really have a clear idea of who I am.

And so I'm faced with the question: How can I be sweet without being a total pushover? Is there much of a difference between the two? I want to put out good energy into the universe without it boomeranging back to bite me.

Maybe there's a way to be sweet but steadfast. Maybe I can have a sweet personality but be firm in my actions. There's got to be a way to not disappoint those who count on you while still sticking to your personal beliefs. Sure, that sounds reasonable.

But to do that, I've got to figure out what it is I believe in. F*ck. I just figured out the root of my problem. How can you stick to treating yourself the way you deserve when you don't know what it is you even deserve?

If only we could live in a world where giving a damn didn't screw us over and where loving too hard wasn't sacrilegious. I want to be sweet, but I don't want to be a pushover anymore. Nobody respects a pushover.