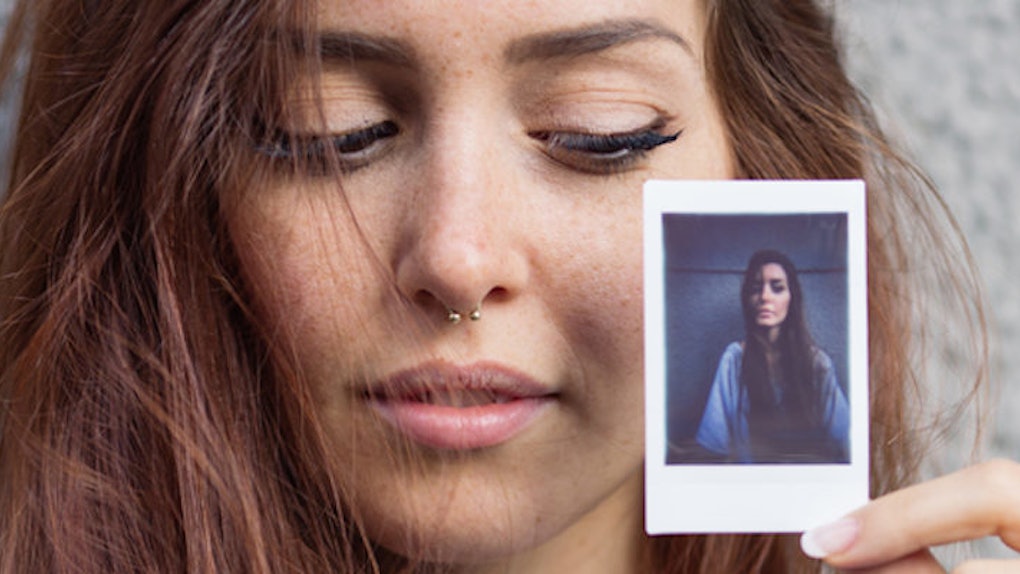 My friend was showing me something on her phone when she committed a cardinal sin: She slipped up and accidentally let me glimpse her camera roll.

For the most part, I wasn’t overly shocked. There were a few photos of above-average-looking salads -- you know, the type that you think you could make if you didn't lack the ambition -- a couple shots of her infant nephew, a picture of her dog and then something astonishing (and, no, I’m not referring to any nudes).

I kid you not, loyal reader: At the bottom of her camera roll, there were about 50 selfies.

They were classic selfies, the type of textbook selfies that only a Millennial in 2015 could pull off: duck face, controlled lighting, a blank expression (I know -- remarkable stuff). She even slipped on sunglasses in a few of them, but she still made the same face.

I asked her why the f*ck 50-plus photos of herself would ever be necessary. I mean, I figured she couldn’t be that narcissistic, could she?

Her answer revealed quite the contrary.

“Oh, don’t look at those,” she told me, as if it were easy to ignore a uniformly colored block of thumbnails in the middle of her iPhone screen. “I didn’t look good in any of those.”

I don't know, but... from the pictures, I thought she looked pretty fine. To me, they just looked like pictures of my friend.

Sure, they might’ve not been award-winning, and I don’t think they would’ve shattered any camera lenses. But for whatever reason, she remained confident that she looked ghastly.

This is why I try to avoid any social gatherings that might involve pictures (that’s what I tell ‘em, anyway). It’s not like I’ve ever taken a photo in my life and been like, “Yeah, you know what, I think I might just hang that one up on the fridge.” It’s usually more along the lines of, “Why haven’t I gotten the hang of this the smiling thing yet, and why the f*ck does my skin look that shade of green (the downside of having olive skin in the winter months)?”

I mean, the answer could be: “Son, you’re rather unfortunate looking." But it's not. Science has a more complex -- and less offensive -- answer to why we hate every picture of ourselves.

According to Nick Stockton of Wired, the real reason has to do with mirrors.

Here’s the deal. When we look at ourselves in the mirror, we might feel like we’re looking at ourselves, but we’re actually seeing a mirror image of ourselves – which, in reality, is an inverse image.

Stockton explains the importance of one concept known as “mere-exposure,” which was developed by Robert Zajonc in the late 1960s. “Mere-exposure” says we “react more favorably” to things we’re used to, including our own faces.

After years of looking at ourselves in the mirror and stewing in vanity, we’ve become familiar with the face looking back at us -- our mirror image. What’s so problematic about this, however, is that pictures are not mirror images. They show us how we really look.

We’ve gotten used to the fact that our smile sort of raises a bit on the left side and our right eye droops a little bit more than our left. So when we see a picture of ourselves with flipped features, they look downright alien.

Remember, the law of mere-exposure says that we react favorably to things we see most often, and we rarely see ourselves the way we’re depicted in pictures.

Have you ever wondered why you find your Snapchat selfies are more tolerable than the ones taken on your phone's regular camera? Well, aside from the fact that it’s almost impossible to not look attractive under that third filter, the Snapchat lens does not flip the image to its inverse. When you use Snapchat's front camera to send your bud a selfie, it’s going to send your mirror image – the one that you're used to and sometimes even like.

Ultimately, when we dislike a picture of ourselves, it’s not that we think we look necessarily ugly. It’s just that we find our other self -- our inverse self -- more attractive.

I'm not sure that one is necessarily better than the other. But at least we'll always be able to turn to the MySpace-style selfie – the flash as an orb in the mirror or our arms taking up half the shot -- in times of desperate need. It'll definitely make for one interesting LinkedIn headshot.