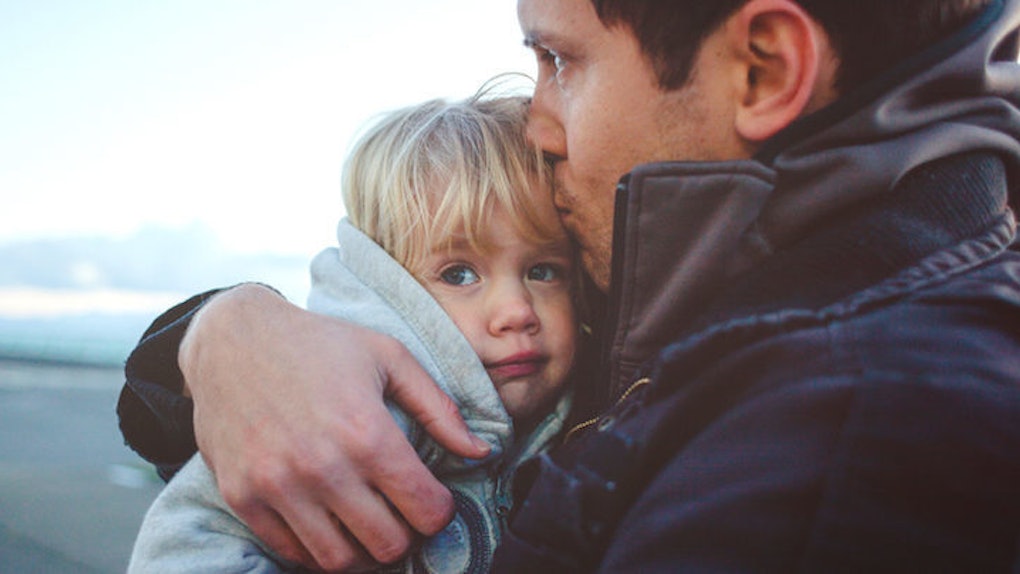 Life has a funny way of taking everything we once knew as good and true and turning it on its head.

We want to look older, until we don’t. Orange juice is healthy, until it’s not, and 14-year-old girls are the enemy, until we run into them drunk at the bar and they’re our new best friends.

The harshest flip we’ll face, however, is when our biggest supporters become our biggest critics.

When our comfort zone becomes a ground of eggshells. When our parents become the enemy.

I'm not sure exactly when it happened or if it's been this way all along and we were too naive and susceptible to notice, but it seems like whenever I'm feeling low or my most vulnerable, it's after a talk with my parents.

It could be just a five-minute chat or a weekend back home, but whenever I'm back alone in my apartment, a wave of self-loathing and fear washes over me.

Am I making a huge mistake with my life? Should I have taken that corporate job? Am I doing the right thing? Am I a complete piece of sh*t?

I usually have to end up calling a friend, asking her to talk me through my feelings, to remind me that I'm not a disappointment, that I haven't made all the wrong decisions, that I'm living my life for me.

She'll usually talk me down, telling me some of her own stories of parental persecution, reminding me that's what parents do.

That’s what parents do.

What do parents do? Make you feel like a complete piece of sh*t? Manage to turn a five-minute phone call into a seven-hour period of self-reflection and doubt?

Turn every good piece of news into something ordinary and probably not worth it?

When did this happen? When did the people I'm supposed to call for love and support become pools of doubt and criticism?

When did my anxiety start stemming from the two people who are supposed to be ridding me of it?

I’ve realized, after enough fights, Facebook deactivations and panic attacks at 3 am, what my mom thinks of me, and there comes a point in your life -- usually when you’re figuring out who you are, what you represent and what you want to be -- when you have to disengage from the life support.

Sometimes, the only true way to be happy is to be completely and utterly unattached from the family or, at least, from their opinion. You have to learn to disengage from them.

Not disown, but talk less and think for yourself more. They may be your bloodline, but sometimes you just have to bleed out.

They don’t actually know you

We don't come into our own until we’re finally on our own.

Some of those rare, independent, strong ones were able to resist the pressure of the parental guidance before they left the nest, but most of us didn’t find our voice, our style and our passions until we didn’t have to discuss why we were wearing a nose ring at the dinner table.

Unfortunately, your parents will always view you as their child and never as the independent adult you expect to be seen as. They don't understand your passions and whims.

They don't know what you desire deep down, those fanciful ambitions you won't ever tell your parents for fear of having them turned into practical money-making ventures (yes, I stole that line from Julie Delpy in “Before Sunrise”).

They will never truly see you the way you need to be seen, and once you accept that, you can stop focusing your energy on getting their approval and work on proving them wrong.

They have their own sh*t they can’t admit

But we know she has her own sh*t. She has her dirty moments and basket of regrets -- and so do our parents.

After enough time and self-reflection, however, you should realize everything they’re saying to you is just a projection of their own failures and insecurities. Don’t let their past mistakes dictate yours.

Their opinion isn’t always the right one

Imagine what Basquiat’s parents thought of him living in a cardboard box, spray painting on New York City walls. Or what Vincent van Gogh’s thought about him quitting his established bank job to become a starving artist?

If these people gave in to the shallow opinion of their parents, into appeasing their mothers instead of their own desires and artistic integrity, we’d be deprived of some of the greatest artists, comediennes and free thinkers the world has ever known.

All those life lessons and warnings they’re still trying to instill in you are about as tired and worn out as those Juicy sweatpants in your drawer.

They don’t know what’s relevant, what’s edgy and what actually matters when it comes to your career and your personal life.

Yes, they may have some guidance and wisdom to impart, but when it comes to Facebook, Instagram and Twitter, their word is about as solid as Charlie Sheen’s.

They have an idea of what success is, and even if their intentions are pure, it doesn’t mean they’re right. They live in the world of cubicles, IRAs and retirement plans.

They’re consumed with worrying so much about your future that they forget to acknowledge what you’re trying to do in the present.

They don’t understand what it means to be an artist or an inventor. They followed their parents' idea of what was right for them, but that doesn’t mean it’s right for you.

Just because they sacrificed their dreams and independence doesn’t mean you have to give up yours.