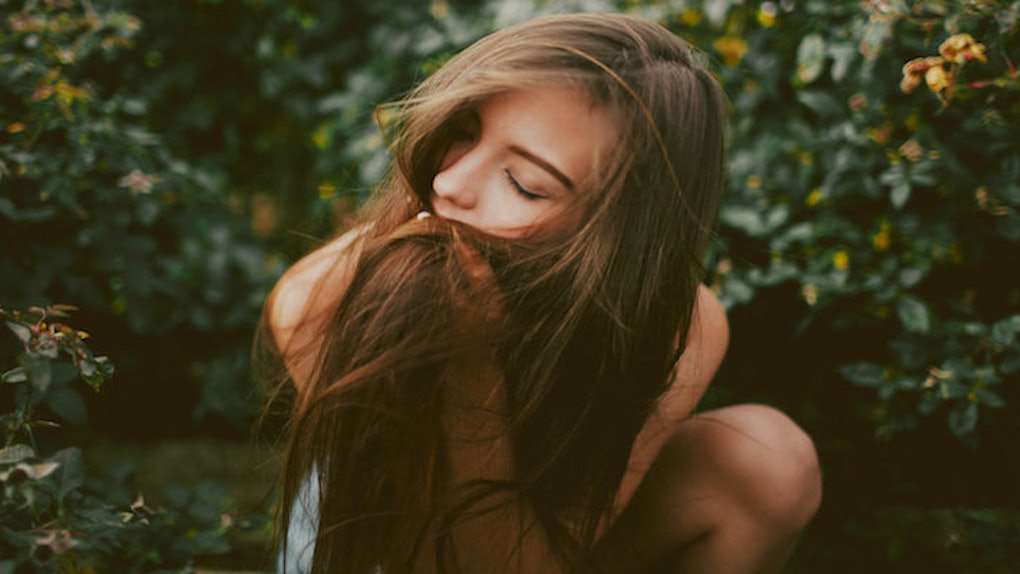 We Find Our Own Path: Why Growing Up Sometimes Means Growing Apart

It's a weird time for us 25-plus-year-old Millennials.

There has been a great shift in the mindset of many sifting through the great expanse of Generation Y. This epic shift is rooted into three intensely adult milestones:

Weren't we, just a second ago, underage, angst-ridden, 20-year-old vessels sneaking into sketchy bars and drinking vodka in the park out of "discreet" water bottles?

It's all very, very fresh and very, very bizarre. It feels like it happened overnight. It seems like every morning that I scroll through my Facebook news feed, yet another friend from high school is getting wifed up.

One of the most bizarre parts about this whole “Millennials getting married” song and dance is this stress of who gets invited to whose wedding. As a 29-year-old girl who is far more obsessed with the prospect of enhancing her career than planning her wedding, this is not something I ever imagined myself stressing out about, let alone feeling sorely heartbroken over.

But one of my absolute best friends from high school very recently got married to the love of his life in a beautiful, whimsical ceremony in Connecticut. At least, that's how it looks in his Facebook photographs. I wasn't invited.

Let's call this friend Logan. In high school, Logan and I were close as all hell. We were the fashionable teenage misfits who rocked out to death metal, laughed at the mundane high school social hierarchy and spent entire class periods writing one another dramatic notes of our emotional discontent.

High school is a heated time for every teenage entity. There were eating disorders, struggles with self-harm, broken hearts, body image issues, constant grapplings with sexual identity and sexual orientation.

We alienated all adults, and the only people privy to our underworld were our best friends. I don't think it's possible as adults to have the kind of intimate friendships that we cultivated in high school. Those friends were my grounding force throughout the teeming hurricane of adolescence, and hand in hand, we weathered the dramatic storm of high school.

After graduation, I moved to LA to pursue my acting career while the rest of my friends went off to four-year liberal arts universities in the Northeast.

My life was very adult at 18. I had an apartment. I went on auditions. I was in acting classes with people in their 40s. I drove my car around Los Angeles. I had a job.

My friends, on the other hand, had very classic college experiences. They studied hard. They fell in love. They did keg stands. They wore sweatshirts and rooted for their college sports teams and ate Ramen noodles.

But through it all, I stayed connected to them. Obviously our worlds were vastly different, but we remained close, for we had been through everything together.

As the years ticked away, I moved further away and ended up in London. It's hard to keep in touch with anyone when you're living on the opposite side of the world. And in that time, without realizing it, my life took an even more dramatically different shape.

I didn't notice how much I changed until I came back to the US and realized how little I had in common with my friends anymore. And until about a year ago, my friend Max called me and excitedly pressed, "So are you excited for Logan's wedding?"

I felt my heart drop out of my chest and shatter against the kitchen floor.

Why did I care so much? Maybe it was because our entire group of friends, friends who were like family, were all going to celebrate Logan and his new love, except me. Or maybe it was because it made feel self-conscious about my life.

But what had I done wrong? Was I too weird? Too gay? Did they think of me as some sort of salacious sex writer who lives in New York City and lives a wild, unabashed life not suited for a Connecticut wedding?

Old fears of not fitting in resurfaced.

I let the questions torment my mind for weeks. The feelings of hurt swelled in my body and tugged at my heartstrings. I had never thought in a million years I would be the one left out.

We never think we will be singled out until we are.

The night before the wedding, I was restless and anxious. My Facebook was a sea of pictures of all the people I grew up with partying, reunited as one big happy family. It seemed like their lives had all remained cohesive to one another, and I was the loose cannon that had landed unmarried in Manhattan.

That evening, I was in the Poconos with my girlfriend, visiting her family. As we drifted off to sleep, she could feel my palpable anxiety.

"What's wrong, babe?" she asked, grabbing me and pulling me close up against her chest.

I told her everything. I told her I was also ashamed that I cared so much. That I knew I didn't have the right to be upset, but I couldn't seem to shake it.

"I get it," she said, kissing my eyelids. "But part of growing up is growing apart."

Her words were like soft, soothing honey to my soul. Logan had absolutely no obligation to invite me to his wedding just because we had history. Because if you strip away the memories of our past, what has held us together? F*cking nothing.

My life had gone one way, and my friends from high school's lives had turned another corner. I moved to the West Coast. I lived in Europe. I discovered my sexual identity. I found my voice, and discovered who I was outside of the small Connecticut town I grew up in.

Why did I feel so tethered to past friendships?

The only real difference between romantic relationships and friendships is that we don't have sex with our friends.

So when we stop having feelings for our lovers, we break it off. But for some reason, we hold on to friendships far past their expiration date.

Well, just because you had a beautiful friendship that fizzled out doesn't mean the relationship was meaningless if it didn't end up with an invite to his or her wedding.

After all, a romantic relationship isn't worthless if it doesn't end at the alter, either, right? You can cherish all relationships for what they meant at the time, and also let go of what was and live in the gorgeous f*cking moment.