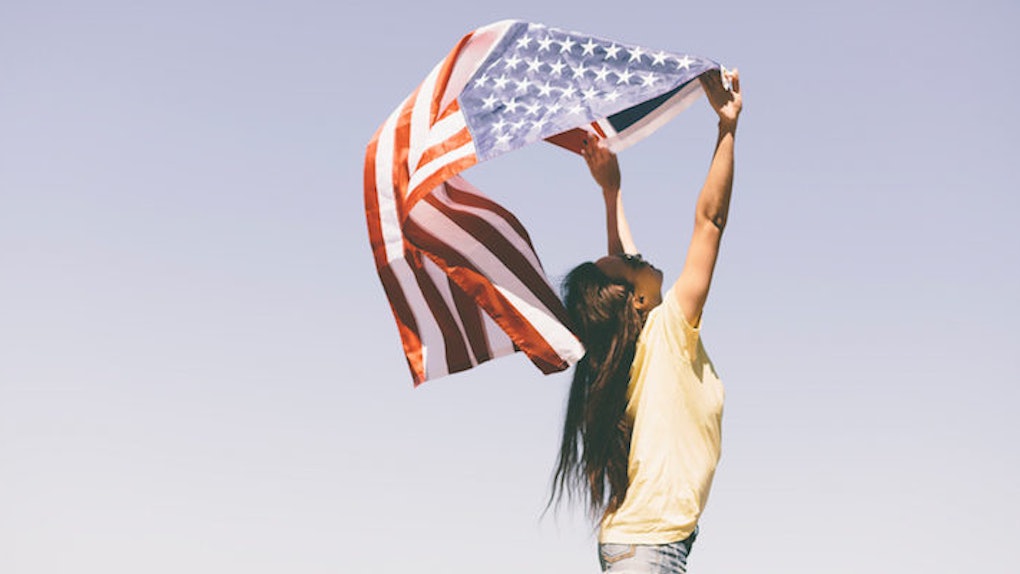 “I received a letter from the Clay County Draft Board in September of 1941, explaining that my friends and neighbors had decided it was my time to be drafted.”

These are the opening lines to my grandfather's memoirs. I've looked for this document for over a decade, and I have had those first few lines memorized and rolling around in my head since I was 16. He gave me his accounts of World War II to rewrite at much too young of an age. My sentiments then are much the same as they are now: I am unworthy of such a task. Just like a teenager, I lost them years ago, but I found them about a month ago.

The totality of the above statement is heavy. My grandfather was barely 22 years old at the time. I remember being 22. That's not adulthood. That was like the peak of my glory days. Having fun is at the top of most of our lists at age 22, not war.

Can you imagine? "Here's your paperwork, son. You don't have a choice. Go to war and try to stay alive."

I am on the fence about a lot current issues, mainly because I see a million shades of gray to every current political issue. However, this is not one of them. As a whole, young people of that era possessed a grit that we have somehow lost.

Memorial Day will soon be upon us. Due to the stories I grew up hearing about brotherhood, and the homage my soul owes to the men and women who have made the ultimate sacrifice for this great country, this article is for them.

Before my grandfather, there was another. My grandmother was engaged to marry a young man named Earl. Earl was from her hometown and a well-versed English teacher. They had grand plans to be married and start a life together once he returned home from the war. His penmanship was beautiful, his grammar was perfect,and his wit was amazing. I can surmise all of this by the letters left behind in my possession. He was the love of my grandmother's life, and I've heard about him my entire life.

Earl worked his way to the rank of Lieutenant and served in the opposite theater as my grandfather, the European side. He wrote many letters, but the last one is somewhat haunting.

Here is an excerpt of honest thoughts from March 8, 1945 in Paris:

I had an interesting conversation with a Frenchman on a train this morning. I've heard rumors that the French people resented the fact that we weren't supplying them with enough things. Then when you hear of all the provisions, supplies, etc. stolen from the Army and sold over the black market, you wonder what the hell we liberated them for, especially when you've seen men die in doing it. But that's enough of that. If I were sure I would get through it all safely I wouldn't take anything for being in combat, but it's the uncertainty about it all that gets one.

Lt. Earl Krampe was killed 17 days later in Germany. He had taken 45 of his men to a basement bunker for safety during a combat mission. A single bomb killed them all. This is one of his two Purple Hearts, which is little solace for my grandmother's broken one.

Here's something else we currently seem to be losing: resilience. The Greatest Generation was resilient. Even 50 years after his death, I remember the tears when she talked about him when I was a child. And I remember how considerate my grandfather was of her feelings.

They met several years after the war had ended. She never got over Earl's death, but she was able to get past it. My grandpa honored his memory by inviting his family to all of their holidays and family events. You see, Earl was an only child. His parents were lost and heartbroken.

My own mother has memories of Earl's family's presence at most all of their family gatherings. This is resilience and love in its purest form. This is my grandfather not forgetting his fellow fallen, even the one who had his wife's heart first.

As an American, I want our heavily split country to not only go back to that era of grit and resilience, but to the kindness and compassion we once had. One of the biggest things I can't seem to grasp is how quick we are to cast judgement, sling mud and shout demands in today's society. Where on earth is the compromise that made this country great?

A major lack of communication and willingness to listen to each other causing this great divide in our nation, which is fueled by anger and hurt feelings. We cannot fix the present by putting Band-Aids on issues and yelling curses toward something or someone we don't agree with. This crazy train is going to derail if we're all not careful.

We can't change history. We can only learn from it, accept our imperfections and take action from there. Aristotle said,

It is the mark of an educated man to be able to entertain an idea without accepting it.

I think I'm so passionate about the Greatest Generation because of all that I've learned from it.

From The Great Depression to a war many boys never wanted to be a part of, they never gave up. They rebuilt America, and they learned to accept everything life had to give with a deep understanding of the important things.

People need to know this. This was the message of my upbringing. It may not be the original roots of this great country, but if you ask me, it's definitely our backbone.

Memorial Day is one Americans should be proud of. The men and women who have fought so hard to preserve our freedoms deserve so much more than just a day. They deserve to be remembered with utmost respect. They deserve our promise that we haven't forgotten the triumphs and tragedies of this great nation. It is within those highs and lows in life that we become who we are.

My grandfather clipped this poem in 1996 from the Brazil Times. At age 77, he was still proud of his service to the Army and all the men and women who serve. It's only appropriate to end with this:

Perhaps you don't agree with all I have to say, but my hope is that you can, at very least, entertain the thought. Happy Memorial Day.