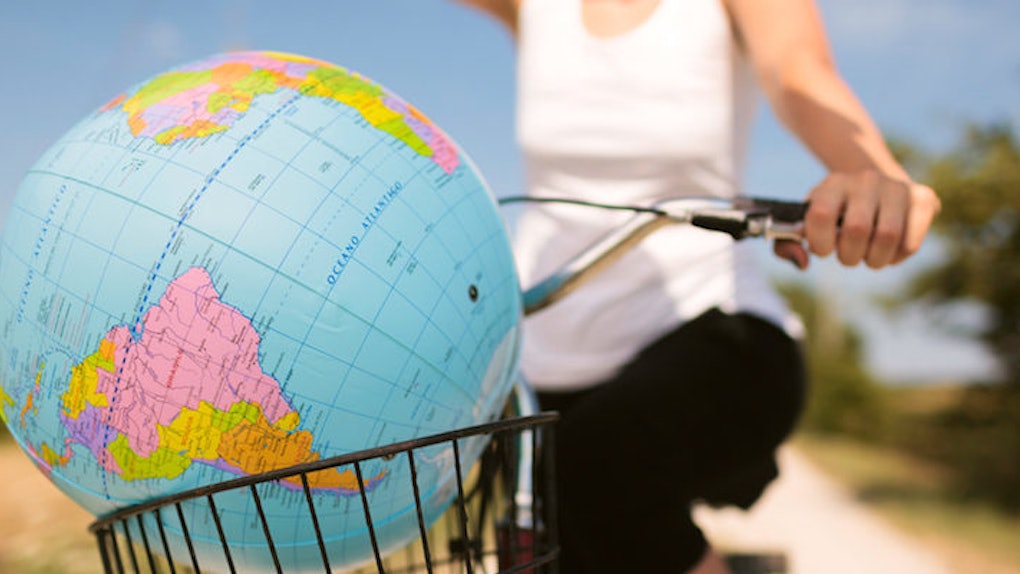 Temperatures are rising, glaciers are melting and coral reefs are dying. With thousands and thousands of species facing extinction, it's easy to feel like the fight against climate change is a lost cause. With over seven billion people roaming this planet, how can one person possibly make a difference? The world's problems can seem too huge and daunting to fix, but we can all make a big impact together with each little step we take.

Need some inspiration? Take professor Wangari Maathai, for example. Born in Kenya, she was a political and environmental activist who launched the Green Belt Movement to conserve the environment and empower communities. Since 1977, over 51 million trees have been planted in Kenya, thanks to Maathai's efforts. This was one person and one idea created huge changes.

OK, so we can't all be Nobel Peace Prize laureates like Maathai, and we don't all have the time, energy or resources to start a huge movement like she did. But, that shouldn't make you feel any less significant in the fight against climate change.

From recycling and installing energy-efficient lightbulbs to using reusable bags and conserving water, there are so many opportunities for people to fight against climate change. But, you're just one person, so it doesn't really matter if you make these changes, right? Wrong.

Think of it this way: Humans created this world we live in today. Bit by bit, we've all used bottled water, plastic bags and energy-sucking technologies. We've all left the water running, left lights on and used the washing machine for just a few things at a time. All these little actions build on the ever-growing landfills, carbon emissions and increasing temperature of our planet Earth. Shifting weather patterns are already noticeable, and resources won't last forever.

But in the same way we've built up these practices, we can just as easily tear them down. It's all about having the right mindset and implementing practices. Global warming is an enormous problem, but simple acts of change can inspire others to help out as well.

It's funny how people feel insignificant about fighting for a change, but nobody stops to question the reverse. One person can't make a difference, right? But guess what? You're one person who is making a difference in contributing to the world's demise by not fighting.

The 10 hottest years in this century were in the past 18 years; there's no denying that. But, we don't have to keep going in this direction. Recycle, compost, eat leftovers, buy secondhand products, plant a garden, educate and inform the next generation. The list of ways to help goes on and on. You don't have to be a scientist or a world leader to enact change. Every little bit counts. Just take this list, “35 Ways You Can Help Save The Planet.”

Did you know that avoiding just 20 miles of driving per week would eliminate about 1,000 pounds of carbon dioxide emissions each year? Did you know it takes more than 500,000 trees to supply Americans with their Sunday newspapers each week? Did you know Americans go through 100 billion grocery bags each year?

And those last two are just in America. These statistics are staggering, and with our growing world population, the numbers will only continue to skyrocket if we don't start cutting back, like, yesterday.

While you may not see an immediate change on a global scale from your actions, don't be discouraged.  As Ghandi once said,

Think of future generations — people, animals, plants and ocean life — that will all continue to prosper and grow, if we come together today.