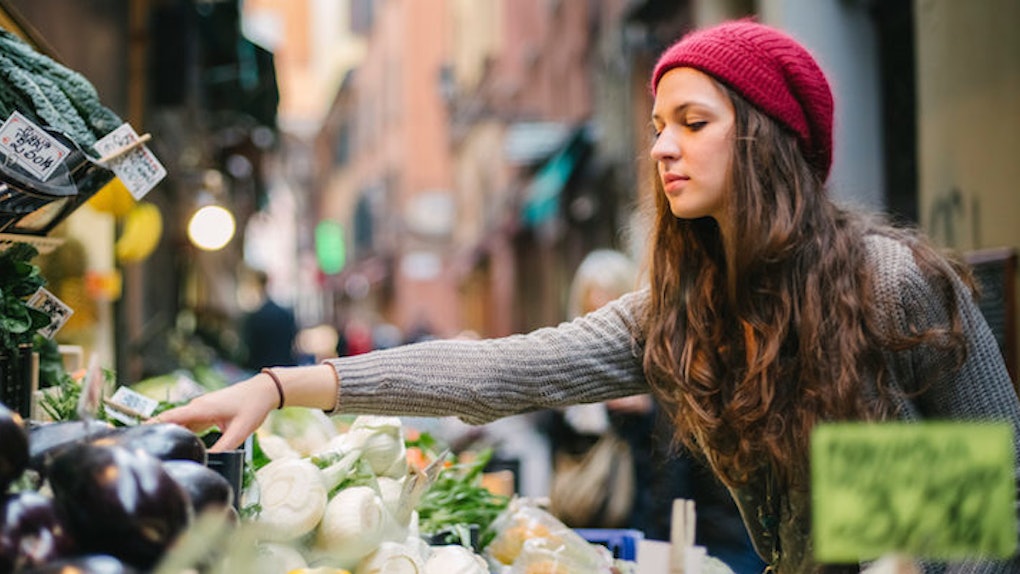 3 Things To Remember When You Feel Hopeless About Climate Change

So, you want to help stop global warming.

You know what it is, and after all the superstorms, droughts and floods, you know something's not right with the planet.

You've even rolled your eyes at the climate change naysayers in your life who say this is all one big giant hoax put on by the scientific community.

But, you feel a little hopeless.

One person can't change the world, you tell yourself.

You're not a scientist, activist or world leader.

What could you possibly do to change the outcome?

The problem with feeling like something is too big to take on is we tend not to try at all.

We also tend to wait until something is pressing or urgent before we attempt to tackle it, like that giant test you "knew" you were going to fail, so you only half-heartedly studied the night before.

Neither of these mentalities are going to work against global warming, which means we're going to have to address our own human nature first.

We need to defeat our own defeatism.

Yes, you are one person staring down an enormous problem in society.

But how different would history look if Rosa Parks had quietly surrendered her seat?

What if Alice Paul never held a hunger strike?

What if the people of Boston never defied England and threw themselves a Tea Party?

These were ordinary people who didn't ask for history to call upon them.

And their simple acts inspired thousands and helped their societies change.

Our generation is at that crossroads now.

How did we come together to avert disaster before it was too late?

2. Enlist the help of like-minded people.

The best part about discarding hopelessness and taking action instead is that you find you're not actually alone at all.

According to a poll done by the National Surveys on Energy and the Environment, 70 percent of Americans now believe global warming is supported by concrete evidence.

Among Republicans, the poll found 56 percent now believe global warming is happening, as compared to 47 percent a year ago.

We can't begin to fix a problem if all of us don't agree there even is one.

Thankfully, the number of climate change deniers is shrinking.

This means that seven out of 10 people you pass on the street share your concern about the effects of global warming.

Having a majority of like-minded people means you can team up with classmates and coworkers who want to carpool or reduce the amount of meat they eat.

A majority of concerned citizens can pressure politicians and corporations to look at their practices that put profit and job creation over saving the environment.

A majority can be aware and inform other Americans who say climate change isn't a serious threat, of which only 49 percent do.

The way to tackle a huge problem is to chip away at it. Every little bit counts.

An excellent example of this movement is #StartWith1Thing and its companion website, which lets you calculate your carbon footprint, locate green energy suppliers in your state and even find recipes to help lower the amount of meat you consume.

Many people throw up their hands and ask, "What can we do to stop global warming?"

But some of the solutions are surprisingly simple and start with us ordinary people.

For example, take this list titled "Top 50 Things To Do To Stop Global Warming."

Do you think simply putting your thermostat down 2 degrees in winter and up 2 degrees in summer could save about 2,000 pounds of carbon dioxide a year?

Or that using a pressure cooker or steamer can save around 70 percent of the energy needed to prepare food?

The devil is in the details, and that's the problem for many of us.

We think because the steps we can take aren't drastic that they aren't worth taking at all.

The reality is, fighting climate change isn't glamorous or sexy, like other causes.

Chances are, you're not going to be the Rosa Parks or Alice Paul of global warming (but kudos if you are).

The answer is to adjust the tiny behaviors we do every day that we don't think add up, but actually do.

So instead of feeling hopeless, just remember: If we all do a little, we can actually change a lot.

As Alice Walker said, "Activism is my rent for living on this planet."