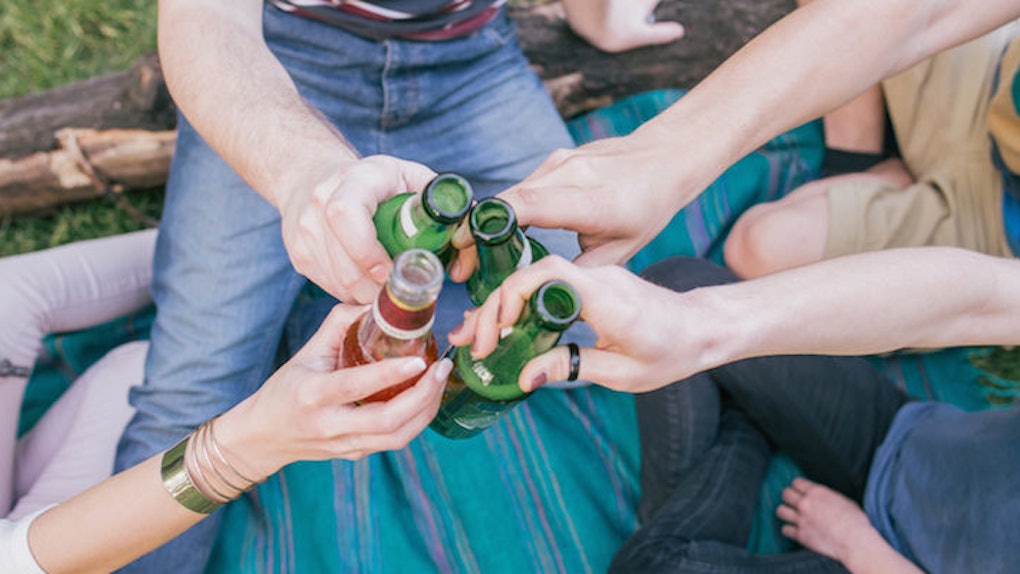 Bros Who Brew: 16 Types Of Beer And The Guys They Represent

Every guy has his favorite beer, and it can say a lot about his personality. I remember when I first fell in love with beer on a trip to London in college. My go-to was this reasonably-priced amber lager that was out of this world.

I was the college student who was visiting jolly ol' England and falling in love with beer for the first time. The bartender also knew it, but he was a total bro.

Beer is a very personal choice for every guy. Some love independent brands, others more mainstream ones, some love lighter beers, others darker ones, some love local or American brands and others like to go international.

No matter what your favorite beer of choice, one can tell a lot from just this very simple preference. Here are 16 kinds of beer and what you can tell about the guy who drinks them:

The guy who drinks Keystone Light isn't in it for the taste. He just wants to get drunk on more than a few cold ones. And for less than $20 for a 30-pack, why wouldn't this be the favorite of every college student in America? Beer pong, anyone?

2. IPA: The Independent Hipster With A False Sense Of Confidence

Don't get me started on IPA drinkers. They're the hipster, starving artist type who can only afford their duplex off the Bedford L in Williamsburg because mommy and daddy are still fronting the monthly rent bill. IPAs are for the tree-hugging, environmentally-conscious young guys with man buns who are most definitely “feeling the Bern.”

A Guinness drinker isn't messing around. He is big, brawny and not afraid of a beer that has the calories of an entire meal in a glass.

He's afraid of almost nothing, in fact. He's likely Irish or at least a lover of things Irish.

4. Whatever's On Tap: The Easygoing, But Uncreative Guy

The guy whose favorite beer is “whatever's on tap” doesn't bring much creativity to the table, and he goes for the easy win rather than putting in the extra effort. This guy, however, is easygoing and friendly. He's a pretty stand-up dude.

Like any good Clydesdale, a Bud drinker tries to be the king of men. He's your standard beer drinker: not too picky, and satisfied by most things. He may not be incredible or a knockout dude, but he's a sure bet. Drink on, Bud lovers!

These guys love baseball and America. Need I say more?

Coors has that great Colorado taste. It's cool, crisp and dependable, with a hint of Rocky Mountain freshness. Coors and Coors Light drinkers are hikers, backpackers, skiers and snowboarders who love to spend their free time and vacations on camping trips and outdoor adventures.

The climbers and environmentalists in college, these dudes are laid-back and kind. They just want to enjoy the Earth and its many spoils.

The fancy light beer drinker is bound to judge all of the other beer drinkers. Keystone Light? Wow, you're poor. Guinness? Maybe you should watch your weight.

As the royal bitch of the group, light beer drinkers are serious about watching their weight, and we can't help but judge. But, it's just who they are.

These guys just want to get drunk. Let them!

This guy is a good one. Hard cider drinkers are kind, considerate and warm. They have a lot of friends and are the friend in the friend group whom people go to for advice. Steady, well-grounded and a family man, the hard cider drinker is the guy we all strive to become.

11. Wheat Beer: The Guy Who Listens To Alternative Music And Is Likely A Douchebag

These folks are apparently prejudiced against hops. Just kidding.

12. Stella Artois: The Guy Who Thinks He's A Lot Fancier Than He Actually Is

Don't get me wrong; Stella is a great beer. But, the normal Stella drinker is that guy who think he's a lot fancier than he is.

He wears fancy Nike sneakers, a Canada Goose winter coat and Gucci sunglasses his parents probably bought him. You get who I'm talking about, right? We all know the type.

Brooklyn Lager drinkers are creative forces to be reckoned with. Whether they are actors, painters, singers or dancers, these folks are the ones who keep you entertained.

They know how to have a good time (a really good time), they work really hard to pursue their dreams and they always remain upbeat. Always the life of the party, these dudes are a must-have in any friend group.

In its signature green can, Rolling Rock is the classier of the really cheap college beer. With a slightly more appealing taste than Keystone Light (which tastes like chilled piss), the guy who drinks Rolling Rock is willing to shell out a few extra bucks on game day. Good for you!

16. Cocktail Or Wine: The “Anything But Beer” Guy

Cocktails or wine? Really? You can't stomach a beer? The “anything but beer” guys are either too fancy for beer, or they are watching their weight too closely to down a few extra, unnecessary calories. (God forbid!)

The cocktail or wine guy tends to be more self-absorbed, anxious and conscious of his social standing within a group. My advice to these guys: Learn to take a chill pill and open up a nice cold one.

No matter what your beverage preference, enjoy and drink responsibly!