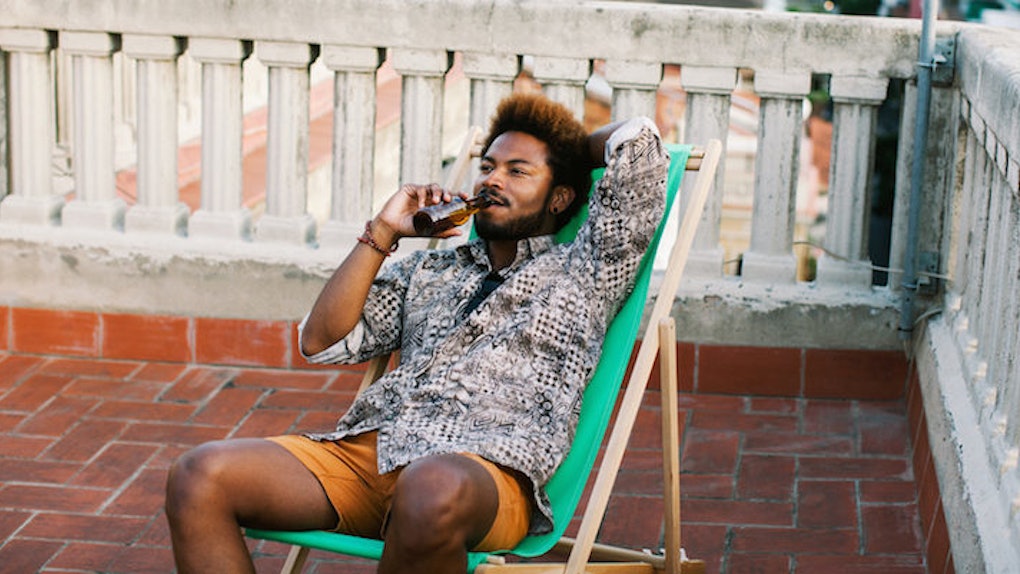 English Vs. American IPA: What Every Craft Beer Drinker Should Know

If you want to be a proud beer snob who knows your sh*t when it comes to the brews of the world, start by understanding the difference between English India Pale Ale and American India Pale Ale.

Some of you IPA hounds may already know.

If that’s the case, you can stop reading and get on with your hoppy life.

For most of you who think you know, but aren’t 100 percent sure, you may want to confirm the facts before you look like a phony craft beer drinker.

And for those of you trying to get into beer beyond beer pong beer, IPA is a good and very respectable place to start.

A Brief History Of IPA

India Pale Ale got its start back in the day when the English needed a way to export beer to British troops in India so it wouldn’t go bad.

Who wants bad booze? No one.

The solution to this quandary was to brew strong pale ales with extra hops to help preserve it for the long journey.

Then, as per usual, Americans got involved.

In the '80s, craft brewers in the good old US of A took it upon themselves to make an American version of this English IPA by using American hops.

They likely did this so they could state “Made in America” loud and proud on the label.

A Quick Overview Of The Two

English IPAs are thought to be generally bitter, yet smooth.

It feels light in the mouth and often ends with a bitter to hoppy finish.

American IPAs typically have a much bigger hop profile compared to the English IPAs, which have more of a subtle, classic taste with pronounced hops.

For an easy way to remember the difference, you could say the two versions fit the stereotypical British versus American way.

It's polite and classy versus loud and proud; you can guess which belongs to which.

(PS: English IPAs tend to have a lower ABV than the American-style. Typical.)

It Comes Down To The Hops

The main difference between the two is the hop variety used to brew the beer.

English IPAs are made with hops that produce more of a flowery, spicy and earthy character to the beer.

American IPAs use completely different types of hops, which give it a tropical fruit and piney taste that results in a bit more bitterness.

An Explanation Needs An Example

It’s hard to grasp what something tastes like through the written word, but there are two beers you can do a real-life tasting of to help understand the differences between the two.

Stone IPA is a true American IPA that is well-known to many IPA drinkers in the US.

This makes sense, since hops grow plentiful on the West Coast and are the signature differentiating factor that affects the taste profile.

Aside from knowing the beer as a quintessential ingredient of an Irish Car Bomb, Guinness actually makes a Nitro IPA.

For those looking to see what the British IPA should really taste like, the flavor of Guinness Nitro IPA fits the bill.

It's citrusy with gentle pine notes, yet it is smooth, creamy and rich with a pleasant, bitter, hoppy finish.

These are the main differences between the mysterious India Pale Ales.

This brief overview of American IPA and English IPA should give you an edge when it comes to knowing your beer.

Once you’ve absorbed this valuable information, you’ll begin to notice it while you sip.

Share the knowledge and spread it to establish your street cred as a respectable craft beer drinker.