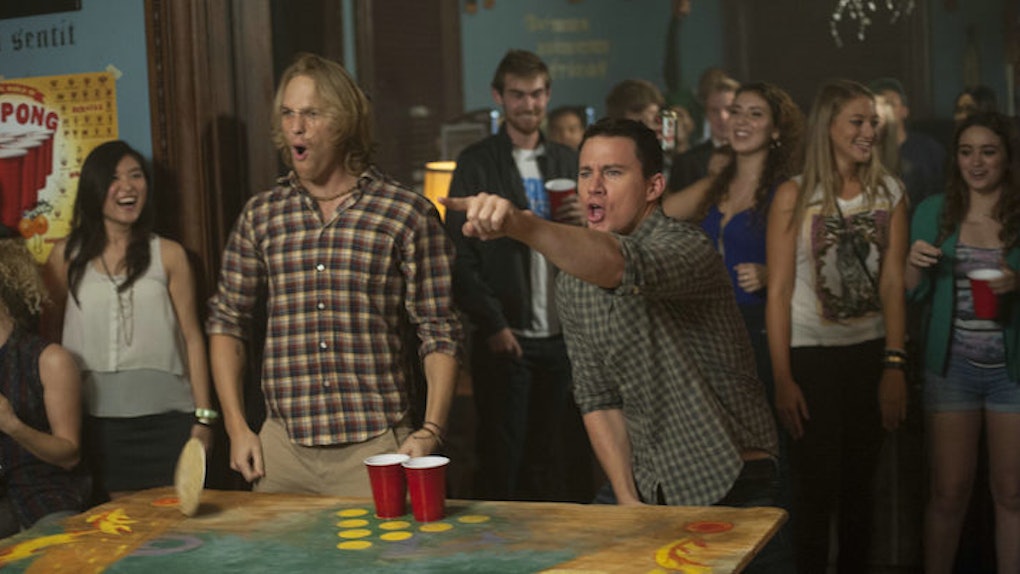 College is -- and will always be -- whatever you make of it.

That’s the essence of college; it’s the time when you can finally grab the reigns of your own life and apply a touch of your own creative direction.

For many of us, it poses the first opportunity to sleep somewhere outside of the city we grew up in. And for the majority of us, it presents an entirely new, fresh crowd of people to interact with.

I graduated college a couple of summers ago and can tell you, rather decisively, that my biggest regret was taking the experience for granted, which is somewhat surprising forasmuch as I pledged a “cool,” beer-guzzling, social fraternity while at school.

Ironic as it may sound, I turned to Greek life because I’m generally lazy and rather shy. Frankly, I wasn’t so confident that, had I not pledged a fraternity, I would’ve had the daringness to go out and proactively “look for” new friends. It always felt kind of forced.

I don’t know, I guess I just assumed a large organization -- with a formal social calendar -- would’ve made it easier for me to meet new people and adjust to a new crowd.

A lot of my older friends who had been to college before me pushed the idea of Greek life, explaining to me how cut off the social scene was for those outside of it.

While I wasn’t hell-bent on pledging a fraternity, by any means, the last thing I wanted to do -- upon embarking on my college career -- was limit myself socially, from the get go.

As the years progressed, however, I started to get the impression Greek life was more limiting than anything else.

But it’s more complex than that. To this day, I could never say I regret pledging a fraternity.

A lot of the old clichés -- annoying as they might sound -- have held true over the years: I made a handful of lifelong friends, learned many valuable lessons and pretty much laughed my ass off throughout the duration of college.

To say pledging a fraternity is entirely necessary to flourish as an individual at college, however, I’m not sure I can.

In addition to all the positive aspects I mentioned above, there were some negative ones, too.

For starters, it’s difficult to make friends outside of your fraternity. Fraternities create very strong friendships between you and your “brothers,” but, over the course of your four years at school, you might want to meet people with different interests.

If you pledged a fraternity with a bunch of dudes who typically play basketball and enjoy watching sports, it might present a challenge during those times when you might want to discuss politics or, I don’t know, contemplate jazz.

See, fraternities are grounded on the premise of unity, of conformity.

This won’t bode well for the type of person who enjoys having many friends, from many different walks of life, with various different interests. Sometimes you'll just want to get away and do something different.

Although you might end up with more friends, by way of pledging a fraternity -- it’s not the quantity, but quality, of character you surround yourself with that’s truly important.

Although pledging a fraternity might be the easier way to meet new people -- doing so as an individual might produce the most fulfilling experience. At the end of the day, you’ll have to decide what truly matters for you.

If a large group of friends with a regimented type of social calendar is what truly appeals to you, then maybe a fraternity (or sorority) is the right path for you to choose. But that doesn’t mean it’s the only path.

If you choose to forgo the whole Greek life thing, you can have more freedom to explore yourself and life around campus. If you want to spend one weekend hanging with one group of people and the following weekend hanging with a different group, that’s your prerogative.

At the same time, there’s nothing saying you can’t make friends with people who pledged a fraternity either.

If certain people on campus are going to look at you differently for your decision not to pledge a (or their) fraternity, it should only make it easier for you to recognize who you should and shouldn’t spend your time with at college.

That’ll get old quick -- trust me.