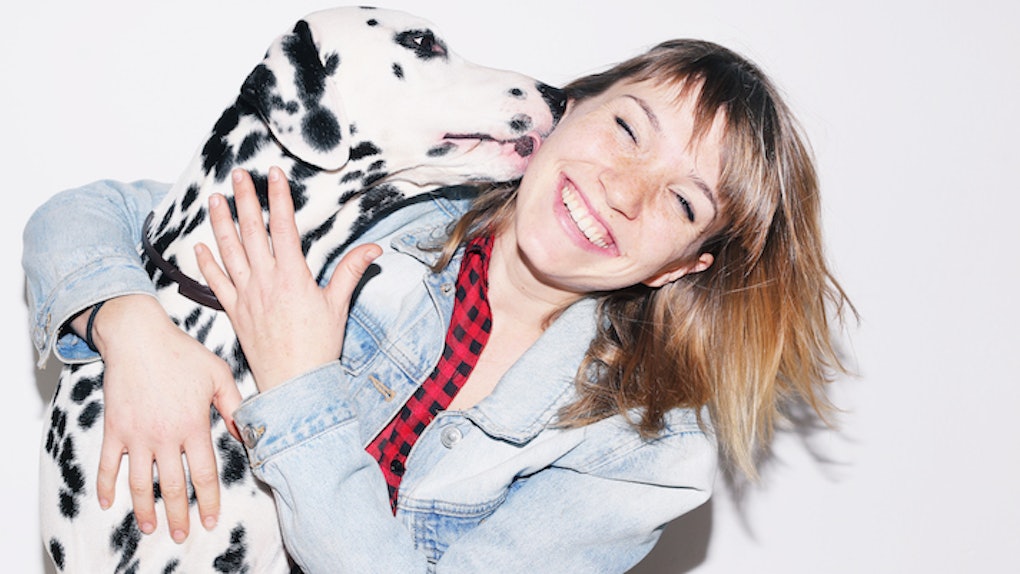 Dog Moms Are Real Moms And This Proves It

After months of searching and applying to adopt a rescue, I finally found a Shepard/Lab mix at a high kill shelter in North Carolina.

In a few short weeks, he would travel up the East Coast and I would get to take him home.

Due to a mix up in paperwork that, to this day, I still do not understand, I ended up with his sister.

The siblings were traveling up to New England in the same transport van, and somehow the boy I was expecting was given to the family who was expecting his sister.

But it was love at first sight; giving her back was not an option for me.

We were meant to be, and Charlotte has changed my life for the better ever since.

1. I started to schedule my life around my dog.

Going out for spur-of-the-moment drinks or dinner after work isn't really an option anymore. I work full-time, and I don't want to leave Charlotte home for any extra hours during the weekday.

So, I schedule my social plans far in advance to make sure I have someone to watch her if I can't home with her myself.

Having to make plans far in advance has actually made me less of a flake because I don't want to have to reschedule, especially if I need a dog-sitter.

Mornings with Charlotte start much earlier than mornings alone ever did. She's still a young dog, so she's up and ready to start the day long before I am.

Now that I have a reason to get going earlier in the morning, I'm much more productive.

Sure, getting up early is still a bit of a struggle, but Charlotte makes it worth it.

3. I finally understood why my parents worry about me.

Even though I treat her like my own child, I realize she's just a dog, so I would assume having actual children creates worry on a whole other level.

But I constantly worry about my dog getting sick, hurt or running away. I can't imagine my life without her.

I've come to understand why my parents didn't want me out all night when I was young and are always telling me to be safe when I drive somewhere.

The fear you feel when you're unsure of your child's — or, in my case, dog's — safety is unreal.

4. I'm much friendlier to strangers.

I used to be one of those people who walked down the street with headphones in, avoiding eye contact with anyone and everyone. I hated small talk with strangers and definitely didn't want to be asked for directions.

Now, when I'm walking with Charlotte, I'll smile back and strike up conversation with other dog owners or passersby who acknowledge how adorable she is.

(Pro tip: Being a single dog mom is a great way to meet single dog dads.)

5. I started to be more active on social media.

There is nothing worse than those parents who post picture after picture of their kids on social media, but I am now one of them.

My Instagram, Twitter, Facebook and most of my Snapchat stories are all filled with pictures and videos of Charlotte. And I don't care if you're sick of seeing the same snap over and over again.

Two Instagrams of her in a row? I do not care.

Three tweets about her in a row? Not enough.

A 300-second Snapchat story all featuring my dog? There should be more.

I love her; she's cute. And if you don't agree, you're lying.

They say people with dogs live longer, happier lives, and I completely agree with that.

Dogs love people unconditionally; it's one of the greatest feelings in the world. (I don't think anyone will ever greet me with as much enthusiasm as Charlotte does when I get home from work.)

I've definitely had to give some things up since adopting Charlotte, but that comes with the territory of being a dog owner.

It's a huge responsibility, and not everyone is meant to have a pet. But my life is 100 percent better with my dog in it.