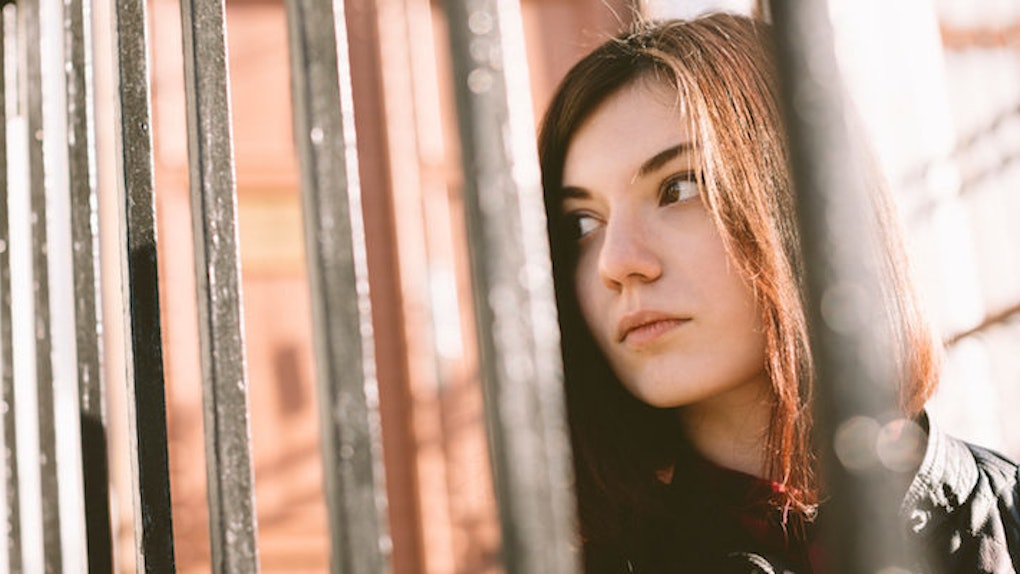 The Fundamental Difference Between Sadness And Depression

It bothers me when some of my friends tell me they're depressed.

It's not that I'm unsympathetic to whatever they may be dealing with, and it may be true that they are truly depressed -- and not just sad, but when I hear the word "depression," I think of a debilitating disorder that takes too many lives.

Hearing the word get thrown around so frequently makes me worry for people whose very serious symptoms could go unmedicated or unnoticed. They may hear that everyone around them is "depressed" and decline to get help, believing their feelings are widespread and normal. But they're not.

I've known my friends for a long time. And while it's true that some of them may very well be unsatisfied with different areas of their lives, I have a suspicion that none of them are depressed in a literal sense.

Depression is more serious. Depression holds a great number of people back from simply enjoying life. It's more than just a bad day accompanied by a night spent listening to Nick Drake records; it's what strips the world of beautifully tortured minds like Nick Drake himself.

But that's what's difficult about depression: It's a concept that's far from easy to understand.

For many people, however, the line between sadness and depression can be blurred.

Depression isn't just a term to be used lightly; it's a clinical disorder, and it is often fatal.

Out of respect to those who deal with true depression on a daily basis, I'm writing this to set the two apart.

Although many of us have bad days – and I mean really bad days, days that make you want to crawl into a hole – few people are dealing with actual depression.

For instance, whenever you hear people say that they've been feeling “kinda depressed lately,” chances are they're falling victim to a poor choice of words.

According to Guy Winch, a psychologist and author of Emotional First Aid: Healing Rejection, Guilt, Failure, and Other Everyday Hurts,  “Depression is an abnormal emotional state, a mental illness that affects our thinking, emotions, perceptions and behaviors in pervasive and chronic ways.”

In other words, depression -- and the pervasive sadness that is involved with depression -- doesn't simply come and go from day to day. People who are truly depressed don't feel depressed every few weeks, when they find themselves in a slump. Depression is day-in and day-out.

Additionally, Winch says that depression can often rear its ugly face for no reason. There's no trigger. (On the other hand, "situational depression" is also a type of depression, and it often follows traumatic life events -- a divorce, a death in the family, a physical illness.)

And often, depression can afflict someone as a result of trauma. Often, people who have a family history of major depression can become depressed themselves after a life change -- an event that may be easier for others to overcome.

Winch writes of clinical depression, “People's lives on paper might be totally fine -- they would even admit this is true -- and yet they still feel horrible.”

This is why depression becomes such a suffocating condition to deal with. People battling depression may not know why they're depressed; they just know that they are. They may feel guilty for being depressed when their lives seem otherwise in order.

So if you think you may be dealing with something serious like depression, ask yourself what, in particular, is making you unhappy. If you can identify the different aspects of your own life that are making you dissatisfied, try to improve these areas. If you change your situation and are still unhappy, you may be clinically depressed.

Winch also explains that depression has lower “thresholds." If you're depressed, you're “more impatient… quicker to anger and get frustrated, quicker to break down, and it takes you longer to bounce back from everything.”

It's never simple for people with depression to "snap out of it," as they're often told -- and, as Winch notes, this usually makes things worse.

In a post for LiveScience after the suicide of actor Robin Williams, health editor Karen Rowan highlights additional symptoms of depression, via the Mayo Clinic: “loss of interest and pleasure in normal activities, irritability, agitation or restlessness, lower sex drive, decreased concentration, insomnia or excessive sleeping and chronic fatigue and lethargy."

If you feel like you're experiencing something more pervasive than general sadness, make sure to see a physician before letting it get any worse. Often, people battling depression may become apathetic about their emotional state and accept it as "the new normal." This is a mistake.

It's important to remember that, while depression can strike at any time, it's never too late to address. And if you hear your friends mention depression, even in casual conversation, make sure to ask them what they're dealing with. But don't ignore it.

The more awareness that's spread about what depression truly is, the less it will be misunderstood.

If you are depressed and want to seek treatment, there are plenty of websites, hotlines and other forms of professional help you can go to. Please do not wait to get the help you need: