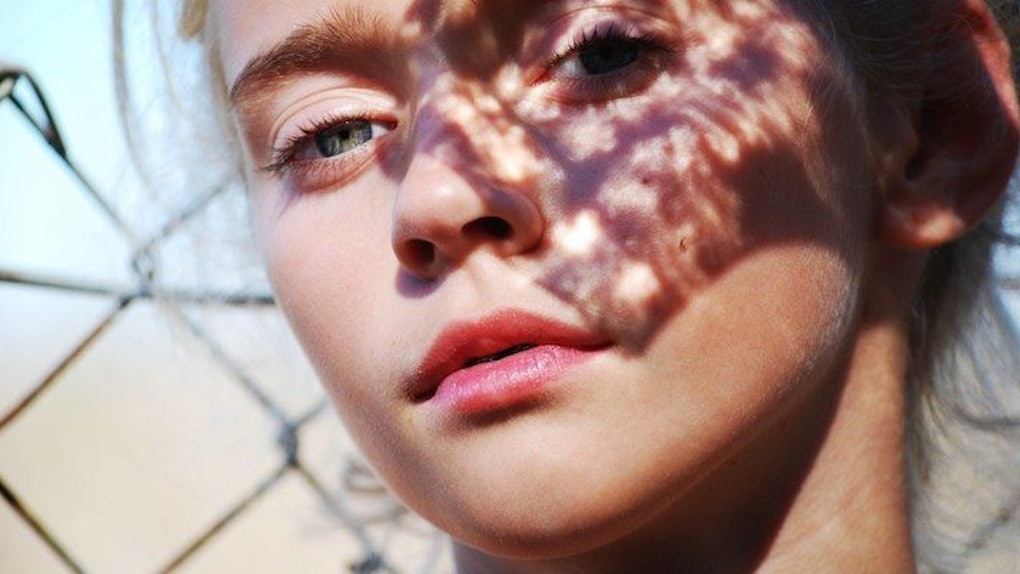 I had never been to a dermatologist before.

But, with being a “here and there” tanner for the past six years, and having a few friends with skin cancer scares, I figured it was time to make the appointment.

I had a list of areas of concern I wanted to question her about, but nothing too serious.

With my list in hand, I walked in for my first skin check. I wasn't sure what to expect, but I answered a few health history questions from the nurse and did as I was told.

I undressed, put on a robe and waited for the doc.

I was slightly alarmed by the large light above the chair I knew I was about to be asked to lay on.

It made me think of an operating room with a steel table, large light and terrifying operating tools.

(It's not at all what the office looked like, but I’m prone to freaking myself out over the smallest things. I mean, really, it was just a big, bright light.)

The doctor walked in and the first thing out of her mouth was, "We’ve got ourselves a tanner."

I silently gulped and gave her a half smile, embarrassed as ever, and murmured, “Yep.”

She was very friendly, and after her initial comment, made me feel very comfortable.

I told her about my list (now a crumbled-up piece of paper due to my nerves), and she said she would check my skin from head to toe first, see what stood out to her and then move on to my list.

Ironically enough, nothing on my list stood out to her. I had no real problem with acne, dandruff, oil or cysts.

I had written down things like flakey skin in a few places, odd skin discoloration (which turned out to be a birth mark) and dry heels.

Her concern, though, was with a new mole I had developed on my back. Yes, I was aware of the mole, only because my mom once pointed it out and I realized it was a newbie.

Welcome to my back, mole.

I knew it caught her attention because she was looking at it for quite some time and saying words to the nurse I would never spell or pronounce correctly again.

She mentioned its large size and said it was “almost black,” about 60 percent. She said it was a bit alarming and she would prefer to remove it sooner than later.

I’ve had one operation in my life (ovarian cyst removal), but for some reason, the idea of someone scraping a mole off my back terrified much more than someone going through my belly button to remove a cyst from my ovary, a pretty important reproductive organ.

Ever since my first trip to the tanning salon for a high school dance, I’ve known what I was doing to my body with every minute I laid in a tanning bed. Subconsciously, it terrified me, but I kept doing it...until now.

I’ve made the decision to quit tanning.

At the end of my appointment, she told me the damage was done, and even if I stopped tanning today, I couldn’t reverse the effects the UV light I’ve been exposing myself to for six years has had on my body.

I’ve opened myself up to the ideas of skin cancer and premature aging that she promises will catch up with me.

Although my mole may not have melanoma now, she said it could develop. The idea of one day telling my loved ones I have melanoma scares the sh*t out of me — so does the word "cancer" alone.

I get my first mole removed in September.

At that point, I will be two months free of tanning. And, although some damage has been done by my UV exposure, I’m hoping this will help prevent anything from getting worse, or any future mole removals.

I also pray it’s not too late with this little (but apparently “big”) guy on my back.

I encourage you to get your first skin check, if you haven’t already. And get the f*ck out of your tanning contract.