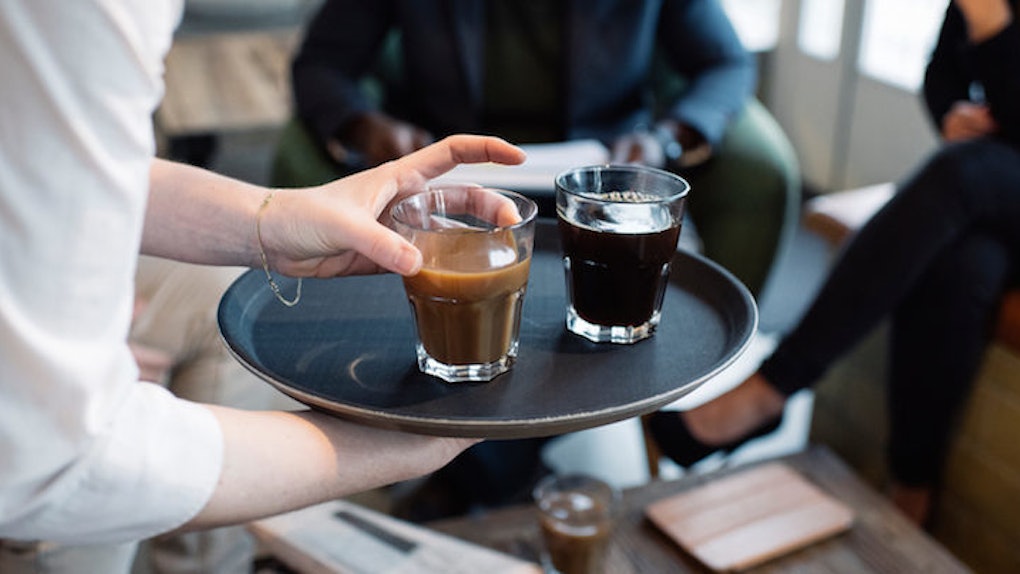 All Was Not Lost: 5 Things I Learned From Working The Worst Job Ever

Like most Millennials, I graduated from college just as the economy was taking a giant nosedive.

I spent an entire month post-graduation sending my résumé into cyberspace, and dodging student loan collection calls from the extremely needy Sallie Mae.

And so, it became painfully apparent I would need to find a summer gig to tide me over, while I was trying to land a "real" job.

I saw a casino boat on Long Island posted a wanted ad for cocktail waitresses. I figured if I was to find a job, spending my summer working on a boat wouldn't be the worst thing.

Picking up sea sickness bags filled with puke, and being cursed at for bringing customers "bad luck" was all in a day's work for me.

Our regular clientele included a roster of unsavory characters. One reeked of old cheese and always insisted on a hug. But despite all of the nightmarish things that went on aboard this ship, I did manage to learn a thing or two.

Here are the most valuable lessons that have stuck with me from my summer aboard the ship from hell.

1. Good coworkers can make just about any situation bearable.

If you would've asked what was most important to me when considering a potential job before this experience, I would have probably said the money. Now, it's working with people I really enjoy being around.

My shipmates that summer were some of the best people I've ever met. If you work with someone who is willing to help you pick up puke bags off the floor, even when it isn't her turn, you should make it your business to lock that person down as a friend for life.

2. Improvisation is an art form.

This ship consistently ran out of everything, including ice, glasses, silverware and Captain Morgan. It made an already challenging job nearly impossible to do.

But having these obstacles thrown at me on the daily turned me into an expert improviser, a seasoned problem solver and a self-proclaimed bullsh*t artist.

When our dishwashing staff was short and clean glasses were nowhere to be found, I figured out how to get the dirty racks through the high-tech dishwasher myself to keep everything moving smoothly.

On the night we ran out of Captain Morgan, I convinced a rum aficionado we had a type of specialty Caribbean rum our bartender insisted he try. Sure enough, after talking it up, my customer was sold.

And thankfully, he didn't realize that what he was sipping was the lower shelf Sailor Jerry.

I really do try my best to be punctual, but if we're being honest here, I'm usually five minutes late to everything. In most situations, five minutes won't make or break you. If you work on a boat that leaves at a certain time, five minutes could mean you're fired.

Because of this, I learned how to be on time that summer. I always left much earlier than I had to, and if I did manage to get to the harbor early and avoid traffic, my reward — a few extra minutes to watch the boats leave and pull into the harbor — was worth it.

4. How to navigate cheap beer.

Being a recent college graduate with a summer job and a mountain of student loan debt didn't lend itself to buying mixed well drinks, so I had to learn the art of drinking cheap beer.

This was probably one of the most valuable life skills I picked up during my stint working on the boat. I was able to try a whole bunch of our beer, and I figured out what brew in my price range I liked best.

And I got to do all of it for free.

5. Leading a line dance is a necessary talent.

On our way back to the harbor, the casino had to shut down due to geographic restrictions on gambling. So, it was my job to "get the party started," and make sure the crowd was dancing on the top deck of the boat.

That was pretty hard to do, considering I was dealing with people who just gambled away entire paychecks on this ship. But, it was a challenge I accepted and ran with.

The trick? Start dancing like you're having the best time ever, and have one or two people who are willing to jump in and do it with you.

I'm proud to say I can still get the "Cupid Shuffle" started no matter where it's playing, whether it's on a city street during a summer festival or at a wedding with shy attendees.