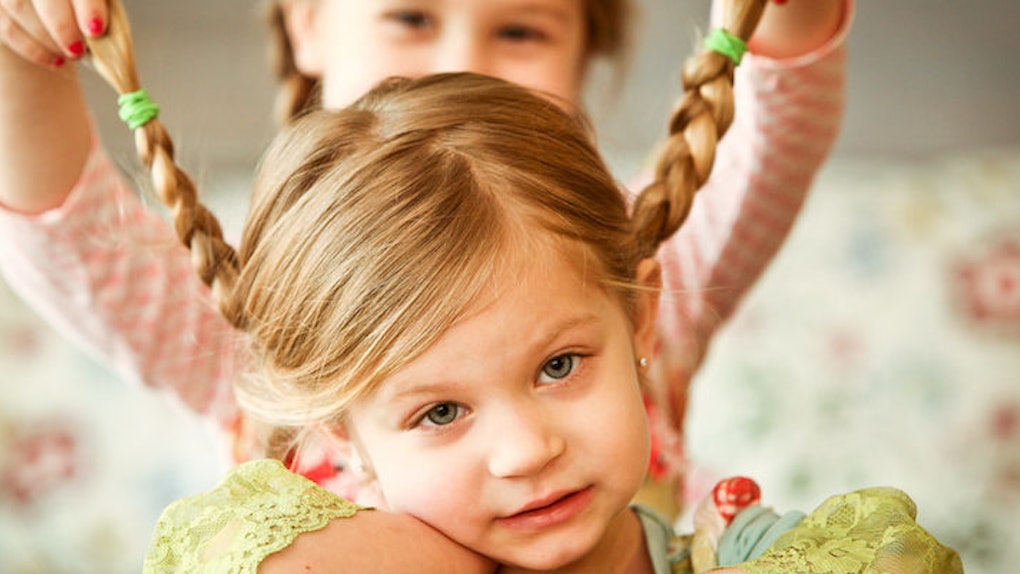 Family is never easy. They can be overbearing or invisible, invasive and irritating.

But, regardless of their eccentricities, we are obligated to love them at the end of the day, and we do.

There is no question: I had a blessed and rather affluent upbringing.

I was raised in Beverly Hills, overlooking the canyons of both the San Fernando Valley and Benedict Canyon in Los Angeles, California.

I was able to attend private schooling alongside my siblings.

But, despite the equal opportunities and strong two-parent household in which we were raised, we could not have turned out any differently.

As the oldest of three, I have a sister three years my junior, now 16 years old, and a brother, four years younger than she.

By no means do I claim to be the good girl. I am a strong personality, creative, as mainstream and basic as it gets, but I do work hard — really hard.

Throughout my childhood, I excelled in many avenues, but none without effort.

I was a perfectionist to a self-destructive point, and in an attempt to prove to myself I had, in fact, accomplished something to be proud of, I tended to rub it in my sister’s face.

I can’t imagine it was very easy to grow up under me, left to follow in my footsteps. While I was certainly not perfect, in the grand scheme of things, I didn’t do many things wrong.

The real trouble seemed to start when it was clear she did not care about my footsteps, the path I had worked tirelessly to trudge for her.

She was athletic -- insanely athletic -- and effortlessly smarter than I could have ever hoped to become. She was as adamantly against every mainstream fiber of my being as she could be.

Recently, I came to accept that our differences are so polarizing we will never be the close, “share everything” sisters depicted in movies.

When I went off to school, I left with hope that distance might make our hearts grow fonder, that maybe 2,250 miles of space was what we needed, but needless to say, both ends of the telephones were largely silent for months.

It’s no one’s fault. We’ve tried, but our sisterhood will never include traveling pants, FaceTimes or venting lunch dates. Not everyone can have the picture-perfect family.

I love her and I respect her. But, as I watch her go through life, there are certainly times I wish I could impart some of my experience on her as a lesson in what not to do, in the hopes of sparing her from my mistakes.

If we could take each other seriously and talk like those sisters in the movies do, this is some of the wisdom I would share with her.

Maybe someday down the line, I will actually be able to:

1. Don’t take yourself too seriously at a young age.

The one thing we have always had in common, regardless of how much you might not want to admit it, is our struggle with perfectionism.

It's the pain we experience when we get bad grades and the defeat we feel when we don’t get first place in a competition that we pride ourselves in.

Regardless of how talented you may be, you will fail at some point. You will fall so hard, it will feel as if you’re stuck in tar and can no longer feel your legs.

The earlier you realize this, the less you will lose yourself when the big defeats come.

Don’t let yourself slip away after one misstep.

Find yourself a place to go in the world that won’t go away. While you may grow out of school, and athletic competitions will slowly dwindle, work can stay with you forever.

Through any stage of your life, you will always be able to feel you’re being rewarded.

You and I need to feel validated. At a certain point, letter grades and first-place medals will have no place, but a simple paycheck outside of your everyday school life can bring some meaning into a world you're not as familiar with.

Really, the only thing about the college process I don’t regret is going far away from home.

While I was more homesick than I initially expected, I now can say I have two real homes, completely environmentally different from one another.

You can come back home for the rest of your life, but you have four years to live in any place you want, and you don’t have to pay for it. Take a risk.

4. Be smart about your love life.

I can’t give you any advice in this category because, frankly, you’ve had many relationships and I’ve had zero, but I can say you need to be smart.

Don’t do anything too fast or anything you’re not comfortable with.

If a person is truly right for you and respects you the amount he or she should, you have all the time in the world.

5. Step out of your anti-mainstream bubble and get an Instagram.

I understand you pride yourself on not needing the basic forms of social media your friends and everyone else around you have become enthralled with, but what you don’t understand is, regardless of whether you accept it or not, people at college will judge you based on your social media presence or lack thereof.

It can hinder your position in sorority rush or finding a roommate, and frankly, it’s a great way to keep in touch with your high school friends who will be thousands of miles away.

6. Take care of yourself mentally.

I let it get out of control, and unfortunately for you, we have the same tendencies in this regard. Don’t get worked up too much about your future at 18.

Even though I’m still figuring this one out for myself, find someone to talk to about it. I chose to be alone, and that’s not a good thing for anyone.

7. Stay away from gin, but wind down with a drink.

For way too much of my high school tenure, I held on to my goody-two-shoes act, scoffing at my peers who would proudly hold Solo cups filled to the rim with beer.

But, the reason I did that wasn’t because I believed underage drinking was wrong; it was because, selfishly, I wanted to seem better than everyone else, maintaining the prudish persona I foolishly believed was expected of me.

Drop your good-girl act if it is just a ploy to make yourself appear high and mighty. There is no use in lying to yourself to please other people.

Get used to drinking and have fun with it, but be responsible. You have your whole life to enjoy alcohol, so don’t get tired of it in one year.

I had everything planned out at 15. I knew my major, the city I’d live in after college and the first full-time job I planned to hold after graduation. No one warned me there was anything wrong with this.

In fact, most kids go into school “undecided” in studies and future life plans, so the fact that I seemed to have everything figured out made me feel superior, and people treated me as such.

Boy, was I wrong. There’s a reason why most students spend four years figuring out what they want to do.

If part of their plan falls apart, they can move on to another idea. It’s simply not the end of the world because it wasn’t necessarily their end-all, be-all dream, anyway.

However, as soon as my detailed future seemed to go awry, awry I went, as well, spiraling into a tailspin under the impression I had ruined my life within the first month of my freshman year.

In my mind, I had become the ultimate deadbeat failure at age 18, with my dreams and goals crushed. It seemed the rest of my peers steamrolled ahead, ready to take on the world.

Simply put, don’t get your heart set on anything too soon.

Even if our fences never mend and our cordial, yet largely unfriend-like relationship remains, I will always love my sister.