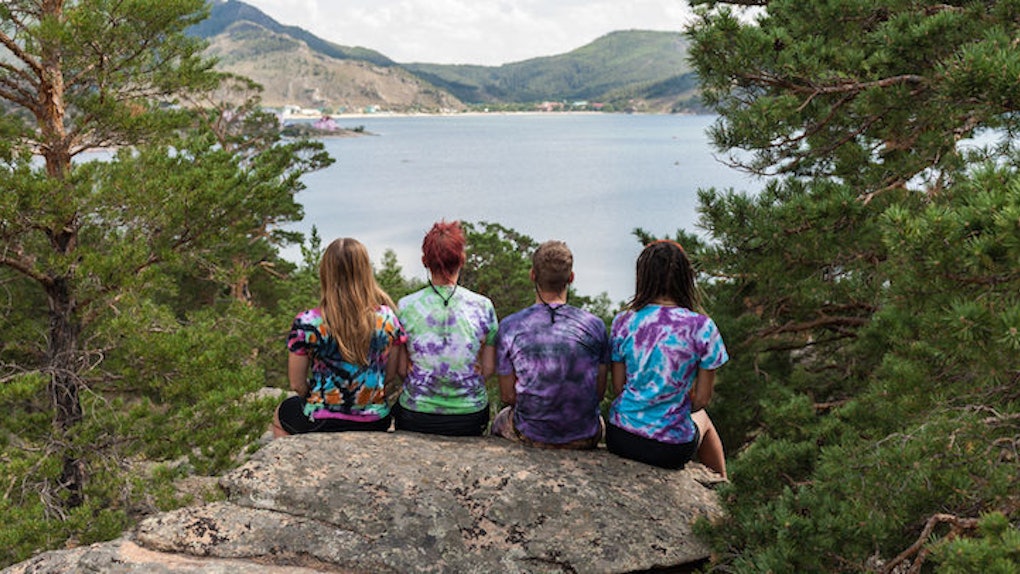 I started working as a camp counselor four summers ago, and I fell in love with the job. Not only do I get to go on outdoorsy adventures, sing campfire songs until my voice is raw and dress exclusively in t-shirts, Birkenstocks and flannels, but I get to work with kids every day.

We teach our campers lessons from day one.

For the younger kids, we teach them sportsmanship and courage through activities, such as playing fair in dodgeball, or facing their fears of gliding down the zip line.

As campers get older, the lessons get more complicated.

One of my favorite lessons is how to survive in the wilderness with no makeup, no showers and no mirrors. It's a lesson in self-esteem and self-love.

With all of these lessons, us counselors teach our campers, but sometimes, the campers also teach us.

One of the most important lessons I’ve learned in my four years at camp happened this past summer.

For the first time since I started working as a counselor, I had a transgender camper in my cabin. Over those two weeks, I gained some insight into his life, and what it means to live as a transgender teenager.

1. The world is full of boxes.

When my camper’s parents signed him up for camp, they checked the box marked "female." That placed him in a girls' cabin on the girls’ side of camp.

This meant he woke up every morning to something along the lines of "Girls! Time to wake up! We have to get to flags in 15 minutes!"

His parents had chosen that box for him because they weren’t comfortable with his gender quite yet.

And even he himself admitted he wouldn't have been fully comfortable on the guys’ side, either. But camp only comes in those two boxes, so we tried our best to help him fit in.

When I was first told this camper wanted to be called "he," I thought it was no problem.

But yes, it was a problem.

I made this mistake more than I'd like to admit. I slipped up in front of him and in front of his friends. They were kind and patient, and they corrected me.

“You mean it’s his turn to help with breakfast.”

At first, I brushed off these mistakes. At least I was trying, right? But after hearing this camper talk about how he felt every time someone called him "she" or "her," I realized my slip-ups were an attack, an unintentional, accidental attack on his gender.

After that, I thought carefully before I spoke. I wouldn’t let myself use the wrong pronouns.

You don’t get invited to a special club if you use the right pronouns. You don’t get a medal, a cookie or a pat on the back. You’re not a saint.

If you use the right pronouns and respect peoples’ gender, you’re not special. You aren’t open-minded or accepting. You're simply doing exactly what you’re supposed to be doing.

No one gets an award for not being racist, not being a homophobe or not kicking puppies. The same goes for being trans-inclusive. You’re not a martyr.

At minimum, you’re just not transphobic or not an assh*le.

Before I had this camper in my cabin, I had only seen transgendered individuals on TV. And after I met him, I treated him differently.

I was too eager to be accepting, too careful. I babied him, and I gave him special treatment. And what’s worse is he noticed. He noticed it with me and his peers in the cabin.

And finally, he told us. He called us out for talking to him differently; he said our voices changed when we addressed him.

So, I realized he wasn’t a delicate lamb that needed to be protected. He wasn't a special snowflake or a symbol of the entire trans community.

When his parents came to pick him up, he cried. His camp friends surrounded him, hugged him and cried, too. He was leaving the first place he felt accepted.

Camp is pretty magical that way.

He carried his duffel bag to the car, and I wondered if his parents would come around to accepting his gender. I know a lot of people might say it must be hard on them because they lost a daughter, but that’s not true.

They just had a son all along without realizing it.

With summer nine months away, my only hope is that when camp rolls around, his parents will check the right box.