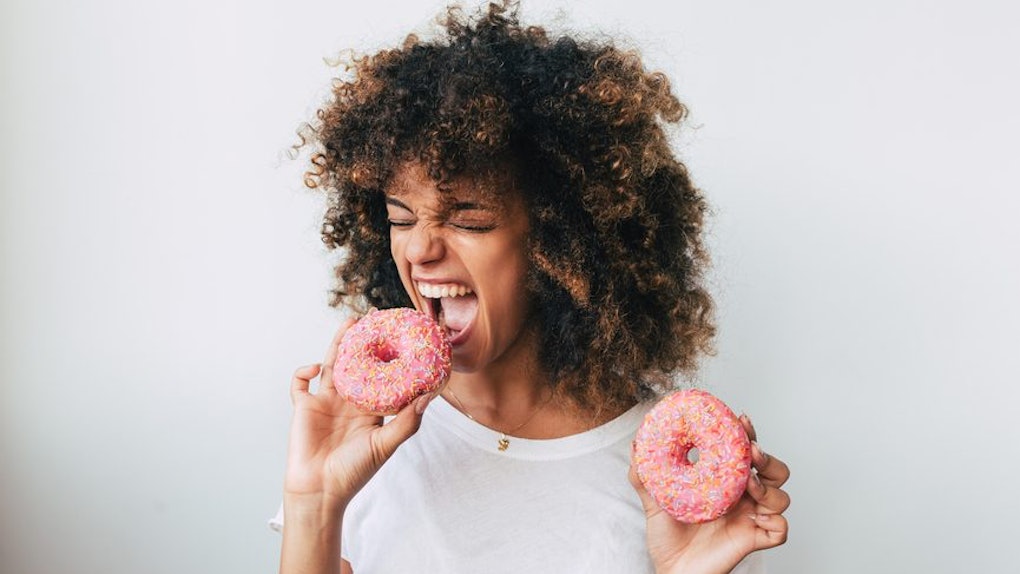 This Is Your Secret Weakness, Based On Your Zodiac Sign

Whether it's Cheetos, Snickers bars, cigarettes or political talk radio, everybody has a vice.

But, the weaknesses that fuel those vices are the real problems. The vices themselves are just symptoms of larger issues.

Though we can all have difficulty figuring out those faults, astrology may be able to help you out.

Here's your greatest weakness, according to your zodiac sign:

Cool down there, buddy.

The minute you think someone's stepping to you, you blow a gasket, and that's no way to handle things.

You're an adult now (even if you are the baby of the zodiac), and you need to grow up and learn how to handle things like a diplomat.

True warriors keep their enemies close. So, stop being the human Worldstar.

Stop calling eating a whole pint of ice cream "loving yourself." It's not loving yourself, and it's not a special treat when you do the same thing for three nights in a row.

Get real, Taurus. Somebody hurt your feelings, and you're having trouble coping.

If you need a day to isolate, that's OK. It's typical of your sign.

Just don't let it stretch into a week. You're doing TOO LITTLE.

Not everybody needs to hear about the last article you read that disputes their opinions. LET THEM LIVE.

You might as well just chime into the next conversation you overhear at the office by spouting, "I READ THE NEW YORK TIMES REGULARLY!" and get the pat on the back you've been looking for all along.

Take it down a notch, Gemini, or people will start thinking you're a smartass.

As a Cancer, you're either super connected to your mom, or you hate her guts and think she's ruined your life.

Either way, her disapproval bothers you, and as an adult man or woman, you need to pony up and let go of whatever she thinks.

You're a grownup now, and it's time to live life on your own damn terms.

Look, we all want to be liked and appreciated, but you take things to another level.

When someone comes to your door at 3 in the morning and tells you that you're pretty, you probably won't let them in.

But, you will stay and chat for a while just to "see where it goes."

You want to know where it goes? It goes to murder-town, Leo.

Virgo: anything out of order

So you're on your third date, and you've finally been brought back to the apartment.

Your date is ready to get down to business, and the first thing you do is tear off your clothes and... wait, is that photo crooked, or is it the wall?

If it doesn't fixed, there's no way you'll be able to climax. AND THAT, MY FRIEND, IS WHY YOU AREN'T GETTING LAID.

Learn to let that shit go.

You're out with friends, you head to a diner and then you spend four hours debating what you want from that seven-page menu.

It might seem trivial, but it's part of a larger issue.

The diner menu is full of choices, and there's something for everyone. It's very much like this game we call life, and you, Libra, cannot make a decision.

Stop stressing over the little things, and start committing.

Scorpio: the word "no"

You're such a master of the con that when you've done all your research, taken aim at your target and finally made your pitch, you simply can't understand when you hear someone politely decline.

You'll try and fail as many times as it takes for you to get the answer you want, or you'll pull out all your hair trying.

You need to accept it when you get shut down. It's not the end of the world.

A Sagittarius is an optimist to the point of being both dogmatic and blind to reality.

You'll put so much stock into one school of thought that you refuse to look at the cons of your extremism.

Because of this, you shut down your chances of experiencing a wide range of things, which is what you ultimately want.

In other words, you get in your own way a lot. It's time for you to branch out of your own ideas and beliefs.

You really like to do things the hard way, Capricorn. And to put it simply, you're doing TOO much.

You need to book a vacation, take a yoga class, do a silent retreat or just lie on the couch and pass out with some Cheetos on your chest like the rest of us.

You're exhausting everyone else, so it's time to take a break.

Aquarius: a problem that needs solving

If I were to hand you a problem, you'd salivate like a dog being handed a bone.

Whether that problem is a large humanitarian issue or a broken iPad, you'll grab that issue with both hands and won't let it go until you're considered the conquering hero.

It's your life's mission to be of service to humankind in whatever way you know how, but you can't help everyone.

Learn to prioritize, and you'll be just fine.

Sad saps who feel sorry for themselves really get your rocks off, Pisces.

Even though it's your own damn choice, you should be prepared to suffer through a few snake bites.

It's the price you'll pay for needing so badly to be needed by someone else.

Pro tip: You'll be way happier if you try surrounding yourself with actually HAPPY people.