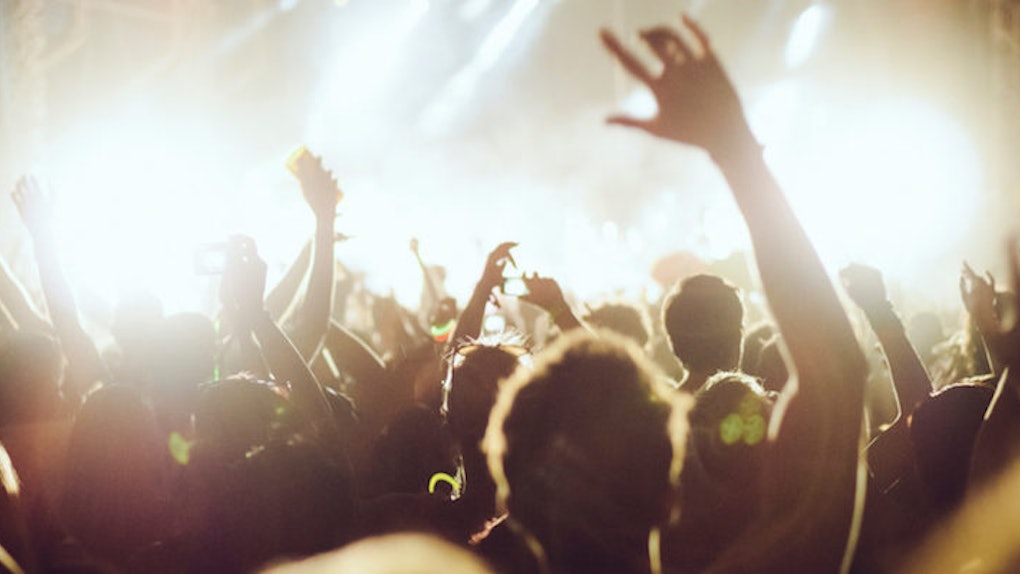 Science Says If You Go To Music Festivals, You're Happier Than Most People

There's a reason it feels like ~something~ takes over you when you're at a concert or festival.

It's not just the sick beats making you feel high off life. It's also the fact we feed off the energy of those around us, and it's been like that for thousands of years.

Believe it or not, partying is important. It serves a legitimate purpose aside from getting boozy with friends. Plus, people who party and go to festivals actually get more out of life and are probably happier than those who don't.

A new study done in Australia and published in Psychology of Music showed a connection between people's happiness levels and whether or not they attend music events.

That being said, a study of 1,000 people doesn't prove that if you go to more concerts and festivals, you're automatically happier. But, it does give us reason to investigate what's really at play biologically when you go to a festival or really fun party.

Psychologists who specialize in evolution speculate humans have always danced to communicate, strengthen relationships and bond with each other.

The phenomenon of shared energy at festivals is attributed to what French sociologist Emile Durkheim calls "collective effervescence." It's basically what happens when a group of people get involved in something that allows them to communicate the same thought simultaneously while participating in the same action.

So yeah, that action could be feeling the beat at a music festival.

When you're at a poppin' party where everyone is dancing, there's a current of energy that flows through the space that's connecting everyone. I'm sure you've felt it, no matter how much you drank or what drugs you might be into.

It's the same feeling you also get while watching a sporting event live in a stadium. Being around a ton of people all participating in the same action brings you to some next-level spiritual stuff.

Can partying be spiritual? Maybe.

The fact you can feel more connected to people around you while enjoying good music is a great reason to actually go to festivals, instead of staying in your apartment and binge-watching "BoJack Horseman."

Citations: The Primordial Reason People Need to Party (Science of Us)