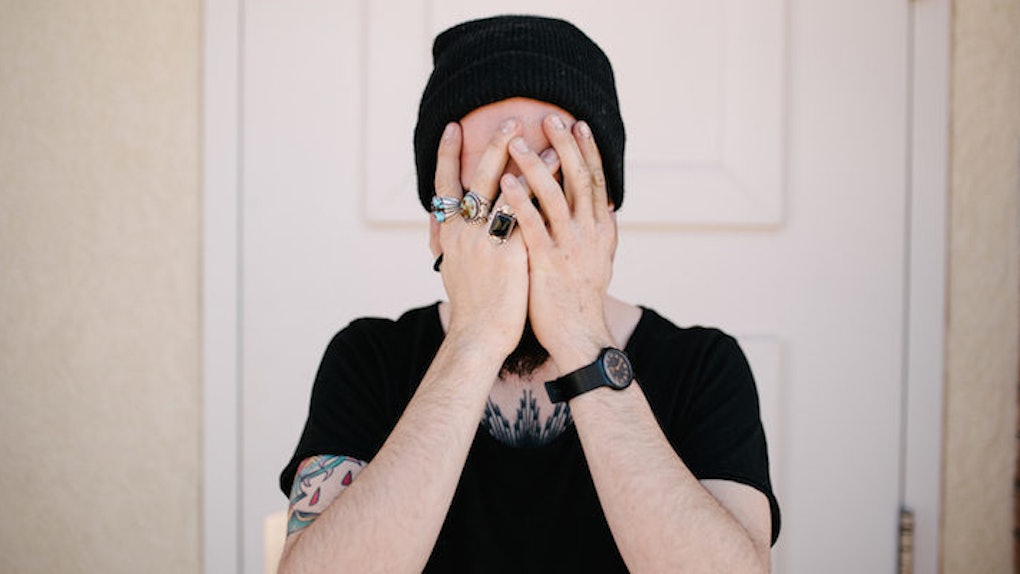 “Oh my gosh, I'm so OCD about my desk being clean,” and “I'm so OCD about making sure my bed is made every morning” are fairly common phrases that have crept into our everyday vernacular as a way for a person to describe themselves or someone else who might be a little overactive about their housekeeping abilities and habits.

While I'm not trying to downplay these statements, they aren't quite obsessive-compulsive disorder in its truest form.

Anyone medically diagnosed with OCD by a professional health specialist knows the difference all too well, and I am one of those people.

Real OCD is much deeper than just having a few obsessive thoughts here and there.

While the above statements are perhaps signs that one could have obsessive thoughts, real OCD feels like your brain is under attack at all times.

Thoughts are so intense and aggressive that it almost feels like they're taking over, and you can't focus and live your life like any normal person would want to do.

OCD can literally paralyze a person from getting stuff done.

It can become difficult to get out of bed, to leave your room or to do any number of basic daily activities.

Where the average person might have the thought, "Did I accidentally leave my iron on?" a person with OCD might have thoughts like, “Did I remember to turn off the iron? Is the iron on? What if it falls on the carpet? What if it catches on fire and burns down my apartment? What if it burns down my whole building and other people die? What if the whole neighborhood goes up in flames? What if everyone in my town dies due to a huge fire because of me?”

You can see how it could go on and on forever.

It starts to get pretty irrational pretty fast, and these aren't thoughts or mental images a person is really stoked about.

There's tons of research about OCD out there, but in its most basic and generic definition, it's “obsessive,” constant thoughts that just won't go away.

A lot of times, they are thoughts that a person with OCD wishes they didn't have.

For instance, one might have the thought, “I don't want to touch the bathroom handle. What if I get a disease?” Then, the thought just won't leave and you'll carry it with you.

The next part of OCD is the “compulsive” behavior, meaning the participant undertakes actions (often called rituals) to make sure the doorknob is clean and safe.

Actions like cleaning it with soap and water, using one's shirt to open the door instead of one's hand or touching the doorknob accidentally and then having to wash the hands over and over to get it just clean enough before figuring out a way to exit a bathroom may become a common habit.

You can see how it could create a less than ideal situation for a person.

My personal journey with OCD has consisted of many different trial and error techniques throughout the years.

I've seen numerous doctors in various cities, and I've worked with therapists ranging from doctoral students in training all the way up to some of the leading OCD experts in the field.

I've tried out various medications, but what I've found the most helpful in my own pursuit has been a mix of cognitive behavioral therapy (CBT) and meditation.

As with anything in life, every person must find their own best way to approach their own OCD and find what method (or combinations of methods) works best for them.

For me, when I first started learning what this mental disorder was all about, I read many different books, and the two that gave me hope after years of feeling out of control are “The Boy Who Couldn't Stop Washing” by Judith L. Rapoport and “Brain Lock” by Jeffrey M. Schwartz.

Rapoport's book contains collections of real stories of people who suffer from different types of OCD, and it's unreal how relatable some of them are.

Schwartz's book approaches the subject of OCD from a bit more scientific view and shows that brain scan images of patients with and without OCD look a bit different.

It argues that it's actually a difference in activity within the brain.

Between these two books, I learned I wasn't the only one suffering from OCD and that having OCD is no different than being diagnosed with a physical ailment.

They provided me with great knowledge from which to move forward in a positive manner of vast improvement.

After everything I've experienced, the most important thing I've learned is that OCD is one of the more treatable disorders within the list of the mental disorders.