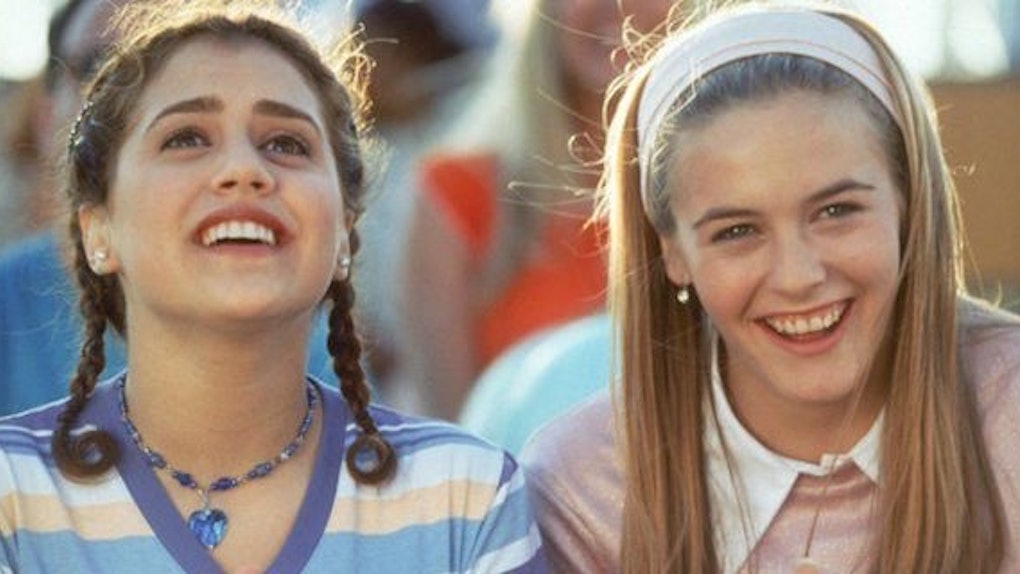 Let's face it: 90s kids were the raddest kids around.

We were the bomb -- all that and a bag of chips, if you will.

And, if you were lucky enough to find your best friend during the golden years of Beanie Babies and The Spice Girls, you might as well have hit the lottery.

Times were simpler back then -- there's no doubt about it.

We didn't meet friends through Facebook, or talk to a crush on Tinder.

Instead, we made friends the old-fashioned way: inviting them over after school for an 'N Sync listening party where we ate 3D Cool Ranch Doritos and gossiped about what the Olsen twins were up to.

We sent little notes in class to boys we thought were cute, asking them to be our boyfriends, and got excited over the simplicity of them circling "yes."

During these times, you were likely to have a partner in crime -- aka, the girl you called your best friend. She was your BFF4E, and you loved her like a sister.

If your 90s "home skillet" is still your go-to gal, consider yourself lucky because friendships like that are hard to come across these days.

Let's put is this way: You've grasped onto a relationship and held it tight.

You've been through the many road blocks life has thrown at the both of you, whether that be attending different colleges, getting full-time jobs or simply losing touch with one another throughout the years.

Yet, there are a few surefire signs that help reassure the fact you found your best friend in the 90s, and how you'll never let go:

1. She was the number one friend on your AIM list, and still the first girl you text every day.

2. You blast "Wannabe" at every party, and act as your previously-designated Spice Girl.

3. The friendship necklace you bought at Claire's in the fifth grade is still hanging on your jewelry holder. It's rusty, but it's there.

4. You remember each other's home phone numbers, and can flawlessly rehearse them in your heads, let alone dial them with your eyes closed.

5. Your days of drinking Berry Blue Kool-Aid Bursts together after school have turned into drinking beers together at happy hour after work.

6. You told each others' fortunes through endless games of MASH, and find it hilarious when you end up dating someone from your 12-year-old "future husband" list.

7. You find no shame in watching endless episodes of "Boy Meets World" together on your nights off...

8. ...or breaking out the old Nintendo 64 and playing drunken Mario Kart at your house parties.

10. Your shopping sprees to Alloy and Delia's have turned into spending your rent money at Urban Outfitters and American Apparel. You're still horrible influences on each others' wallets.

11. You still have a Lisa Frank journal hidden away in the back of your closet with little notes written by the two of you... in gel pens, of course.

12. You've helped each other through "romantic" dates to the mall on a Friday night in the 90s, and remain being each others' wingmen during your multiple bar trips every weekend.

14. You made your families mad when you spent hours talking to each other on the home phone when you were young, and still rack up the data bills by texting each other nonstop throughout the day.

15. For old times sake, you end your texts with "LYLAS" because you will always "love her like a sister."

If these facts hold true to you and your best friend, never let go of one another.

You've held tight throughout immense changes of culture and technology, and have proven the fact bonds created in the 90s are the strongest ones out there.