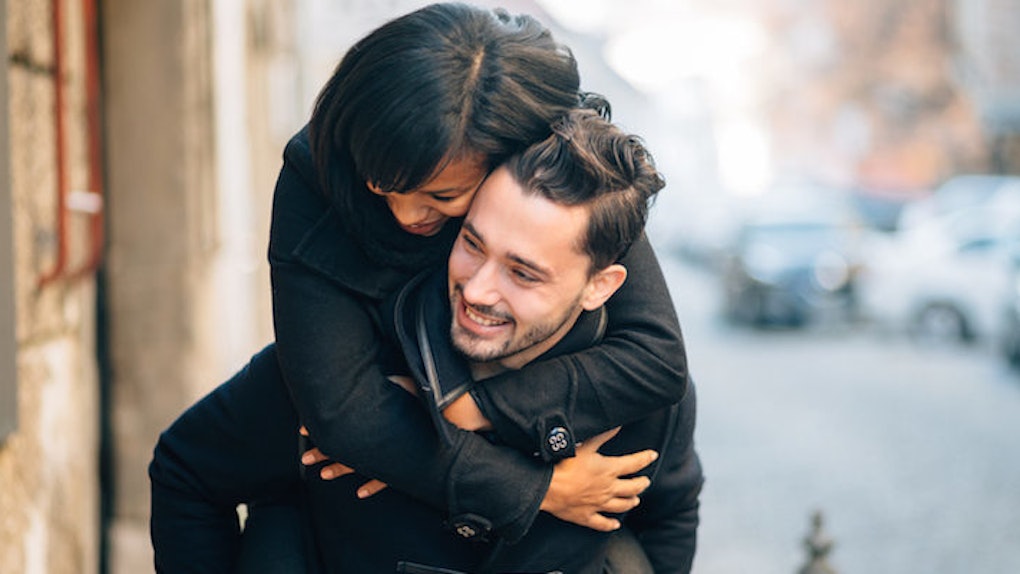 I’m the borderline neurotic girl whose mental list of dating deal-breakers is longer than a Yeezus rant.

But dating a guy of a different race isn't included. (Although a dude's improper chewing habits warrants instant romantic execution.)

Like a Ramen seasoning pack, a man bred in a rich culture, unlike mine, adds an interesting flavor to coupling -- and it's something I learned when I dated my first non-black bae.

My initial hesitance to dating outside my race was birthed from both experience and ignorance.

Not only was my upbringing littered with a constant reminder of our deeply convoluted roots (see: any Spike Lee Joint), but I also matriculated through predominantly white primary schools, survived “Southern Rites”-like neighborhoods (in both Georgia and Maryland) and bumped rap music in my CD player obsessively.

It made the thought of being black and dating someone not black intriguing, but extremely painful to digest.

My cousins dabbled in interracial dating enough that I was certain my mother wouldn’t (completely) spiral into a Fred Sanford episode. Still, dating outside my race felt like playing hooky for the first time.

But I took a bite and quickly learned interracial dating involved the same basic ingredients as any other relationship: a new learning curve, some compromise and, well, understanding of differences.

The only consequences surfaced with my lack of emotional responsibility and naïveté about the whole ordeal.

At the time of my first interracial date, I attended a historically black college, so naturally I felt like I was in the middle of some "Breaking Bad" social experiment.

I fetishized the experience instead of connecting with the core of the person. Interestingly, people scrutinized me as much as they did him.

I was naive in thinking I was exempt, but we were BOTH picked on for our relationship.

I packed up all the stereotypes I had about white men -- love for bland, mayo-heavy meals, excessive use of the word "bro" and a tiny penis -- for this fantastic voyage into unknown dating territory, and I ended up with yolk on my face after realizing none of what I thought was true.

I specifically remember the night Obama won the 2008 Presidential election and my beau's moderate excitement.

For him, the magnitude of the event just didn't resonate as much as it did for the droves of us black college kids who found ourselves blasting Jeezy's "My President is Black" in the middle of campus for much of the night.

At the time, I needed someone who would "get it," and he just couldn't relate.

Boys will be boys, no matter what race they are.

To be quite honest, men are from Mars, no matter what planet they crash-land on.

There are always emotional hurdles and uncomfortable discussions needed to merge lifestyles.

Despite the generalizations I'd love to make about men, most of their awesome and nonsensical behaviors are truly specific to each guy. While some of those are racially specific, there are a whole heap that aren't.

And the stereotypes that do hold true only end up as inside jokes. (Like the fact he couldn't play basketball to save his life.)

The two non-black men who've peppered my dating history have taught me a lot about racial understanding, human characteristics and even the ignorance that still needs to be eradicated on both sides of the color lines.

Still, it never surprises me when my black suitors widen their eyes and ask about interracial sex (#sizematters!) once they've realized I've dated outside my race. And I'd proudly do it again.

I ain't got no type.

The belief I have "spitefully sought out men of another race" or "am attempting to soothe my daddy issues with vanilla sex" baffles me.

Not to mention, it's also largely inaccurate.

My love for dating men both in- and outside of my race comes from my natural inability to decide, my God-given right to endless dating options and my desire to fall in love, which my beating rom-com heart believes to be colorless.

Because who's to say my husband isn't, IDK, Tim Riggins?

So while my knee-jerk reaction in times like these is to hold down my own and make sure black men feel the intrinsic love I have for them, I can’t trash the wonderful experiences I've had during my intimate affairs with non-black men.