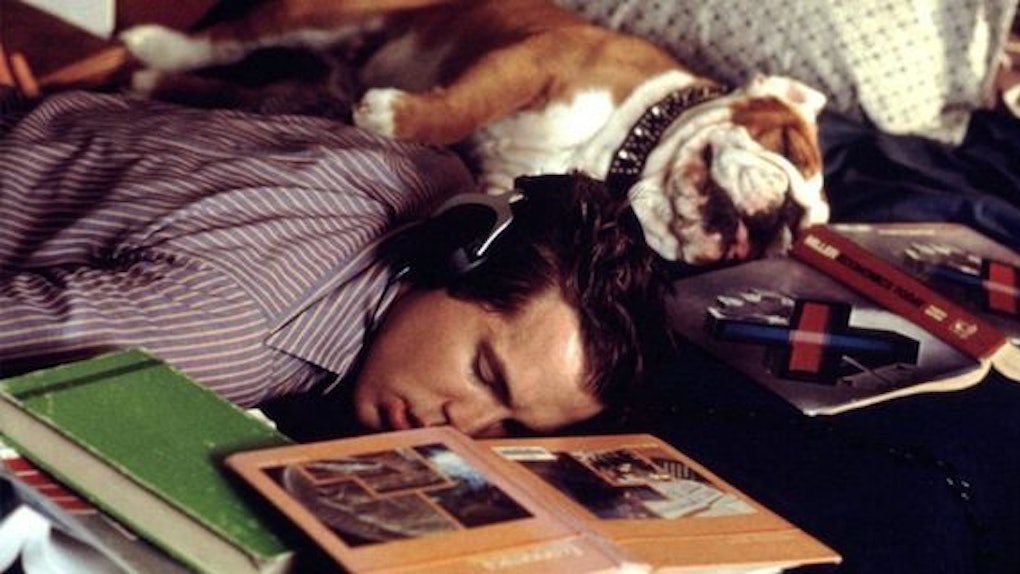 How Being A Super Senior Is A Blessing In Disguise

When I found out I needed to take an extra semester, my heart stopped.

The last thing I wanted was to be a super senior, a grandma on campus, a fifth-year student.

I played Division I volleyball for my school, and the summer before my senior year, I seriously injured myself in training.

When I went to see the doctor after an MRI, he informed me I would need hip surgery and would have to take a semester off of school to do physical rehabilitation. At first, I wanted to laugh. The doctor had to be lying.

I think I was more afraid of taking a semester off of school than the hip surgery itself. I looked at my mom and dad and saw their panic-stricken faces, and reality started to sink in. I cried until the tears dried up and my dry-heaves were all that was left.

I think one of the biggest fears all super seniors have is they are missing out on something. But the truth is, everyone has a different path. When it came time for graduation, I felt like an outsider.

While I walked with my class in May, went to graduation parties and celebrated my “big accomplishments” with my family and friends, it was all fake.

In fact, my aunt sent me a graduation card with fake money in it as a joke because I wasn’t actually done with school.

It seemed like everyone had big plans for after graduation; they were all hired for their dream jobs, traveling or working at startups. When people asked me what my plans were for the next year, I awkwardly answered I had to finish up school.

However, now that I have graduated and can look back on my college experience, I am so thankful for my time as a super senior. I had more time to figure out my life, to explore and to learn from others.

The people who seemed to have it all figured out during graduation were actually the ones I learned from the most. I watched as my friends excelled and failed, and I was able to learn from their mistakes.

Most of my friends who rushed into big-time jobs right after college ultimately regretted not taking a couple months to travel or to go home. After I graduated, I decided not to make that same mistake, and I had incredible experiences traveling through Europe.

These friends also taught me how to do well and what to wear in an interview, and they gave me inside information about what the corporate world was really like. All of this information helped me prepare for applying to jobs. My extra time as a super senior turned out to be an advantage.

Another perk of being a fifth-year was the unexpected relationships I developed during my extra time at school.

Because most of my friends graduated, I ended up making friends with a lot of people in the grades below me. I had to find new people to live with, and I ended up having a great time with roommates I had barely known the year before.

The thing about being between the ages of 18 and 23 is no one really cares how old you are. With my extra semester, I met so many new people, and now I have almost twice as many friends as I would have if I had graduated on time.

Being a super senior made me actually appreciate school. All of my friends who had graduated in four years called me to tell me how jealous they were of my extra semester. As a fifth-year senior, I was more aware the end was coming, and I wanted to make the best of college before it was over.

I ended up dropping a minor and taking a drawing class and a computer design class: two courses I had been dying to take my whole four years but never did.

And, as nerdy as this sounds, I only missed two classes during my last semester because I loved being in class. I understood how lucky I was to be in school, and I wish I had figured that out earlier.

As a fifth-year student, I learned way more students had an extra semester or year than I thought. Taking extra time to graduate isn’t a bad thing.

It shouldn’t be embarrassing or something to be ashamed of.

If you do it right and take advantage of the extra time in college, being a super senior is actually a blessing.