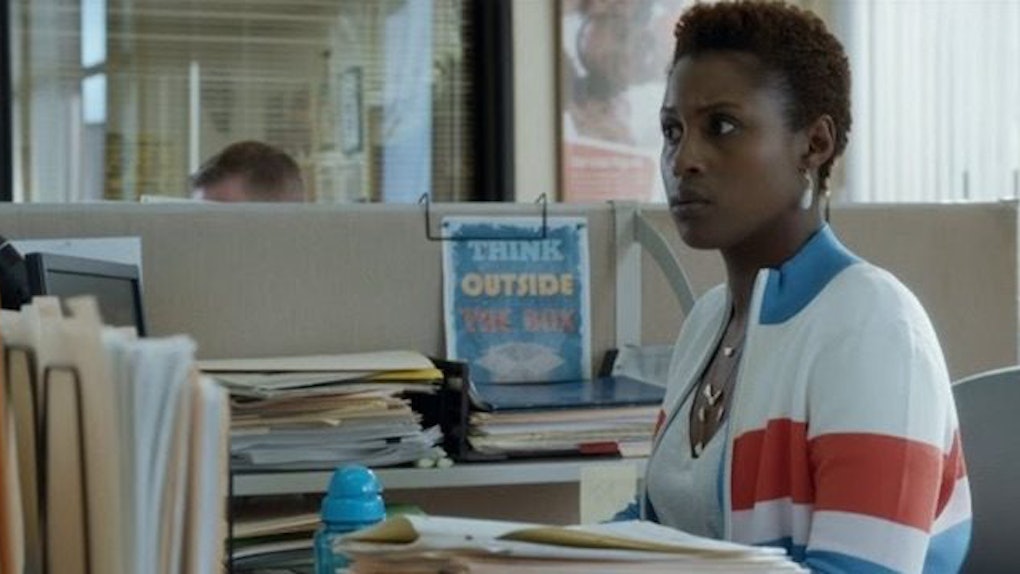 I Refuse To Code-Switch When I'm Around My White Friends

When I came up with the idea to write about code-switching, the first thing I did was Google “code-switching in the black community.”

My search resulted in nearly each headline calling this a "skill," and discussing the importance of learning this skill.

The top three were my absolute favorite:

Learning How to Code-Switch: Humbling, But Necessary

Talking White and Living Black: The Art of Code-Switching

Code-switching: How black to be?

Initially I chucked and mumbled “what is this?” But then I remembered that these headlines represent the exact thoughts of the majority of Americans. Reading them aloud just pushes our brainwashed, subconscious thoughts to the forefront.

Code-switching is the act of changing the way one speaks to conform to the way someone else communicates. In the black community, this often means conforming to the way white Americans communicate.

It's basically a form of assimilation, which is another one of those tricky little circumstances crafted for minorities.

In many cases, it means “act like us and we'll accept you … kind of.”

In many cases, it means “act like us and we'll accept you … kind of.”

Obviously, some form of assimilation is necessary to bridge the gap between vastly different cultures, but it should not be one-sided. More often than not, assimilation forces minority families to lose an important part of their identity.

Countless families decide not to teach their children their native language out of fear that their child won't fit in with other Americans.

Many black Americans are subjected to the same feeling of losing their identity to adapt to what is considered the norm in American culture.

The first time I realized I was in for a rude awakening was in my 8th grade journalism class. My teacher sparked a group discussion on how we could make book report assignments more enjoyable. I quickly shot my hand up, just knowing I had the answer.

“What if you let us choose our own books to read and write about? That way, we all won't have to read the same book if everyone doesn't like it,” I said. I was excited. I loved to read and was already compiling a mental list of books I could choose from.

My teacher's response was not what I was expecting. He snarled, as if I had offended him.

“Oh, so a bunch of you could do reports on those ghetto books that you read? Absolutely not,” he huffed.

Soft gasps could be heard throughout the room. I said nothing.

I knew if I began to speak I would start to cry. I cry when I'm angry, and at this moment I was livid. Luckily for me, at the end of every class we were to turn in personal journal entries.

My hands still shaking from anger, I wrote to my teacher, explaining that his comment was hurtful and discouraging. At the end, I highlighted his ignorance by clarifying the origin of the word "ghetto." I learned its origin from the movie "The Pianist," which I recently watched with my parents.

The next morning, I found my teacher waiting outside the door as we shuffled into class. He sternly asked me to wait outside as he ushered in the rest of my classmates. I knew that he was upset, but I was ready.

I wish I could remember what he said verbatim. I do remember him specifically calling me arrogant. He then rambled about how he didn't want his students writing book reports on poorly written books filled with improper English. Those books were meant for entertainment, not learning purposes.

I endured similar experiences at my first full-time job after graduating college. When I first started, I constantly filtered out my everyday lingo, and spoke in a voice that was a few octaves higher than my own.

Once I grew comfortable, I began being myself. The way I spoke often prompted my coworkers and manager to refer to me as “sassy” and “spicy.” Often, they would point out my apparent feistiness and “youthful” dialect. I often questioned if I'd have even gotten the job had I not spoken in my “white” voice during my interview.

It's incredibly ironic that culturally black vernacular is discouraged in the corporate world and often deemed improper, meanwhile, many corporations use black dialect as marketing schemes. The message is clear: We'll take your money, but we won't pay you.

Many black consumers are considered to be trendsetters, especially amongst millennials, and marketing experts have become well aware. Due to this, marketing campaigns have been molded to attract black consumers.

Social media has made the shaping of campaigns much easier. Black teens are constantly creating viral content on the internet. Their slang and dance styles eventually fall into the hands of corporate entities, though these teens never profit from it.

Neglecting to code-switch is a struggle in itself because you constantly attract unwanted attention. As much as it's pissed me off, what I've learned is this: My comfortability with myself is more important than the comfort of those who perceive themselves as mainstream.

Their lack of understanding was not my problem.

Their lack of understanding was not my problem.

I'd rather confront oblivious comments about my way of speaking than dilute my identity to avoid it all.

At the same time, I recognize that it's easy for me to say to hell with code-switching because I've already mastered it.

I'm privileged enough to be able to toe the line and get away with it from time to time. Classism, colorism and educational background all play a role in who gets a pass on bending the rules. I am no stranger to this.

I want to live in a world where all cultures, languages and dialects are celebrated and accepted every day.

So how do we get there? Unity is our only hope in creating a better life for all. The first steps toward that are simple: embrace people for who they are.