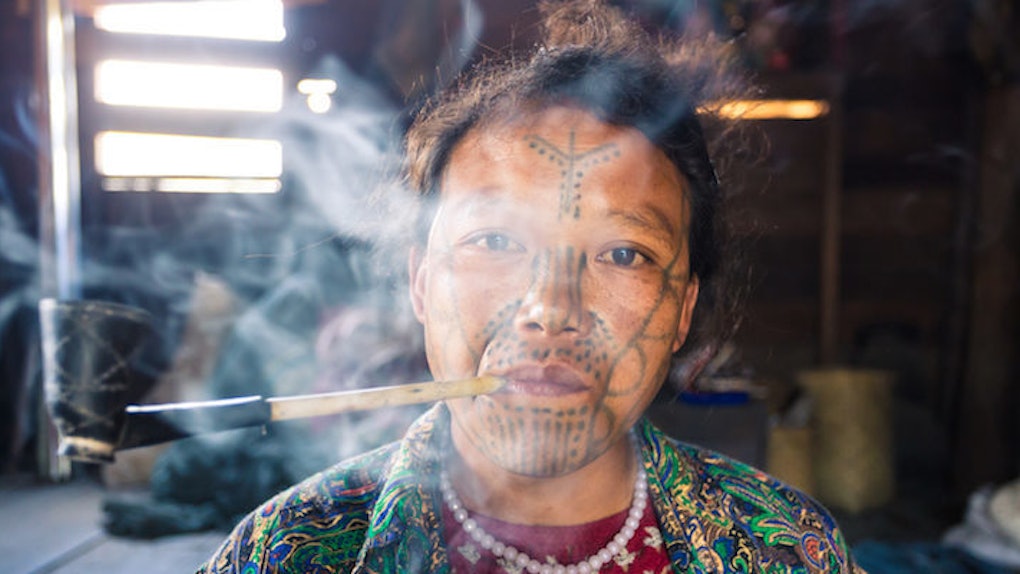 This Is How People Have Been Getting High Throughout History

Just because it's the 21st century doesn't mean it's the first time we humans have figured out how to get high.

Quite the contrary, actually.

Civilizations spanning the vast scope of human history have been finding creative ways to get faded on the reg. Decades of archeological research have proven that people have been enjoying psychoactive substances -- from opium to booze to shrooms -- since prehistoric times.

That means, before history even really got going, we were smoking and toking. One review of archeological findings revealed Argentinians have been using tobacco as far back as 2100 BC.

In an interview with Huffington Post, Dr. Elisa Guerra-Doce, an associate professor of prehistory at the University of Valladolid in Spain and the author of the review, said,

It is generally thought that mind-altering substances, or at least drugs, are a modern-day issue, but if we look at the archaeological record, there are many data supporting their consumption in prehistoric times. As soon as drug plants and fermented drinks were first consumed, there is uninterrupted evidence for such use over centuries, and occasionally, the relationship that began in prehistoric times has continued into the present day.

While there are no written records to prove ancient humans were using psychoactive substances, archeologists have been able to deduce as much from the fossils of psychoactive plants, residues from alcohol and other chemicals, as well as prehistoric drawings showing how the drugs were used.

It just goes to show how modern and misguided the war on drugs really is. On that note, Dr. Elisa Guerra-Doce says,

Considering the failures of the war on drugs, perhaps our modern societies should look into the past and learn something from 'the primitive' so that we might find out how to maximize the potential benefits and minimize the potential for harm of substances that humans have been using for millennia.

Here are some examples of how drugs were used throughout history by our ancient ancestors.

Any fermented drink can be considered a boozy beverage if it has measurable alcohol content. That means humans were knocking back alcoholic drinks as early as 7,000 to 6,600 BC.

Residues proving this practice were found in shards of pottery from the ancient village of Jiahu, in China's Henan Province.

Apparently, they made the drink out of rice, honey, fermented grapes and other local fruits. I'll bet you anything they didn't charge $14 for a tumbler of it, though. Just saying.

Ancient fossils of the hallucinogenic San Pedro cactus reveal Peruvians started tripping anywhere from 8,600 to 5,600 BC. Mescal seeds found in the southern regions of Texas and northern Mexico show ancient Tex-Mexicans were getting high from the 900 BC to 1000 AD.

And if that's not enough to convince you to take your own magic mushroom ride, South Americans also made small stone sculptures called “mushroom stones” celebrating the psychoactive substance.

When we say "coca leaves," we're really talking about grade A cocaine. Nearly 8,000 years ago in South America, humans were chewing the leaves and dancing wildly to Wang Chung's "Everybody Have Fun Tonight."

OK, we can't really be sure about that last part, but archeologists have found coca leaf traces in human dental remains and mummy hair. Sounds like prehistoric parties were bumpin'.

Before opium was processed into the painkillers we know and love today, Italians were using opium plants to get high starting around 600 BC.

Prehistoric art shows poppy plants being used in religious ceremonies, while opiate traces have been found in the plaque and bones of human skeletons from 400 BC.

And we can't forget how often high-society women during the Victorian era mellowed out with laudanum, a cinnamon-flavored, alcohol-based tincture with high levels of opium.

Y'all better believe Elizabeth Bennet got high off that sh*t on the daily.

Oh, cannabis: the wonder drug of human existence. According to Advanced Holistic Health, people have been consuming cannabis in one way or another for 10,000 years -- basically, since we figured out agriculture. Because that's how much we love weed.

The first recorded use of cannabis as a medicine dates back to 2,737 BC, when Chinese Emperor Shen Neng began implementing it. The Hindu sacred text, "Atharvaveda" (Science of Charms), also mentions using ganja as far back as 2,000 BC, proving Eastern countries were really ahead of their time.

For all the amazing uses the cannabis plant has been proven to have, there's no reason not to be using it all day, every day, whether we choose to get high from it or not.

In conclusion, drugs are in our blood. Literally.

Citations: Humans Have Been Getting High Since Prehistoric Times, Research Shows (Huffington Post)