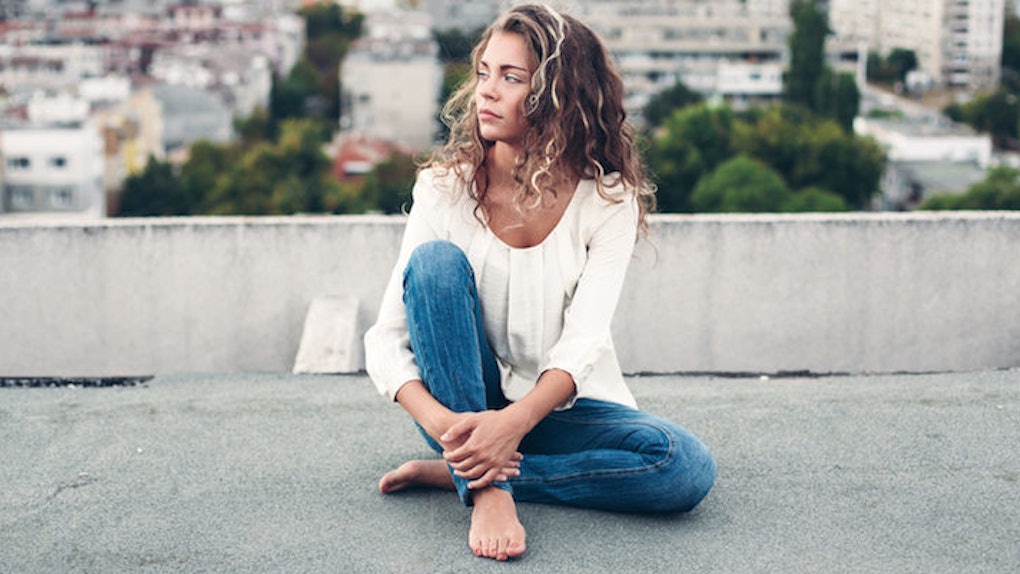 The Outsider: 6 Signs You No Longer Belong In Your Hometown

Have you recently paid a visit to Mom and Dad’s house, only to immediately develop a chronic case of "get me the f*ck out of here" syndrome? You’re not alone.

After living somewhere else for a while, returning to your hometown can be weird. You start to notice all the things that suck about where you used to live, even if they were once the same things you loved the most.

Before long, it hits you: You don’t belong there anymore.

As a hometown misfit myself, I came up with a pretty specific list of symptoms. So, without further ado, here are the six signs you don’t belong in your hometown anymore:

The activities you once found interesting have either lost their spark, or they seem totally overdone. You don’t understand how a good portion of the people you grew up with are still eating at the same restaurants and hanging out at the same spots.

Hasn't anyone become tired of doing the same thing for 20 years?

Maybe your extreme boredom forces you to get creative. You were never much of a reader, but a book might potentially keep you occupied. Perhaps you’ll even take up knitting or something.

But ultimately, you won’t be able to ignore the blatant lack of entertainment.

2. You don’t click with your high school friends anymore.

You notice everyone is still chatting about the same old drama. Truthfully, you couldn’t care less which high school hottie got engaged, but that’s all anyone will talk about.

You’ve seen the same Facebook and Twitter updates as your hometown friends, but you’re not consumed by these bits of information like they are. Whether or not Sydney cheated on Mike does not concern you, and you have no interest in gossiping about it.

3. You seem to have more life updates than anyone else.

When you catch up with your friends and tell them what’s been going on in your life, you might begin to feel like you’re bragging. This can also contribute to my previous point about not clicking with your friends anymore, but it goes one step further, as it also includes feelings of guilt.

You don’t want to sound pompous, but it’s almost like you can’t help it. A lot has changed for you since you moved away.

But, that’s apparently not the case for many others.

People might even call you out for being too worldly or something, which only makes you feel more out of place.

4. You have no interest in revisiting your old stomping grounds.

Reminiscing seems pretty pointless because you don’t consider your younger years “the glory days.” You’re focused on what you’re doing now, and you don’t become preoccupied with looking back.

Why go hang out at the old football fields when you can go somewhere new? All of this high school nostalgia other people seem to have just confuses you.

Has nothing happened in their lives that trumps those awkward teenage years? Surely, that can’t be the case.

5. Your town seems overrun with people who are either younger or older than you.

When you arrive in your hometown, you notice everyone seems either embryonic or ancient. Where are all the other lively 20-somethings? They’re nowhere to be found.

And since when did the benches in the center of town become a place for 12-year-olds to make out?

You start to have strange thoughts. You look at the little punks running around everywhere, and you question if you were that annoying when you were younger.

You look at the locals who have lived in your town for 50 plus years, and you ponder if that will be your parents soon.

Nobody seems to be in the same place in their lives as you are, and it causes you to do some serious reflecting.

Perhaps the most telling symptom is when other people explicitly tell you you don’t belong. They notice you’ve changed and moved on with your life, and you agree. You might originally be offended by other people's observations, but you soon recognize you shouldn’t be.

There’s nothing wrong with moving on and finding a more fulfilling life outside of where you grew up. After all, there’s a reason you left in the first place.