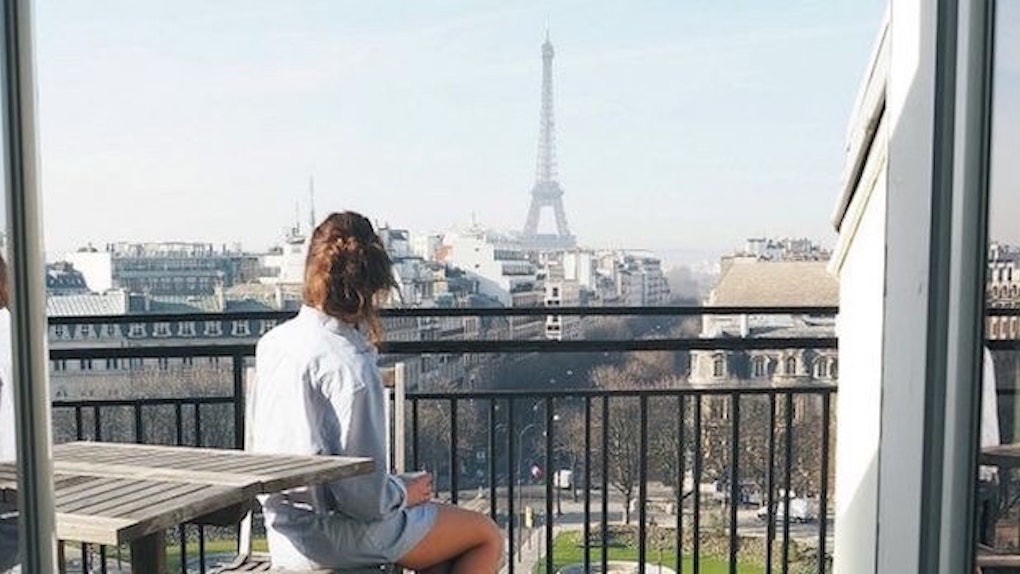 I’m sure all of us have felt homesick at some point or another.

For some of us, maybe it was during summer camp. For others, we might’ve felt our first cases of homesickness when leaving for college and moving into our dorm rooms.

And then some of us never feel homesickness until we get married and move out once and for all.

Personally, I never truly felt homesick until I studied abroad in a different country.

While attending college here, in the US, sure, I missed my parents from time to time -- but I can’t really say it negatively affected my day-to-day life. I never felt homesick.

I’d call my family once a day -- or try to, at any rate -- and that was that. Going to college in Binghamton, New York, I never felt too far from my home in Long Island.

That being said, once I spent an extended period of time studying in Italy, I felt entirely different.

But, still, I understood not much changed from a practical sense. In both places, I slept in a bed different from the one I grew up sleeping in.

And, in both places, I had to get acclimated to a new environment. There was just something about going about the whole process in a different country that got to me. At that point, I knew I was homesick.

But I knew homesickness wasn’t a life sentence.

Like I said, it’s something most of us have probably dealt with at some point, however, as described by Elizabeth Van Brocklin of Mental Floss, it can become quite serious if not handled properly.

Van Brocklin goes on to explain the first case in which homesickness was pathologized dealt with “a man from Berne who had left home to pursue studies in Basel.” He developed a flurry of physical symptoms that he had attributed to missing home.

His physiologist, Johannes Hofer, a Swiss medical student, instructed the man to return home to Berne, and when he arrived, his symptoms departed (keep in mind, this case is from 1688; it’s extremely possible that this was one big coincidence).

On the one hand, it’s plausible that this man from Berne dealt with a brief bout of the flu -- or some other virus, for that matter-- and it had merely run its course by the time he returned home.

Or, on the other hand, perhaps it was homesickness that plagued the man from Berne.

Doctors at the time purported that this man fell victim to his own vital spirits, which they believed flowed through the body.

Hofer believed “[with] homesick patients, the spirits are so fixated on homey thoughts that they become ‘exhausted’ and can’t help the rest of the body function,” as explained by Van Brocklin.

Clearly, today there is a completely different view of homesickness, however, when compared to the origins of the phenomenon, there is one similarity: the belief that homesickness is, in fact, a real sickness.

According to Dr. Edward Walton, of the University of Michigan, in an article by NBC News, “Leaving home is a universal developmental milestone.” And, like other milestones, everyone reaches them at different times and goes about them differently.

Some people may leave for college and never look back, and, then again, others might sleep their days away in their new dorm rooms -- in the fetal position, feeling depressed.

This is because there are different levels of homesickness.

Walton, who co-wrote a study alongside Christopher Thurber of Phillips Exeter Academy, introduces the idea of “intense homesickness,” which, in many ways, affects people completely differently than common homesickness.

According to the Associated Press for NBC News, intense homesickness affects about one in 14 young people. While common homesickness might cause a young child to miss his or her video games or parents’ cooking -- intense homesickness distinguishes itself by its tendency to interfere with the lives of people who experience it.

Intense homesickness can consume your thoughts, forcing you to constantly be reminded of things from your “old home” that you might harbor a sentimentality for.

It’s similar to how you might feel after a breakup, when everything you see might remind you of your ex-lover, which causes you to mope around for periods of time (missing the way things used to be).

In most cases, when your settings change, you just need a little bit of time to break through and come into your own. Difficulty adjusting is completely normal.

As Van Brocklin advises, prepare yourself for a period of some adjustment and even take precautions beforehand.

By simply practicing time away from home, you can be better suited to cope with the real deal when you’re faced with it.