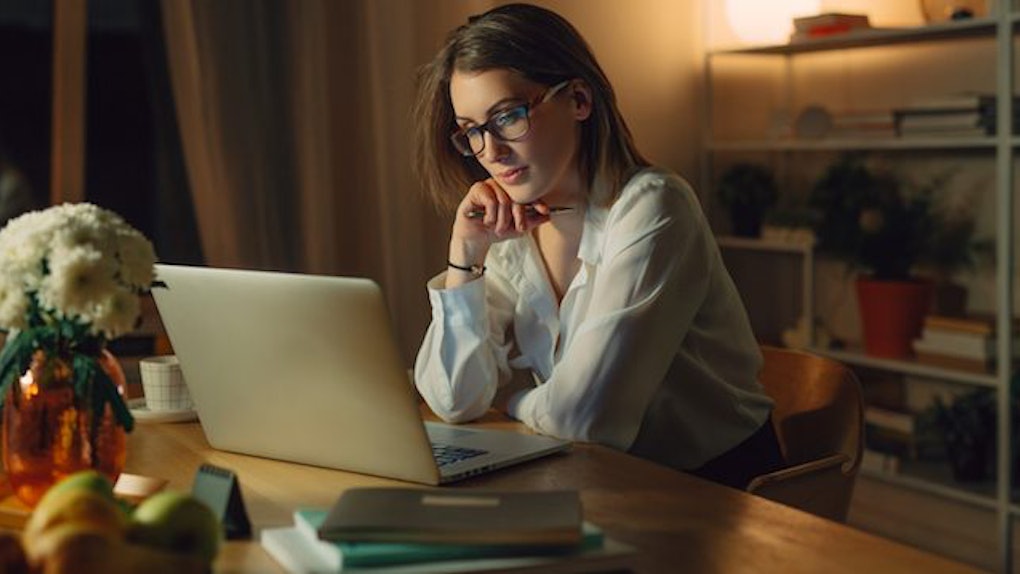 How To Get Stuff Done And Stop Wasting Time

If killing time were a profession, you'd probably be a millionaire, right?

Wasting time is something that comes naturally to many of us, and we have enough technology and distractions to keep us going for days on end.

But at some point, you have to grow up and snap out of this false sense of reality.

If you want to be productive, you need to learn how to swap out time-wasting activities for things that actually matter.

How much time do you waste?

You waste a lot of time every single day and probably don't even realize it.

If you're unaware of how much time you're spending on unimportant tasks, just consider some of the following studies:

- According to a study of American TV habits, the average individual watches five hours of TV every single day. Depending on your age and ethnicity, this average goes as high as seven hours per day.

- If you feel like you're spending a lot of time sitting in gridlocked traffic during your commute to and from work, you're probably right. The average person spends 42 hours a year in rush-hour traffic. That's nearly one hour per workweek for millions of Americans.

- The average person spends 118 minutes per day on social networking platforms. In other words, you're probably spending two hours scrolling through news feeds, uploading content and stalking your friends.

What's even more surprising is, Facebook claims the average user spends 50 minutes per day on its site alone.

- Here's the real whopper. The average American, white-collar professional spends over six hours per day checking their email. The time is split almost 50-50 between checking work and personal email.

We'll do the math for you. The average American is spending approximately 95 hours per week wasting time with TV, traffic, social media and email.

Granted, many people are multitasking when doing these things, but that's almost four complete days per week devoted to these four time-wasters.

Something has to change.

If you're wasting nearly 100 hours per week on meaningless tasks, then you probably aren't a very productive person. It's also likely that you aren't maximizing your potential.

And with that being said, here are a handful of tips, strategies and techniques you can use to overcome your penchant for killing time and become a more productive member of society.

Time management expert Craig Jarrow brings up an interesting point when it comes to checking email. Why do people open emails and then leave them in their inbox?

You wouldn't read a letter or magazine and then leave it in your mailbox, would you?

The problem is, people like to check their email instead of do email. A lot of the blame is rooted in our ubiquitous access to email.

It's on our phones, computers and tablets, which means we never really get the chance to disconnect.

Jarrow has a solution. He believes you should log out of your email account and stop casually checking messages.

Only go into your inbox when you are ready to do email. Otherwise, don't bother checking it. You are wasting time, effort, and even adding stress to your mind with information you don't need yet.

Furthermore, once you read an email, do something with it.

Delete, place it in a special folder, respond or unsubscribe. Those are the only smart options.

How many times do you hit the snooze button on an average morning?

While lying in bed for another three or five minutes may seem necessary to your tired body, the fact of the matter is, you aren't getting any additional rest after the first alarm goes off.

Let's make an assumption that you spend 20 minutes each morning fighting the alarm clock.

That's 20 minutes you could use to arrive at work early and get a head start.

Downloading games on your phone may seem like fun, but you don't really need worthless apps. Most are nothing more than time-wasters and lead to a lack of productivity.

If you have a bevy of pointless apps on your smartphone, there are two solutions.

The first is to delete them all and only leave the apps you absolutely need. The second option is to replace these nonsensical apps with empowering alternatives that strengthen your brain.

Instead of playing Pokemon Go, download Tetris. Instead of wasting time on Mario Run, play a word-game like Words With Friends.

There are some useful games in the App Store, but you have to be conscientious about the ones you select.

4. Take the TV out of the bedroom.

The evening provides valuable opportunity to meditate, evaluate, and assess your day. This examination leads to learning from our mistakes and growing as humans. Unfortunately, many people will sacrifice this opportunity for the sake of entertainment.

When making the case for removing the TV from the bedroom, Becker points out that what you think about last at the end of each day matters.

If you're spending all of your time watching TV, then you're missing an opportunity to reflect on the day and plan for the next one.

In other words, you're wasting precious time.

5. Find a job that lets you work remotely.

If you have a long commute to and from work – say one hour each way – you're essentially extending your work schedule by 10 hours per week.

Imagine if you could remove this commute. You could either spend 10 additional hours working – increasing output – or doing something else even more meaningful.

While not always possible in all organizations, many companies are becoming more comfortable with the idea of remote working.

By working from home at least a couple of days per week, you can spend less time in the car and more time getting things done.

When time is thin and the stakes are high, one of the most important skills to have as an entrepreneur is the ability to say no to things that don't align with your true priorities.

This final suggestion is simple, yet challenging. If you want to maximize your productivity, you must learn how to say no.

Otherwise, you're living on other people's terms and not saving enough time for yourself.

Ehrlichman provides a number of suggestions and pointers for knowing when to say no, so be sure to check them out.

It's time for you to stop wasting your life away with meaningless tasks and habits.

While there's nothing wrong with watching a little TV, scrolling through Facebook, checking your email or getting stuck in traffic for a few minutes, you can't let unimportant things rule your schedule.

Reclaim your productivity by making a conscious effort to maximize your time each and every day.