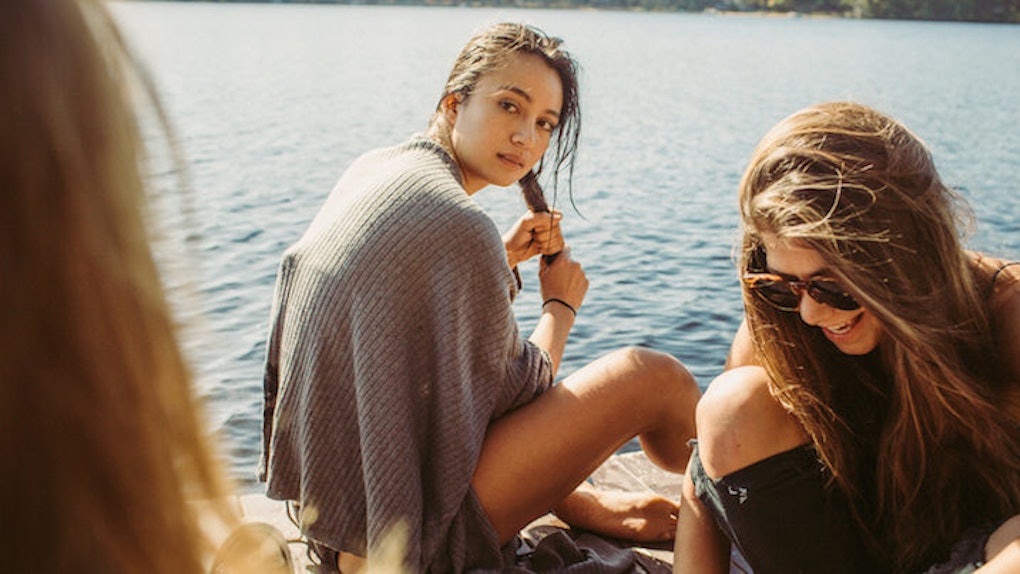 I recently stumbled upon this quote from Stephen Chbosky from "The Perks of Being a Wallflower":

"Things change and friends leave. And life doesn't stop for anybody."

Isn’t that the truth?

I used to think when you pinky swore in second grade to be “best friends forever,” people would actually hold up to that. But I was wrong.

Now I’m in college -- about to graduate, actually. And if there’s one thing I’ve had to confront full force, it’s the idea the people you grew up with are not always the people you grow old with.

And trust me, I definitely didn’t expect I’d be bound to each person I've ever met for the rest of eternity. But there are certainly people I never expected I’d lose touch with.

And I know that I’m not the only one.

There are people who touch our lives in more ways than one. Sometimes, it stems from knowing them for a numerous amount of years.

Sometimes, it's from enduring a hardship. Sometimes, it's simply because your humor matches his or her humor, and you’re convinced no one else on the planet will understand you in the way he or she does.

So, how disappointing is it when these people can no longer be reached? Or when they don’t text back? Or when they make time for everyone else but you?

That’s the struggle of being the friend who can’t let go. And, if you’re like me, you have to be careful. This will not end well. (You’ve been warned.)

And, in case you’re not sure if I’m talking to you or not, pay attention to these few struggles:

You would go to the ends of the earth for someone, but this person won't even go to the end of the block for you.

Ever had that friend you’d drop everything for if she needed you? That friend you always invite when you have something cool going on?

And now, ask yourself: Are you that friend for her?

You find out about her life through Snapchat stories and Instagram posts.

The distance between you two gets deeper.

You plan lunches, outings and get-togethers, and you watch her form excuse after excuse as to why she can't make it, why she has to cancel her RSVP or why she really wants to hang out, but there's "this thing" with "this person" that "literally just came up."

And, what ends up happening? Suddenly, if you are able to miraculously reach her, you find there’s not too much to talk about anymore because she's simply missed out on too much.

Is any of this ringing a bell?

The “sorry, I’ve just been so busy” excuse.

This excuse shouldn't even be entertained. Yes, your friend is probably busy quite often, and no, you definitely should not expect to be her first priority all of the time. However, when you haven’t seen or heard from her in months, it’s probably not a coincidence.

People who want to be in your life will find a way, end of story. People have lives, and that’s a good thing because you never want to be their entire foci. But that said, nobody is ever "too busy" to carve out a half hour of her time to say hi, grab lunch or send one, quick text message.

So, I guess the real question is, how do you hold onto those friendships when it seems like the other person isn't fazed by the possibility of losing you? The harsh truth is, you don’t.

You don’t because you’re not pathetic enough to wait for someone who already passed you in the race. You don’t because it’s not worth your time to chase down people who should want to spend time with you anyway.

You don’t because you’ll never successfully be able to hold onto your self-worth if you’re simultaneously prioritizing people who diminish it.

It’s like eating a salad with your right hand while, at the same time, eating a cheeseburger with your left hand. Trying to hold onto both won’t contribute to your overall health, and, to be honest, you just look foolish doing it.

Learn to let go of the unhealthy factor. You wouldn’t hold onto a boyfriend or girlfriend who treated you like this, right? Consider the logic.

The people who actively invest in your life and overall happiness will never truly be gone. But the ones you let go of and then never hear from again were probably never “friends" to begin with.

They were just acquaintances, who happened to share some commonality with you that was convenient at the time (same school, same job, same concert tickets, etc.)

And as horrible as it is, letting people go is a part of the grand scheme of this hot mess called life. Don’t let it get you down.

So, what that quote really should have said is:

"People change, friends leave, and the world doesn’t stop for anyone … and I’m learning to be okay with it."

All in all, you should learn to cherish the good friends you have by your side, toss those fake ones to the curb and understand there’s a big difference between what you want and what you deserve.

Learning to discern between the two is the magic of becoming the person you are truly meant to be.