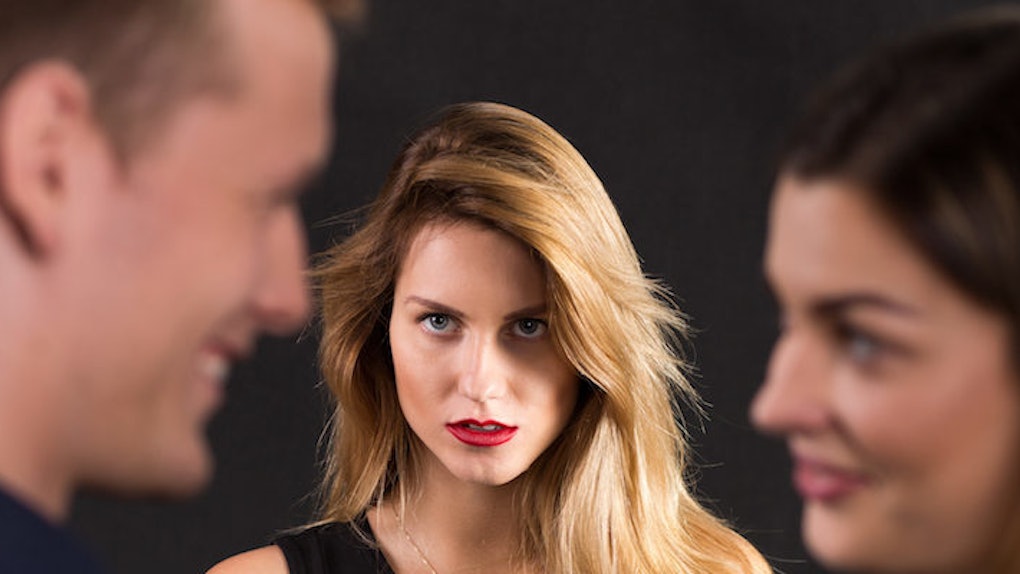 How Comparing Ourselves To Others Can Help Us Appreciate The Present

It’s noon, and I am rushing off to Starbucks for my third coffee of the day. (As a business owner and Millennial Life Coach, copious amounts of coffee are a nonnegotiable "must.")

"May is almost over," I think, annoyed.

Moments ago it was winter, the worst one ever. Now the Fourth of July is lurking, and there is still so much left to do this year.

I decide to exchange my mindless iPhone Googling for something more productive, and I instead dig out a crumpled Post-It from the bottom of my purse: To-Dos.

There's 15 of them, to be exact, and they're all annotated with bright red scribbles, circles and many urgent exclamation points (as if those ever really work).

I think to myself I should maybe start reserving all future walks for thinking about the things I have to do, which is a very sneaky and convenient alternative to actually doing them.

As I walk into the coffee shop and stuff the list back where it belongs, I am thinking to myself,

"I need to finish writing my book this year. Well, this half-year, actually. June starts next Monday, and I’m miles from being done. I think I can; I think I can."

And I think to myself that the journey of a thousand books begins with a single word.

An echo rings in my head as I’m drawn out of my daydream and back into real life. “Word,” I hear the cashier say to the chic-looking woman at the counter, after she opines it’s too hot outside to be ordering hot coffee.

That expression –“word”– sounds odd as a response to a woman who looks like she looks, wearing what she wears.

It seems appropriate only for rappers, college co-eds and the occasional 50-year-old man who thinks he’s still “hip.”

Nonetheless, their voices snap me out of self-analysis, and I welcome the distraction. “I’ll take it iced,” she says, oblivious. “Add a little milk – soy milk – and a sprinkle of cinnamon.”

I notice her opaque tights and midnight-black tailored suit. A lot more put together than me, I instantly think. (Mental note: Add number 16 to the to-do list, "Buy a chic working girl’s suit." It’s time. It’s been time.)

“Have a nice day,” the cashier says as he extends her a napkin. But, she’s already deep into her phone, scrolling with exquisite nails.

She directs a likewise nod in his direction, grabs her drink, declines the napkin and strides out.  She isn’t unfriendly per se, just purposefully curt and in a hurry. She's a typical Chicagoan with better shoes.  I’m daydreaming again as I watch her through the window.

She tucks her hair behind her ears, places her phone into what I can only assume is a pristinely organized handbag and unhooks her well-behaved dog from the No Parking sign.

Before she crosses the street, she looks left, right, then left again, adding credence to my long-held theory that ancient kindergarten habits still work, even for the most sophisticated.

As I continue to wait in the typically long line, I tap my flip-flopped toes to the beat of the coffee shop music (John Mayer, again), and my mind begins to flutter around and about the specifics of the perfect, perfect stranger I’d just encountered.

Who is she and where did she come from? Where is she going? What does she have that I don’t?

And more importantly for me right now, what can I do that she cannot? Suddenly, I’m being defeated in a nonexistent battle.

Logically, I know I’m being silly, not to mention dramatic, and am playing an unwinnable game. Still, something inside me stings.

Maybe it’s the always buried, always unfinished to-dos, or maybe it’s the fact that December 31st – the day I decided I must be finished with my book – is only six months away, but I suddenly feel unaccomplished and really far behind.

As a young girl, I remember telling people I wanted to be a writer. I think in some ways I just liked the way that sounded, though I really did love writing.

I actually looked forward to activities that the other kids almost universally despised: the essays, the spelling bees, the speeches.

I loved imagining a world where I would write, help people and create work that really meant something. But writing now is hard, damn it.

It's a lot harder than when I was young. Why did the younger me write with the same enthusiasm I now reserve for reality TV, strappy slingback heels and oaky Chardonnays? Where was that simplicity, that joy, that —

I think about why I have this constant tendency to contrast myself against the mere snapshots I have of other people. Why? I know it’s not self-loathing.

I have my faults, but I still like me (most of the time). It dawns on me that maybe I’m not just being critical. Maybe I’m learning.

A realization springs to mind: Maybe we make sense of our own lives through others. We gain context. We gain perspective.

That’s the thing about other people: They unknowingly allow us to borrow their lives for a few moments, and then they take them back, none the wiser, when we’re done.

And maybe when we borrow them for comparison’s sake, we don’t, as Theodore Roosevelt suggests, suffer a “thief of joy,” but rather, we remind ourselves that joy is a journey.

We remind ourselves that the best times of life aren’t in the past or the future, but in the now, inside the people we are today.

Besides, how do we know where we are without context? Is there a poet alive who hasn’t read Maya Angelou? A rocker on the planet who hasn’t crooned to Elvis?

We don’t compare to shame ourselves. We compare to continue our journeys down the brightest paths.

We can buy working girl suits, use expressions like “word” or do whatever feels like the best version of us.

And right now, I can coach, write and help people. I can create work that means something to me.

I leave the coffee shop and head to my coaching meeting. My client greets me with a smile. “Happy almost June, right?”

Yes, she is right.

Today, I choose not to say the year is half over, but that I have a half-year left. I get home, dig into my handbag abyss, and write “six more months” on my to-do list.

I punctuate the statement with a red exclamation point. This time, not for urgency, but for excitement. ( ! )