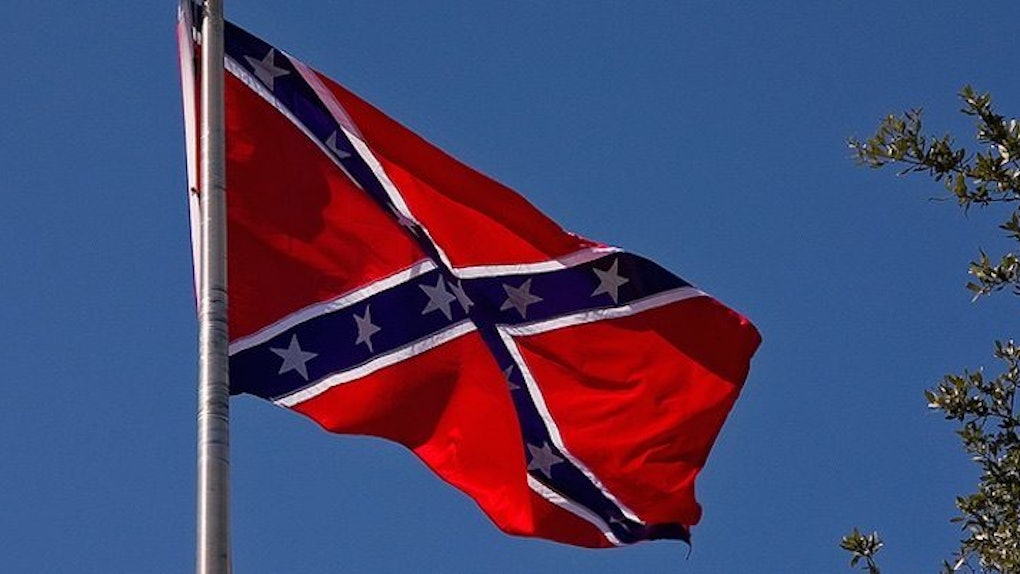 I am your typical New Yorker. My political views are almost entirely liberal; I ride the subway like a champ, and I know how to pronounce quinoa.

Any tourist walking through the MoMa knows I didn’t have to travel far to see the newest photography exhibit, and I am proud of that fact.

But I wasn’t always a proud New Yorker. In fact, I was proud of being the exact opposite of that; I was a damn proud Southerner.

When I was about 3 years old, my family opened up a film production studio in North Carolina.

The production industry in North Carolina for location work was at its peak, and after losing our studio in Toronto, we looked to reestablish our family name within the film community down South.

About five years later, we lost our studio, but my family decided to stay in North Carolina.

I didn’t hate it, though maybe the greasy food and unlimited refills were a dream come true for a kid. Regardless, I was proud to call North Carolina my home.

And the only way to deal with this failure was to perpetuate the symbol of the Confederacy in every way imaginable.

Down south, the Confederate flag was, and still is, everywhere in plain sight.

During those long, never-ending car rides, most kids played "I spy" or "punch-buggy," but I had my own little game, which I liked to call, "count the number of Confederate flags on the cars."

And boy, was I good at it. I don’t think I ever passed a car on the road that didn’t have something remotely related to the Confederate flag.

Flagpoles on pick up trucks, bumper stickers all over the back windows, even air fresheners came in a nicely packaged Confederate design.

The options were truly endless. I remember learning in school that the Confederate flag was a symbol of the South’s perseverance during the Civil War, and at the time, I didn’t find anything wrong with that.

I respected the fact that Southerners were so passionate about their history, and they were able to uphold such a strong community of people who were just as dedicated to the cause as General Robert E. Lee.

For years, I was swimming in an Olympic-sized pool of naivety and misinformation, fueled by racism.

Down south, racist jokes were just as common as fried chicken, and I remember being told to “get my cotton-picking-hands” out of my teacher’s desk drawer in the third grade.

When I was in fifth grade, I remember opening up the mailbox and finding an application to join the KKK, an organized pamphlet that blended in so nicely with the rest of the day’s mail.

However, at the time, none of that seemed out of the ordinary.

It wasn’t until I moved to New York at age 13 when I brought up the Confederate flag in casual conversation that I learned about what it stood for outside of North Carolina and the rest of the South.

The Confederate flag was and still remains a symbol of racism, and it only took me my entire childhood to figure that out.

In the aftermath of the recent tragedy in Charleston, government officials in South Carolina are slowly coming to terms with the fact that the Confederate flag is a flag that is waved, not in favor of Southern pride, but in favor of racism.

For me, and the rest of my friends who still live in North Carolina, this is a victory.

We are finally starting to see some progress in our fight toward racial equality, and saying goodbye to the Confederate flag is a positive reinforcement for our long sought-out efforts to say goodbye to the intolerance found in our society.