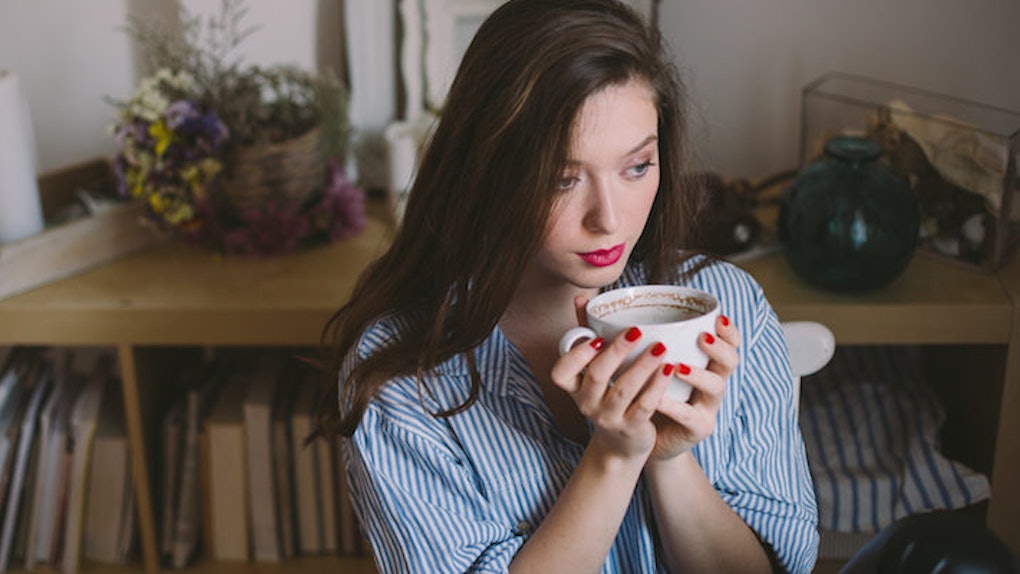 The Paralysis Of Analysis: Confessions Of A Chronic Overthinker

You know when you’re just about to fall asleep, but something is still eating away at your mind?

Maybe it's a minor worry about your mismatched socks that’s got you thinking.

Maybe you’re replaying the day’s events, stuck on that one-liner you thought of way too late or an awkward encounter with a friend or crush.

Either way, if you’ve been in this position before, you understand my struggle.

Once upon a time, my overthinking confined itself to moments of relaxation.

Overthinking has infected most other times of my day.

No one is safe, and nothing is sacred.

In every aspect of my life, I find myself constantly scrutinizing each and every move made by both myself and others.

Whether it’s an “I love you” text or a comment about puppies, I find myself always asking, "What did so-and-so mean by that? What was his or her intention?"

This overthinking is then exacerbated when I completely misinterpret the day's events.

Just yesterday, for example, I asked my boyfriend if he wanted to hang out.

It was a simple response to a simple question. It makes sense, right?

After a few hours of waiting for him to finish some homework, crazy me started thinking.

"What if he didn’t actually want to hang out? What if he doesn’t even want to date anymore?"

Turns out, my boyfriend of over a year did, in fact, want to hang out. Plus, he still wants to date.

He was merely running a bit late because he had forgotten about a recent statistics assignment.

You might say I’m a bit ridiculous, but I’d say that’s an understatement.

I’m not proud of it.

Overthinking is a real problem for me, and on some occasions, it becomes much worse.

Sometimes, my brain just won’t shut up, and there’s absolutely nothing I can do about it.

If I ever make a mistake or act like my regular weird self, I'll end up mulling over the millions of ways I could have done things differently.

Take that time I showed up to a party way too overdressed.

Yes, my dress and pumps looked killer. But no, they were not necessary for a party held in a friend of a friend's backyard gazebo.

Rather than embracing my fabulousness, I internally freaked about how everyone would judge my outfit.

I even ended up missing out on some valuable party time.

It’s times like these when I seriously wonder if I’m cuckoo or just a little too detail-oriented.

I try to remind myself to stop stressing over stupid details that are unchangeable or irrelevant. I tell myself I have to focus on living in the present.

I’ve come to learn my overthinking is merely a product of my insecurity and fear of messing up.

By acknowledging my own weaknesses, I’ve almost been able to shake this habit.

Although my brain will most likely always run on hyperdrive, I’m starting to realize I don’t have to let my overthinking take over my life.

But that’s okay because as long as I'm able to control my thoughts, I can control my life.