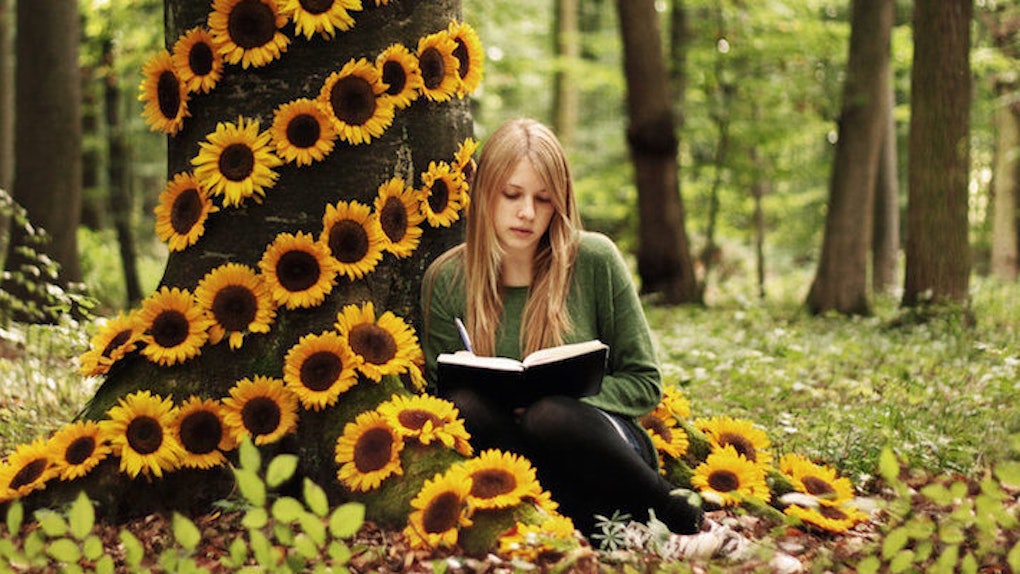 Cancers, the fourth sign of the Zodiac calendar, are those born between June 21 and July 22. Cancer is a water sign, ruled by the moon.

Cancers are magical, mysterious creatures whose many traits make them perfect writers. Here are a few reasons why:

Cancers are known to be the least predictable of all the signs. They are ruled by the moon, and their moods can shift like the tides.

While this trait makes it difficult to deal with the crab, it sets them up as great writers.

Unpredictability in a writer makes for page-turning books you just can't put down.

If you have read something by a Cancer, you can still read their other works and be pleasantly surprised.

Just look at the success of Hunter S. Thompson, author of “Fear and Loathing in Las Vegas,” “The Rum Diary” and several others. According to Biography.com, he is responsible for “creating gonzo journalism.”

His unpredictability not only spawned two wild rides of literature, but also created a whole new genre of journalism.

You can't get much past a Cancer. They are highly intuitive, which makes them great at reading people.

This heightened sense of others can attribute to a deeper understanding of human nature and what motivates people to act how they do, which comes in handy when creating characters.

She never shys away from the darker side of human nature, and she has great intuition to thank for that.

Those who fall under the crab sign boast a hard outer shell. Cancers are known to have tough exteriors, even if most are big softies on the inside.

This can only help writers in the dog-eat-dog world of literary criticism. When it comes to writing, everyone is a critic, and they will all let you know their opinion.

Writers need to have a thick skin and have to be able to handle the rough judgment that will undoubtedly come their way.

Cancers are just the people for the job. This could not be truer than in the case of Ernest Hemingway.

He was a hardened war vet turned author, and he represents the true grit of American literature.

He passes on his Cancerian wisdom on having a hard shell through his quote,

“The world breaks everyone, and afterward, some are strong at the broken pieces.”

I'll drink to that.

Cancers fight for what they want and do not allow obstacles to hinder their success.

Once a Cancer has his or her mind set on something, he or she will do whatever necessary to achieve it.

When faced with the daunting task of finishing a novel, a Cancer will have the drive to dig deep.

One famous Cancer faced a long road to success, but nevertheless, Octavia Butler made her way as a critically-acclaimed science fiction writer.

"Over the next half-dozen years, living alone in a modest Los Angeles apartment, she rose each day at 2 am to write. "She supported herself through a series of dystopian jobs: dishwasher, telemarketer, potato chips inspector."

Any writer knows of the trials and tribulations that come with the art, and Cancers are armed with a strong will and unwavering persistence.

Another prominent trait of a Cancer is "attached." They find comfort and security in their homes, much like the shell of a crab.

They are fiercely protective of their home lives and families, and allow their creativity to blossom in the comfort of their homes.

As writers spend much of their time stationary and solitary, a creative homebody would flourish as a writer.

Leading transcendentalist Henry David Thoreau epitomizes a homebody. Most known for his book, “Walden,” Thoreau writes of nature and living the simple life.

Staying true to what he knew, he wrote of his everyday musings and doings around his camp.

Cancers at home in their own territory can produce writing that is true to who they are.

These are just a few of the traits that make this water sign who they are, but they truly represent the mark of a successful writer.

Born on June 22, I may be a bit biased, but you cannot deny the merit of these amazing Cancer authors.