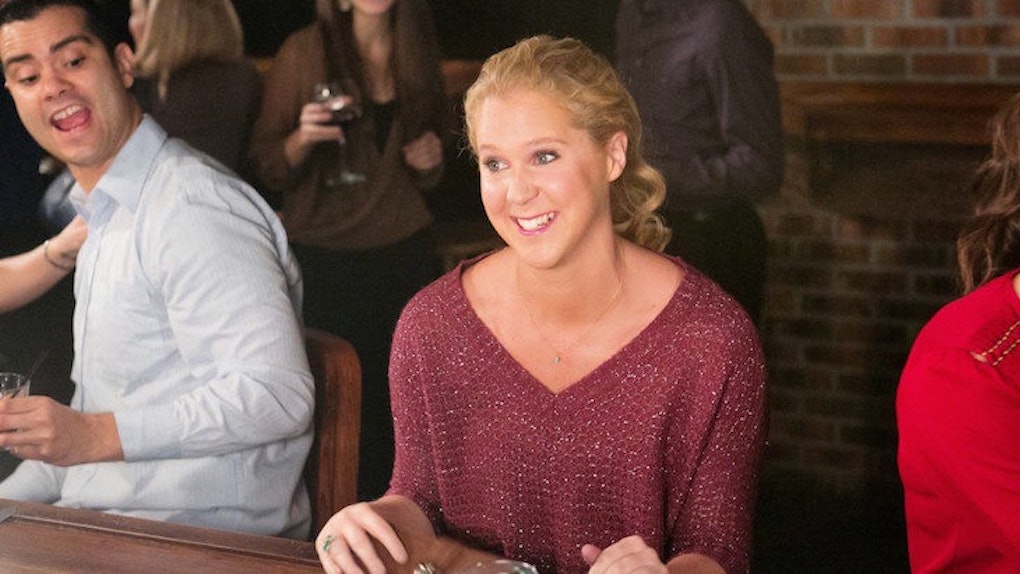 Boys Club: How Female Comedians Struggle With Feminism And Acceptance

This is an example of how I have been greeted on stage in front of a predominantly white male audience. In this specific instance, I politely thanked the kind gentleman who uttered these words for noticing the fact I do, indeed, have a vagina, and I moved on with my set.

What people, mainly men, often don’t understand is that being reminded of your gender, as a woman, affects the way you carry, view and value yourself.

I was already nervous before I got on stage, just like any other insane person who spends her time asking a crowd of strangers to judge her would be.

Performing stand-up is tough because you make yourself vulnerable by voluntarily inviting criticism. Putting yourself out there is hard, especially when you feel inferior. And you may not realize it, guys, but having someone point out that you’re a woman on stage makes you feel inferior. This is especially so, considering what a boys' club comedy is.

The second you walk into a comedy club and realize you’re one of the few women there, you already sense you’re somewhat of an intruder.

You get the feeling you’re not welcome, or perhaps not worthy of being there, and you’re going to have to prove yourself, if you want to be invited back.

If you do impress them, you’re the exception. You’re the funny girl! And guess what? There can only be one of those in the room.

This is harmful in a couple different ways. First, it puts female comics in competition against each other. If there can only be one funny girl, the few who feel they are up to the challenge are going to do anything to bring the others down in order to win the title.

I won’t lie; I’ve caught myself not laughing at another female comic’s jokes, just because I wanted the audience laughter to ring louder during my performance. (Shame on me, I know.)

The second offense is it pushes women to crave the approval of male comics. For some reason, they are the ones giving out the credit and validation, so we have to go crawling to them in order to receive it.

Again, I confess I have desperately tried to get a man who I find to be a repulsive, misogynistic dick-stink to laugh because then, I’ve somehow “won.”

I was at an open mic one night, and I got tired of hearing different, lazy versions of rape jokes. So, I went outside for some fresh air and a smoke. I joined a group of comics (all male), and found myself stuck in a sexist conversation about how dumb women are.

What a nice breath of fresh air! The conversation started with the “genius” of negging, a tactic to pick up women that strategically uses insults cleverly sandwiched between two compliments.

Basically, you get in a woman's pants by making her feel vulnerable, while simultaneously tricking her into thinking that you’re complimenting her.

She’ll fall for it every time because, you know, women are insecure, narcissistic dumb-dumbs!

The dialog then flowed into even more gripping topics, like what makes a woman a “basic bitch.” The consensus was a basic bitch is typically a female who always wears yoga pants (because comfort is for simpletons only); lets you buy her drinks all night and then doesn’t put out (because accepting offers in the form of cheap beer and not returning a man's “kindness” in the form of sexual favors is blasphemy); and takes sexy Instagram selfies in hopes of getting male attention (because self-confidence among women is not a thing).

And you know what the worst part is? I joined in. I did some impressions of a “basic bitch,” and they laughed.

Why? Because I wanted them to like me. I wanted to feel like I was part of the club and would be invited back, like I was the “cool girl” who wasn’t like the other girls.

I didn’t take offense or object to their objectifying generalizations of my gender because being the chill, funny girl means not caring.

A woman immediately loses her title as a deserved member of the comedic boys club if she makes it apparent she cares. Once she does that, she’s being too sensitive, and she doesn’t have a good sense of humor.

So maybe, I had won over their approval, but in the end, I lost an opportunity to stand up for myself and for all the women who feel like they have to earn the right to be funny.

When I got home that night, I thought about what I had participated in. I was left with bad taste in my mouth.

It was much like giving a stellar blow job. It wasn't really worth it, and in the end, it’s actually the dude who wins (yet again).

This isn't to say that all male comedians are sexist jerk-offs. On the contrary, many of them are wonderful, open-minded humans. I enjoy many of their jokes, especially the ones that don’t involve violating or objectifying a person of my gender.

This may seem like an obvious or understood concept, but I’m afraid it’s not. I know this because, while I have been told I’m a “funny girl,” or “the funniest girl,” someone knows, I have never been deemed the “funniest person.”

That word does make all of the difference.

When that man in the audience so generously pointed out I am indeed a woman, the process of judgement I was already going through on stage became that much more intense.

I said each joke with the idea I was a woman speaking to a crowd of men. My jokes were coming from a perspective they might not understand.

I feared I should be careful not to talk too much about my vagina, or make it seem like I’m trying too hard to be vulgar or cavalier.

All of the fears that already come with putting yourself out there were enhanced. Now, everyone in the room was reminded of what they could use against me: my femininity.

So, what the f*ck is my point? Honestly, I kind of forget. And I’m not so sure I had one singular point to begin with.

I guess I’m really over constantly being reminded I’m a woman because guess what? I already knew that. It’s crazy, I know, but I’m well aware of the fact I’m a female human with boobies and two holes down in the nether regions. Yet, I’m here on stage to tell you some jokes.

I’ll tell you about how I’m a woman, what that’s like and how it’s awesome, terrible, hilarious, tragic and unfair. I don’t need your help or permission with that.

I was hesitant to write this article.

I was afraid it would seem too whiny or obnoxiously self-involved. I didn’t want to seem like that girl who won’t shut up about her petty problems (not feeling equal), and turns everything into some feminist argument that makes her the victim.

I was afraid of the male comments that would tear me and my argument down. And then, I realized this fear of judgement and disapproval was reason enough to share this article.