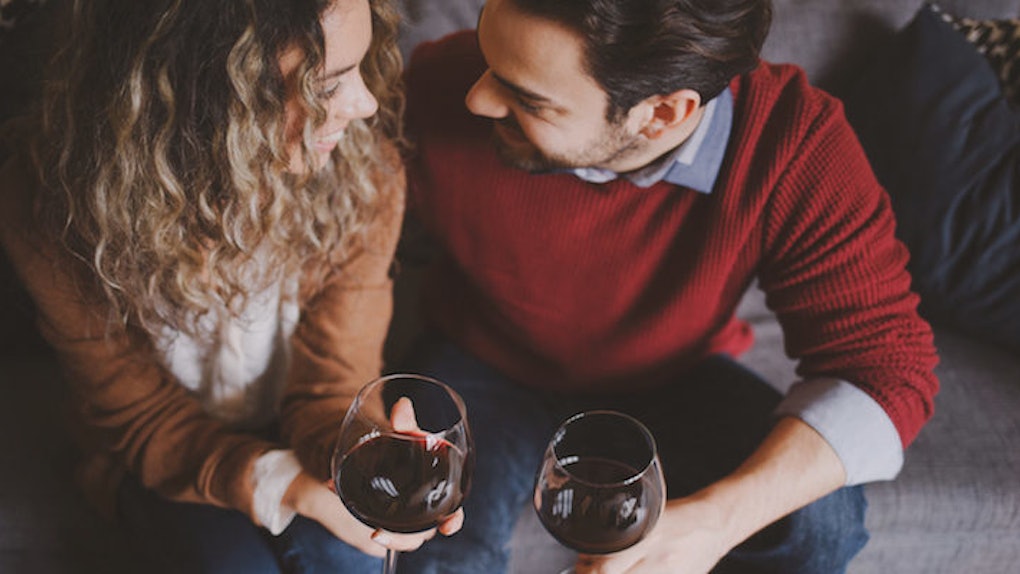 11 People On The Crazy Lengths They've Gone To For Sex

Everyone has been there. It's that moment when you're experiencing such acute, all-consuming horniness that you'll do whatever it takes to get laid, even if it involves spending money you don't have or inconveniencing yourself to ridiculous degrees.

This is the place I was in when I nearly gave myself pneumonia trying to get laid.

I was hanging out in my crush's dorm room with him and his roommates after a senior event during my last week of college. Around 1 AM, we all decided to go jump in the fountain on campus, fully clothed. I was still in my nice black dress from the event, but I figured my crush could just give me a change of clothes when we finished.

Well, I figured wrong. Because after we got back to his room, I sat soaked and shivering on the couch in his living room for three hours, just hoping to get into his bedroom already.

Not only did we not end up having sex, but I got one of the worst colds I've probably ever had in my life. Go figure.

Here are 11 more people on the greatest lengths they've gone to get laid.

What they lack in common sense, they make up for in bed.

The craziest thing I've ever done to get laid would have to be suffering through a terrible party full of Republicans just to have sex with a golfer. There are few things I hate more than Republicans, let alone parties full of them. We ended up having salacious sex on the beach because I stuck it out until the end. I got sand in places I didn't know I had, but damn it was one of the best f*cks of my life. Until I found out the person in question was also a Republican.

I faked a British accent for two months. I also changed my name to something a little sexier than what I've been given (think, Sophia Loren). I was busted when one of my friends blew my cover by calling me my real name and asking what my accent was. At this point, he may have kept sleeping with me, but i was too ashamed to ever show my face again. In hindsight, I probably shouldn't have been going after a guy who thought my dirty British accent was real.

Avoiding AA, one failed hookup at a time.

I never go to clubs, but I was in the middle of a major dry spell and figured I'd get really drunk and see what happens. I didn't get laid, but I did wake up with a black eye, a missing wallet and a phone filled with regrettable texts to too many of my female contacts. On the bright side, I started drinking less after that.

At least she graduated on time.

Drove to my boyfriend's apartment to f*ck him three hours before my parents were supposed to arrive in town for my graduation. And of course his roommates were home, so we had to have sex on the floor, and I had to bite a pillow so we didn't make any noise. Oops!

I was in high school. I couldn't go to my house or my girlfriend's house, so we did it in a movie theater. No one noticed.

I'm not really sure who the winner was in this power play.

My ex and I were in the 'off-again' phase of our relationship, but I missed him (read: his perfect penis), and I needed a good dicking. My ex and I hardly ended on good terms, but the good thing about having an ex in the same borough as you is not only do you know exactly where he lives, you have easy access to the place. Anywho, one night, I thought it'd be a good idea to get drunk with my friends and then pull what they later coined 'a Sheena': AKA showing up at a man's apartment, uninvited, in the middle of the night, looking for some D. I got to my ex's apartment at about 2 AM, hoping he'd still be awake. I rang the doorbell. It turns out I woke him, but I was not sorry. We went into his bedroom, and he sat down in his computer chair. He insisted how horrible of an idea this was, how much he didn't think I'd emotionally be able to handle it, yada yada yada. I told him to shut up and take his pants off before I changed my mind. He took his pants off. I f*cked him on his computer chair. When we were done, he said a f*ckboy thing, I slapped him in the face, and I marched out of there feeling like a BAMF.

I hope he made you come at least five times.

I once drove five and a half hours from NYC to Rochester to go see this guy I was kind of seeing do stand-up at a tiny comedy show, but I had to be back home the next day early in the morning. I drove up, saw the show, got laid, drove back without sleeping. OK, maybe I spent a lot of money on gas that day, but I'd say it was worth it...

Now THIS is resourceful.

I have this f*ck buddy who is somewhat unreliable, and whenever we make plans to have sex, they're mostly last minute. So the other night, I went out with my friends, not anticipating I'd be spending the night at my f*ck buddy's because he never responded to my 'Wanna bang?' text from that morning. As the night grew later and I grew hornier, I thought I'd check in on my f*ck buddy again. When I looked down at my phone at 1 AM, I had already gotten a text from him that said 'come on over whenever.' But I wasn't prepared (unshaved legs, wasn't wearing my sexy underwear, didn't have my toothbrush, etc). So I hopped out of a cab my friends and I were in, and ran into a 24-hour Duane Reade to buy razors, shaving cream, a toothbrush, some mints and, of course, some condoms. I swiftly arrived at my f*ck buddy's by 2 AM and asked him if I could grab a quick shower. I shaved every orifice of my body. I went into the bathroom looking like the beast from 'Beauty And The Beast,' and came out a sexual goddess. We banged. It was a great success, if you ask me.

Had a girlfriend on the soccer team. It was her birthday, and the team was throwing her a party. I, as her boyfriend, had to be there and was the only guy in attendance. A party with all girls may sound good to some, on paper, but in reality, it's a f*cking nightmare. And where there's an all-girl team, there is probably a lesbian, or two, or five. So while the more sexually curious girls preyed on the 100 percent straight girls, I sat, watched baseball (a sport I hate) and drank Bud Lights for a few hours. Had to wait it out until we got back to her place. Was a drag. Maybe not even worth it. Note to all men for the future: If whatever you think you have to do to get laid seems extravagant, it probably is, and it's probably not worth it. Just swipe on Tinder, honestly.

There are so many horrible things about this.

I drove all the way to White Plains to f*ck a dude. WHITE F*CKING PLAINS. It was at midnight, it took two hours, and I paid all the tolls. Then he had a small penis.

What did you guys even talk about?

I went to my ex's summer camp that he worked at in Maine. His mother drove me. I live in New Jersey.