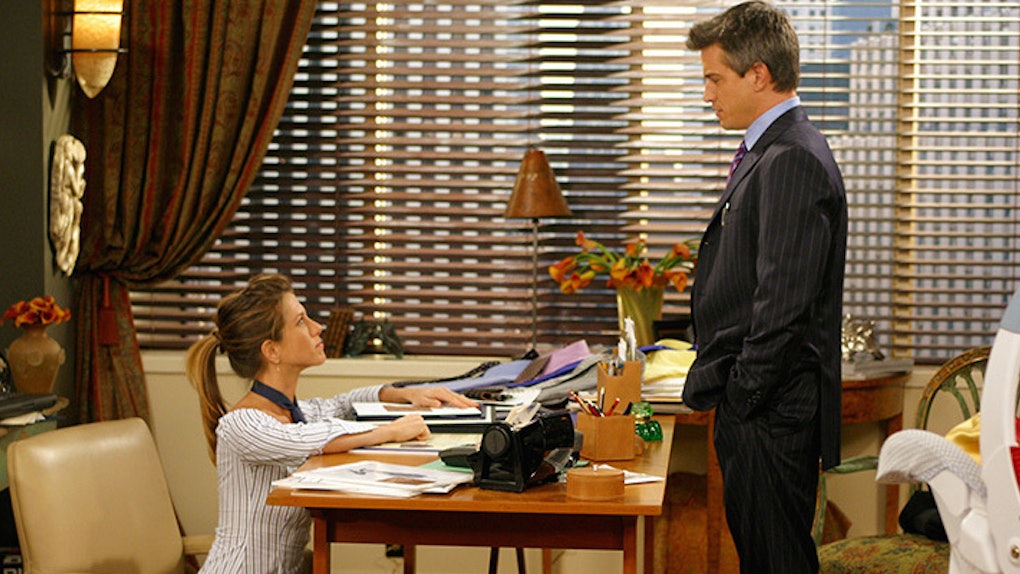 Have you ever seen the preview of a new email from a colleague pop up on your desktop and gotten that “uh oh” vibe?

We've all been there. You get into a debate with a colleague over something. The back-and-forth escalates until your counterpart decides to sweep the leg.

Maybe it happened in a meeting; maybe they shredded your proposal in an epic reply-all. However it comes about, navigating a clash of ideas with this kind of passion is tricky.

Doing original work generates disagreements; your ideas will inevitably run counter to someone else's. And whether your preference is to avoid confrontation or fire back immediately, resolving these conflicts is part of your job.

The best leaders can work with their peers to reach the best answer for the business even amidst intense clashes of ideas.

Navigating conflict without taking criticism personally or letting the back-and-forth sap your energy is not only an important skill, but it's also critical for maintaining your own and everyone else's productivity.

Every time you help your team reach a productive outcome in this kind of situation, you have a chance to raise your stature in the organization.

But what makes clashes of ideas so challenging?

As counter-intuitive as it sounds, the most intense conflicts are often with those we understand best.

The conflicts may arise less frequently, but when two people with the same expertise and backgrounds arrive at opposing conclusions from one set of facts, it can be extremely challenging to find any compromise.

Bill Ackman and Carl Icahn's high-profile dispute over Herbalife has been a recent great example. Two billionaire investors evaluate the same company, but one decides its a pyramid scheme and shorts the stock while the other buys the stock and joins its board.

The dispute was ferocious and personal for both men because they're both experts; only one of them can be right. One of them must lose and look like the rube.

Usually, what we fear in a heated debate is not so much our feelings getting hurt or even our fortunes being affected, but rather our professional credibility and stature being challenged.

Idea conflicts are most easily resolved when the parties are more interested in getting to the right answer for the business than they are with being right. That has to be your guide in any conflict of ideas.

Follow these tips to come out on top, even if your idea isn't the one that carries the day:

Step one is recognizing there's a debate to be had. When someone challenges your ideas with their own, it's time to engage.

You don't have to defend your ideas to the death, but ignoring debate isn't healthy for the organization or your career. Engaging in debate is part of being a knowledgable worker.

Engaging in debate is part of being a knowledgable worker.

2. Listen to criticism and be honest with yourself.

Listen closely to criticism, even when it stings. Don't worry about saving face if you need to backtrack on an idea of your own. Just say, “You're right,” and then figure out what to do next.

On the other hand, if you truly believe the other person's arguments are incomplete or flawed, then you're doing the organization a disservice by not pushing for a better outcome.

People can be passionate about their ideas, and that sometimes manifests itself as passionately attacking your ideas.

Always strive to be the calmer person for it positions you well in any debate. Don't take criticism of your idea personally, but if the other person crosses the line, don't be afraid to enforce decorum.

Just saying, “That was a little abrasive; let's keep it civil,” will make most people cool it.

Plus if the other person really is a jerk, then you've stood your ground.

Sometimes you simply have to go pick one or the other.

Compromise is only the right option for the business when it allows you to make the best possible trade-offs among competing priorities.

But don't look for compromise if your only goal is to placate a colleague who's making a stink.

When you can't (or shouldn't) find a midpoint between two choices, you're better off looking for a mediator to break the logjam than finding a half-assed compromise that won't deliver as much value.

5. Respect the final decision (especially if it's yours).

When the final decision is made, you owe it to the organization to support it and give it an honest chance to succeed.

And if the final decision is yours to make, be decisive. It's the least to you can do for everyone else to show some backbone, especially if your decision is going to be unpopular.

If the final decision is yours to make, be decisive.

You can explain how you'll reevaluate down the line, but make it clear to everyone it's time to move on from this conflict. The rest of the team needs it as much as you do.

You can't prevent conflict, nor should that be your goal. Leadership requires demonstrating willingness to engage thoughtfully as well as knowing when it's time to make a decision and move forward.

Be respectful and decisive, and you will get respect in return.