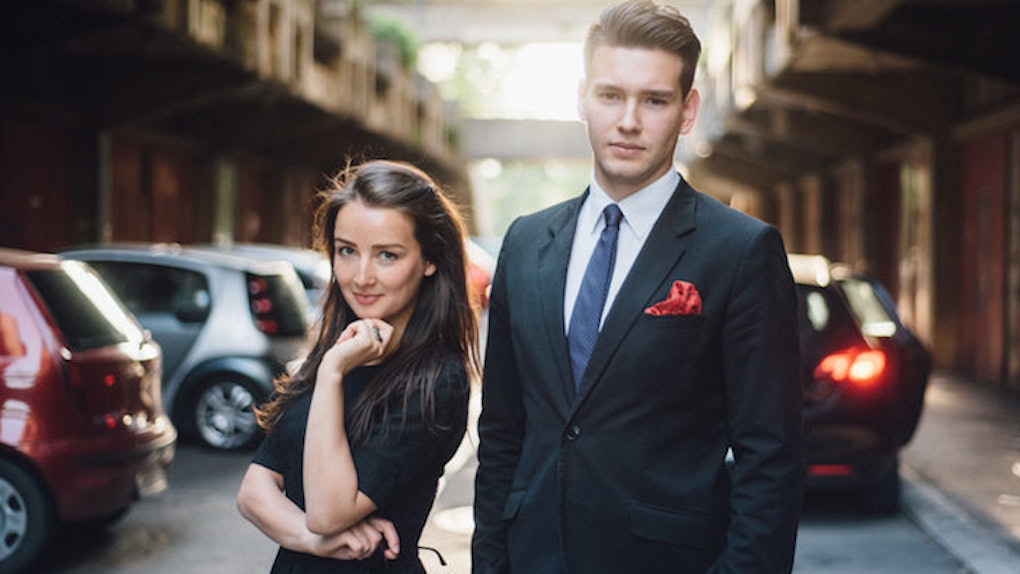 14 Reasons Why Competitive People Are Better In Life, Business And Love

Competitive people make the world go round. They're the reason you have the technology you use, the clothes you wear and the world you live in.

What most people don’t comprehend is the sheer amount of drive necessary to make a true difference.

The greatest artists, doctors, entrepreneurs, politicians, designers, engineers and architects -- you name it -- were able to get to where they are only because they were competitive.

No matter what you are trying to accomplish in life, there are thousands -- maybe even millions -- of others who are trying to do the exact same thing.

Competitive individuals control literally every aspect of our lives, from the food we eat to the things we tweet about. Competitive people make the news, make a difference and change the world.

Competitive people are better in life, business and even love. It’s true. Take a look for yourselves.

1. They can’t stand the thought of others living the life of their dreams while they don’t live theirs.

They do all they can to turn things around. If other people can do it, so can they.

2. Whether it’s in business, love or life in general, they never stop striving to do better.

They also refuse to stop trying to be better; they are their biggest competition.

3. Competitive individuals are usually the most creative.

It’s not that they’re born that way. They hate the idea of losing so much that they will come up with the craziest schemes to get what they want.

4. Having a competitor in business keeps you on your toes.

As a good friend of mine once told me, “I have to carry my own weight -- if I don’t, my partner will leave me behind.”

5. Having a competitive partner in life also keeps you on your toes.

Even if your partner isn't competing with you, your energy will rub off on each other.

6. Though they sometimes get a bit out of hand, competitive people usually manage to live happier lives.

As long as they don’t become too disappointed by failure, competitive people are generally satisfied by how they've completed their goals.

7. Dating a competitive person is wonderful; he or she wants to be the best partner you’ve ever had.

Competitive people want to take you on the best dates and create the most memorable moments. And they will most definitely perform in the sack.

They have no issue toughing it through the difficult times; they know that things will be better on the other side of the tunnel. They’re more hopeful than the average person.

9. They truly and honestly believe in themselves.

They don’t let doubt cloud their judgment. When they want something to work, they make it work.

10. A competitive person's comfort zone is much larger than yours, and it keeps on growing.

Having a competitive person as a life partner will expand your own boundaries.

11. Competitive individuals -- at least the more mature, experienced ones -- are often incredibly emotional.

But they've managed to control their emotions. They compete because they're moved to compete. And they don’t give up, because they don’t allow their negative emotions to get the better of them.

12. They have a positive outlook on life.

They focus on the good and ignore the bad -- sometimes almost to a fault. They are great in business, dating and friendships. They manage to seek out the best in any situation. And if they can’t do that, they'll find the way out.

If they didn’t, the human race would make no progress. But it's not all good: If competitive people weren't around, we wouldn’t have even one-hundredth of the issues the world has today.

We need to weed out the bad apples -- the people who are destructively competitive.

14. People aren’t competitive for the sake of it.

They’re competitive because they feel they have to be. They have a need to live life to the fullest. If living is doing, then competitive living should be the goal.

Competitive people may not always be better people, but competitive and kind people almost always are. Simply put, they do them better than you do you.