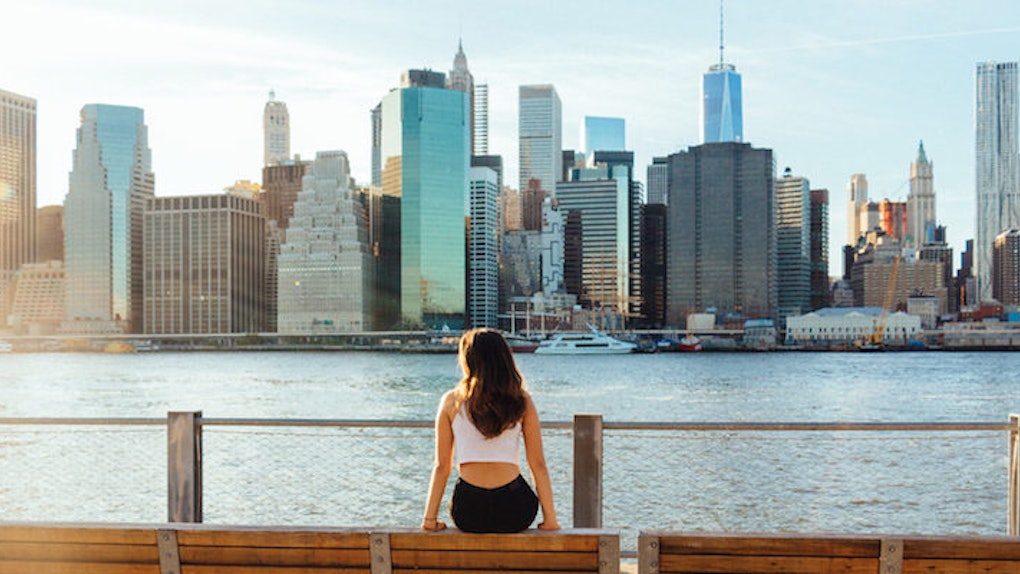 5 Post-Grad Realizations That Prove We're All Winging It

Let's face it: Graduating from college is the worst. There's no sugar-coating it. You now have infinitely more responsibilities with significantly more on the line. You have to make your own money, pay your own bills and wear pants that aren't leggings.

One year ago, I was unwillingly shoved into the post-grad life, and while wearing something other than sweatpants every day is less than ideal, I have discovered that many things don't change, or are at least, aren't much different than I expected them to be.

Yes, responsibilities are intimidating assholes, but life is really just one big whirlwind dragging everyone around. I don't know how promising this is for humanity as a whole, but for us post-grads, these realizations will ease the weight of reality and help chase away that post-grad depression.

1. No one knows what the fuck is going on.

With the exception of a minuscule percentage of humans who have somehow managed to get all of their shit together, this one is all-encompassing. Seriously, no one knows what is happening.

While it may be one confusing mess, at least we're all in it together. Every entry-level person at your work is Googling how to do things.

Most of them have no idea what the date is and no one, I repeat no one, knew about today's meeting until Google reminded them minutes before.

I was convinced that my excessive alcohol consumption would drop significantly after I left college -- and boy, was I was wrong.

Life in the professional world revolves around alcohol. Mornings are spent recovering from the night before with concerning amounts of coffee.

Once you're sufficiently caffeinated, afternoons are spent watching the clock until you can take that first sip at happy hour with your coworkers for the fourth night this week.

No, you can't be blackout regularly, and day-drinking is a thing of the past. The professional world is completely accepting of consuming large amounts of alcohol when the workday ends. They understand the struggle. They almost encourage it. Almost.

3. Men are nowhere near as mature as you expected.

Actually, it's hard to even call them men considering they still have messy rooms, play video games and smoke weed all the damn time. Essentially, they're the boys you knew in college, with more chest hair and real jobs.

Fart jokes are still hilarious, as is the word "boobs." But, hey, at least there's still no pressure to impress them!

4. Women aren't any more mature than the aforementioned men.

We still drool over celebrity crushes, obsess over our appearance and have sleepovers with 12 bottles of wine. Yes, it's always harder for us to recover the next day, but it's nice knowing our much-needed girl-time doesn't suddenly vanish once we enter the real world.

5. Hanging out with your parents and their friends is the most fun you can have.

This may sound depressing at first, but, trust me, it's not. Parents know what's up. I mean, they had to deal with you, so of course they have an incredible sense of humor, and their drinking skills are truly impressive.

Now that you're a true adult, parents and their friends will treat you as one. They tell you all the stories they couldn't tell you before, like that one time your dad got arrested for streaking on Halloween, or the summer your mom moved to Spain and got engaged to a guy named Rodrigo.

In all seriousness, life in the post-grad world isn't so bad. No one knows the right answer, which can seem discouraging, but also means you can do whatever you think is best for you. So, get out there, drink your wine and own your new adult title with complete and utter confusion!