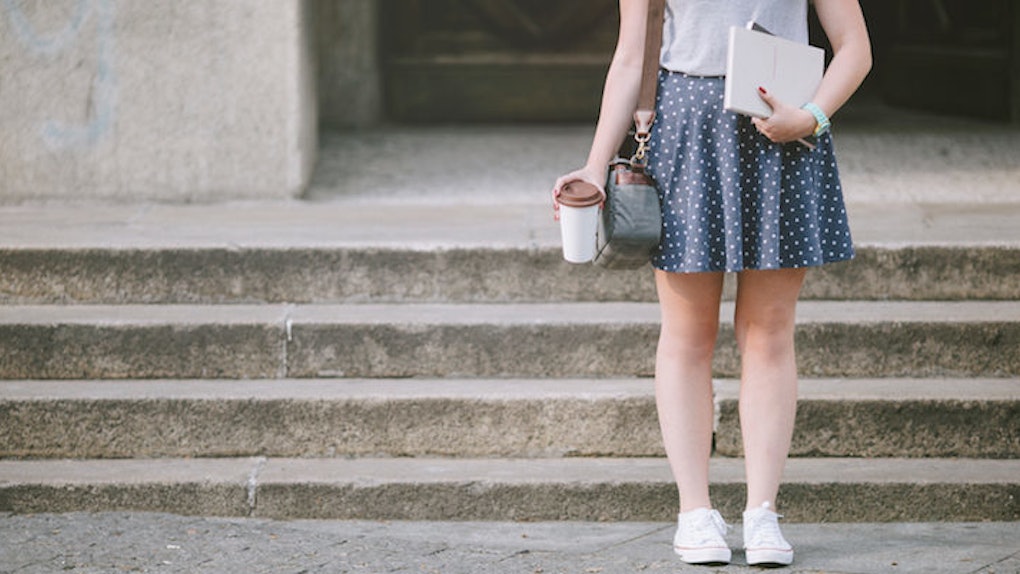 College Won't Be The Best 4 Years Of Your Life, And That's Perfectly Fine

As graduation approached last year, I was filled with incredible anxiety and pressure. Ironically, none of it was the result of final exams, but that's a different subject. I was on the brink of a significant milestone (particularly in American culture). Yet, I felt a little empty.

I had been told for the better part of four years that college would be the best time of my life. But here I was, almost holding my breath until the end. I just wanted to get through it. I've had a decent amount of time to reflect on my experience, a time people often refer to as "the best four years of your life."

For some of us – maybe more of us than you think – college wasn't the big party that social media makes it seem. I didn't party, drink or do crazy, rebellious things. I was often homesick, worried about my future and stressed out about grades. I felt like an outcast for not fitting into the stereotype. I assumed I'd never make it in the "real world," as if the real world was one big frat party.

The good news is, life has gotten better post-graduation. While there is now an entirely new set of challenges and experiences, I'm confident the best is still to come. The extreme freedom in college might be gone, but the adventure is not.

As graduation season creeps up, I want to highlight a few reasons college isn't really as fabulous as society makes it out to be. It's easy to look at the past through rose-colored glasses, but in this case, I'm getting real.

We've all been there, and we all know the truth. So, let's not glamorize it:

Let me tell you, 8 am class and the "best years of your life" are not synonymous. Of course, this is unless you were one of the kids everyone hated because your earliest class was at noon.

You did college right. Chances are, you will have to be at work fairly early in the "real world." But at least this time, you'll get paid for showing up.

2. You spent money on textbooks and food (in that order).

If you were anything like me, you probably didn't need to open the textbook as often as your professor said you did. I learned my lesson by senior year.

3. You were always broke, especially after buying said textbooks.

In college, you had to rely on your parents for every last penny. Once you settle into a career, you'll have the ability to manage your own finances and spend your hard-earned money as you choose.

Sure, you might have to decide between groceries and the new Lululemon crops you "just need," but there's something oddly satisfying about making purchases confidently and independently.

4. You went through daily internal battles about what you wanted to do with your life.

Unless you were the rare breed who went to college with a concrete plan and left with that same plan accomplished, those battles were never resolved. No, it didn't even happen after you were somehow handed a diploma.

Once you graduate, you will learn you are not strapped down to one career. It's possible to change paths (within reason). Instead of seeing the future as consisting of "majors and required classes," you'll learn to see it as consisting of "opportunities and adventures."

Truth be told, the best things in life don't come in plastic bottles. Imagine a world where you can confidently hand over your ID because – dammit – you have the right to purchase that drink. That is life after college, friends.

Don't you love going home after a full day on campus to even more work? Seriously, it's the best four years.

For those who are dreading graduation, just know a diploma doesn't mean you shrivel up into an old ball and die. You're 22. Let's have some perspective.

For those like me who found college life to be more difficult, please know you haven't reached your peak yet. You get better. Life gets better. Memories of college are put into context. College is an exciting, adventurous time, but it's only the start of your life.